Share All sharing options for: Biggest Cougar football weekend of 2008? 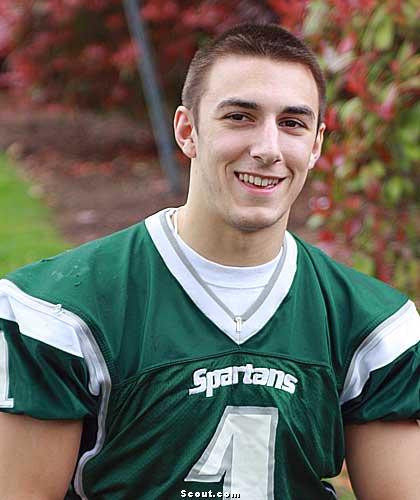 The 2008 WSU football season is over, but that doesn't mean football has shut down -- far from it.

According to CougFan.com, no less than five recruits who have made verbal commitments to WSU are making their official visits to Pullman this weekend, including the only four-star recruit of the class, Skyline wide receiver Gino Simone (above).

There have been a lot of rumblings that Simone is rethinking his commitment, so this could be a particularly huge weekend for the program. He is a shifty receiver who would seem to be a perfect fit for the WSU offense. Also reportedly visiting this weekend is another familiar face to Washington high school football fans, Bellevue safety Jamal Atofau.

This is a particularly tenous time for the recruits. Verbal commitments are nonbinding, and with a tough season in our rearview mirror and with a new coach across the mountains, you better believe some of these recruits are going to get an earful from people wanting to change their minds.

However, nobody has decommitted yet, and the class is still ranked sixth in the conference by Scout.com. But we wouldn't be Cougs if we didn't have rejection anxiety, would we? (Thanks for that, Jonathan Stewart!)