Now, Coug of the Year gets a little more interesting. A gameday 7/10 matchup for you:

Jim Sterk is arguably the guy responsible for most of the people in this bracket. He brilliantly brought in Dick Bennett as a consultant during the 2003 coaching search, then decided Dick was actually the best man for the job. He brought him to Pullman, took him to Coeur d'Alene to get him disoriented to the area, got Sherri Murrell to make her recruiting pitch, and the rest was history. Oh yeah, he also helped keep Tony in Pullman once the rebuilding job was finished.

Some of Sterk's hires have been home runs, some haven't. Bill Doba? A logical choice, but one that never really panned out. June Daugherty? Inspired, even if it was a sudden burst of good fortune. Sherri Murrell? Brian Heffernan? Didn't really work out. Paul Wulff? Andrew Palileo? The jury is still out, but we like what we've seen so far. The real coup was the Bennetts, and what a difference it has made.

Perhaps most notable is Sterk's loyalty to WSU. He's taken a school with limited resources and an imperfect location and made things work. He's done more with less than arguably any BCS school in the country has. You'd think one of the "big schools" would have plucked Sterk away from us, but he's still here. He likes being a Coug, and that attitude trickles down to the coaches he hires. 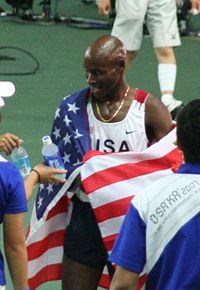 Polls are open for three days.