First, how's about a bracket check? (click to enlarge)

We're down to eight. On the right side of the bracket, things went pretty much as expected - all of the top seeds advanced. On the left, we had three upsets, including a 12/13 pairing in the Rick Neuheisal Regional final. The winner of that one will play the winner of tonight's matchup for a shot at Coug of the Year.

First things first though. Thanks to some vigorous campaigning by Jo-Jo, Matt Potter came through with a first round upset of fellow under-appreciated Cougar women's coach Jane LaRiviere. Potter's reward - a potential drubbing at the hands of Mr. Anthony G. Bennett.

Does Matt Potter have enough momentum to pull off the biggest upset of the tournament? Is Tony Bennett truly unstoppable? Was Kurt Cobain actually murdered by Courtney Love?

Your votes will determine the answer to two of those three questions. 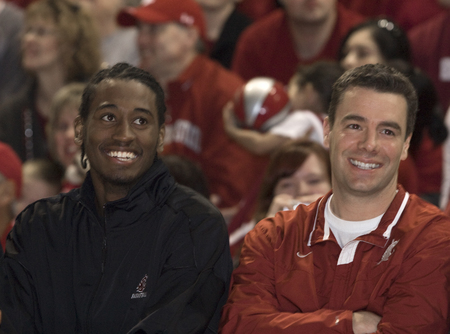 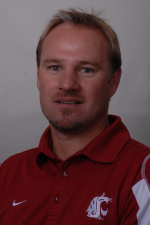 Polls are open for 72 hours.