Prepare yourself for Thompson Thursday

Share All sharing options for: Prepare yourself for Thompson Thursday

We all know Klay Thompson. We all know he's an exceptional player, and he's critical to the future of the Cougar program.

But did you know he has a brother? Who plays for Pepperdine? Who is also pretty good? 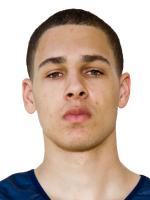 The elder Thompson is a 6'7" sophomore forward for the Pepperdine Waves. And yes, his name is spelled Mychel, not Mychal like his father, the former #1 NBA draft pick. He was fifth in the WCC in three-pointers per game last year, and sixth in steals per game.

If you want to have a look at his game, you can do so tomorrow night on FSN when Pepperdine hosts Gonzaga. It follows the Coug game (and the Husky game) at 10:30. Actually, the two Thompson brothers will be playing at the same time (6 p.m. Pacific), but in the Pullman area the game will be tape-delayed for the late night slot.

Thompson leads Pepperdine in scoring this season with 11.3 points per game. That's only 0.2 points less than the third leading scorer for the Cougs, one Klay Thompson. It may be a fight to the finish to see which brother wins the Thompson family scoring title.

I think the conclusion I've drawn from looking up Mychel Thompson's stats is obvious. He should transfer to Washington State.

Also, get Donnie Marbut on the phone. We need to try and pry this guy out of his commitment to UCLA.