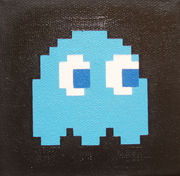 Comments: Why not a failing grade? Well, for one, like pretty much everyone, I'm a Jeff Tuel homer. Also, if you check the stats from both Marshall Lobbestael and Tuel in the ASU game, they were pretty darn serviceable. In fact, I would say the two interceptions tossed by Tuel in that game had more to do with the fact his offensive line was getting blown up around him. Granted, he succumbed to the pressure, but he's still a true freshman and mistakes are very understandable. Hopefully he learns from them, and improves. At the moment, he already seems to be progressing more than the elder Lobbestael.

Speaking of Ocho Rojo, we've been in search of an effective Lobbestael for quite some time, and he doesn't seem to be coming. His 5.3 yards per attempt is close to Tuel's, but it's based off a much smaller sample size. His accuracy is more worrisome - you can see it on his throws and on the stat sheet with a 39% completion percentage and a 0:1 TD:INT ratio. For the year Lobbestael is completing 46.7% of his passes - it's troubling to see him regressing even with a couple of games under his belt. Unlike my co-bloggers, I still believe there's hope that Lobbestael can be an effective Pac-10 quarterback. But it's going to take time, and at the moment it looks like Tuel is just as effective. Not to mention the hope that JT has the higher upside.

So, let's talk about Tuel. We have, yet again, a small sample size thanks to his injury against Oregon and the fact he came on in relief against USC. The second half against ASU was his breakout performance: two touchdowns, including his school-record 99 yarder to Johnny Forzani. That against no interceptions, keeping the Cougs within striking distance against one of the better defenses in the conference (not to mention a defense that guaranteed he'd have no help from the run game). His 5.4 YPA is something to get concerned about, however. It's less than the team yards per attempt (5.7), and 109 teams in the FBS currently have averaged higher YPA during the season. Still, nothing to panic about. Yet.

He's no Jake Locker, but Tuel has mobility. The only issue so far seems to be - and this was especially true in the first half against the Devils - he hasn't learned yet to keep looking downfield when he's forced out of the pocket. Several times already he's taken off and run for minimal gains when the better decision is to try and get the ball downfield. He needs to be especially careful when you consider injuries are common among scrambling quarterbacks that aren't afraid to take a hit. JT's also struggled with decision making under pressure, something any true freshman would. That aspect of his game will improve, but for now Wulff may need to simplify things for him in the offense, and try to let Dwight Tardy and the run game set up the pass.

How to improve the grade: The number one thing is getting a positive touchdown to interception ratio. Number two is finding receivers deep, at the least in the 10-20 yard range, and getting that yards per attempt average up. In fact, it scares me how low Tuel's average is, even with the whole 99-yards-on-one-pass advantage he has. If we can find any effectiveness (or healthiness) out of Kevin Lopina or Lobbestael, great. Although it doesn't necessarily help us going forward. The remainder of the season is still all about getting Tuel experience and making him prepared for his future as a Pac-10 starting quarterback. It's not going to be easy, but the best teams in the conference (minus Cal) are now behind us. There's no reason to think Tuel can't have success and turn some heads in the final six games. Just please please please no one get hurt.