First, and most importantly: 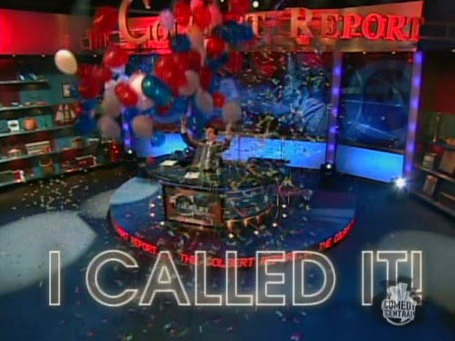 For those of you who may not know: on our weekly CougCenter podcast, yours truly predicted a 49-17 Golden Bear win last Tuesday. Today, it came true. So take that, world! I can predict stuff!

Other correct predictions from the podcast:
-The Cougs would score over 14 points
-Best wouldn't top 200 yards rushing (I mentioned I could see both Best and Vereen doing it combined, which they did)
-WSU would force less than two turnovers (had one INT)

So, when you need accurate predictions on things that are absolutely meaningless in the bigger picture of life, don't be afraid to hit me up.

Now that my self-righteous streak is over, let's talk about how we got to that conclusion.

Once again, the Cougs started out a football game by unraveling quickly. California's Jeremy Ross took a Patrick Rooney opening kickoff 54 yards back to the WSU 29. Two plays later Kevin Riley found Jahvid Best for a touchdown pass (Really - you couldn't just let him run it in? You have to toy with us in the passing game too?). 7-0 Bears.

The Cougs went three-and-out on their first possession, setting up Riley for another touchdown drive. The conclusion of this one was a 37-yard pass to Marvin Jones. Following yet another three-and-out, Jeremy Ross took a Reid Forrest punt 79 yards to the house. Just like that, it was 21-0 in favor of Cal with little over eight minutes remaining. In the first quarter.

Following a nice Cougar drive and a Grasu field goal, Cal would score twice more. Kevin Riley, clearly intent on having a career day, found Shane Vereen for another passing TD. Later, Jahvid Best would break a 61-yard run in the second quarter to put Cal in control, 35-3. Another barnstorming of the Washington State Cougars had begun.

Thankfully, that was the end of Cal's fireworks. Jeff Tuel would find his new big play receiver, Johnny Forzani, for 68 yards and a score. In the two-minute drill, Tuel was phenomenal orchestrating the offense on a drive that would result in a 19 yard Gino Simone touchdown. The Cougs actually arrived at the half with some momentum, now trailing 35-17.

The second half was a decidedly different tale, but with a similar outcome. In other words, it was a low scoring affair with the scales still tipped in Cal's advantage. Riley's 61 yard pass to Ross would set up a Jahvid Best rushing touchdown, capping an 89 yard backbreaker of a drive. Cal led 42-17 at that point, and would add a Shane Vereen touch in the fourth to bring about the final score. Despite some effective play from Jeff Tuel and the Cougar offense, WSU would fail to score in the game's final thirty minutes.

Player of the Game: It has to be Jeff Tuel. Our true freshman quarterback had a career day: 354 yards, 2 touchdowns, 0 interceptions, on a 28 out of 42 performance. He's showing maturity already at a position where we desperately need it. I know Cal fans aren't the biggest fans of their defense, but this was an excellent performance regardless of the conference opponent.

Play of the Game: For the second straight game, it's a Jeff Tuel to Johnny Forzani strike. This one went for 68 yards and a touchdown - small potatoes compared to the 99 yard pass play against ASU - but impressive nonetheless. Forzani has an obscene 39.7 yards per catch average this season (over 7 receptions). Yet another reason why I love Canadians.

It was over when... You could go with the Best breakaway to make it 35-3, but Tuel gave the Cougars just enough hope that Best's next touchdown was the real backbreaker. That was the two yard run to cap an 89 yard drive, and put the Golden Bears up 42-17 with 11:07 to play in the third.

Stat of the Game: WSU had 13 penalties for 114 yards. Even in a losing season, with a lack of talent on both sides of the ball, the one thing a football team has full control over is its discipline. And the Cougars certainly didn't show it on this day, getting flagged six more times and for 54 more yards than the opposing team. In a game where the Cougars were only outgained 559-440 in total yards, penalties, special teams and defensive miscues kept Wazzu from making this a contest. And it's a shame that it wasn't.