Quincy Pondexter is sort of smart, sort of not

Share All sharing options for: Quincy Pondexter is sort of smart, sort of not

So, my friend Seth alerted me to this recap of a live chat Quincy Pondexter had on Percy Allen's Husky basketball blog at the Seattle Times. Seth's a Husky fan -- and a good guy -- so he thought it would be nice to pass along this little nugget, in case I missed it:

Now, I'll go ahead and give him props for singling out Weaver. I mean ... duh -- Weaver is one of the top two defensive guards in the Pac-10 this decade (Darren Collison being the other).

I'm not going to flog Pondexter too much for this. After all, the nature of these live chats is that guys have to come up with off-the-cuff answers to completely random questions, so it can be hard to come up with complete answers that reflect all the information available. That's clearly the case here, but I can't let another person pass along the myth that Overton is some great defender, let alone one that worthy of even being mentioned in the same breath with The Name Above All Other Names.

At the height of his powers, Weaver put up a 4.1 steal percentage (as a junior) -- good enough for 40th nationally. Overton put up a 3.6 mark this past year. That's comparable to Weaver, right?

Unfortunately, that would completely ignore Overton's astoundingly awful 5.2 fouls called per 40 minutes, which begs the obvious question: If he's such a good defender, why does he have to foul so much? Weaver never exceeded 3.2 fouls called per 40 (as a sophomore), and as senior, he only committed 2.3 fouls per 40.

However, come to think of it, I guess I can almost see where Pondexter might put Overton in that class -- he only has to practice against Overton, where there aren't any of those pesky referees there to call any fouls. Of course, Overton and every other Husky will tell you that all those fouls -- all 5.2(!) per 40 minutes of them -- are completely unfair and totally not fouls in the first place ... 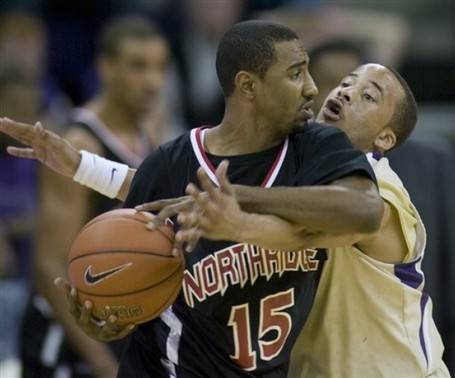 Click on the jump for more of Venoy's greatest "hits"! 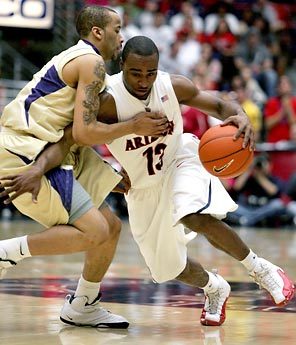 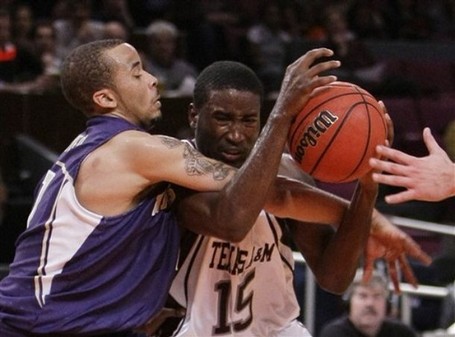 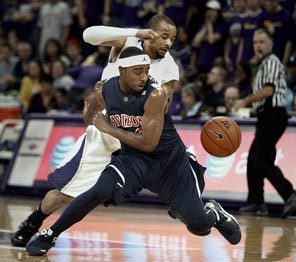 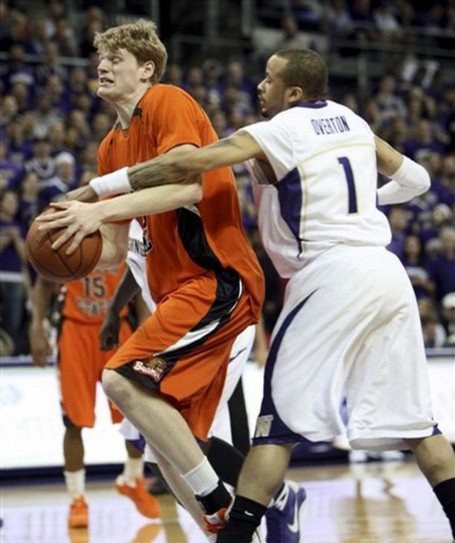 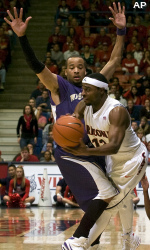