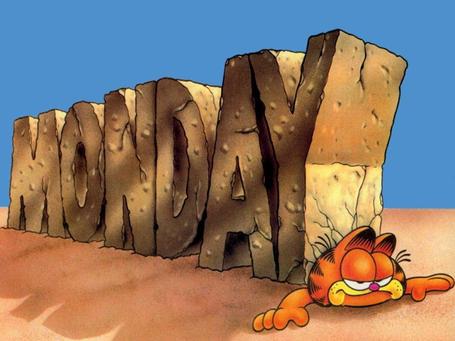 Ever had that feeling?

Yeah, that was how I felt today. It wasn't so much that this Monday was so much busier than any other Monday. It's just that I normally feel super motivated to find even just a few minutes to write some things. I'm usually full of observations and rarely short on things to say -- any of my friends will tell you that -- but after what happened on Saturday, I found myself at a loss.

Usually, Monday and Tuesday are spent looking back. What went right? What went wrong? How can the game be built on?

There was nothing redeemable about that debacle in Autzen, which is kinda scary -- it reminds me oh so dangerously much of last year. We launched this site right before last season, and it was right about this time last year that we started looking toward basketball season because there just wasn't anything left to say about the football team. Not exactly a recipe for growing a new site.

Before Saturday, there was some hope that this season was heading in a different direction. I still believe that it is. But when the Cougs throw up a stinker like they did against Oregon, well, the result is that they're now teetering on the brink of the worst possible outcome this season: Complete and total irrelevance for the second consecutive year before the season is even half over.

How to avoid it? I think our expectations moving forward are reasonable. Show us some growth and give us something to look forward to. Get Jeff Tuel back on the field. Have 10-15 first downs, score two touchdowns. Hold another opponent under 30 points, and make some plays in the process.

These things are modest. But they're important to keep us feeling like we're moving forward and interested in watching the team's development  as this season heads into its second half.

And they're important to giving me enough things to write about. I really would rather not have another Monday like this the rest of the season.