Share All sharing options for: Ranking Teams is Hard

Last week, one of the big "controversies" of the AP Poll was the ranking of USC ahead of Oregon, even though the Ducks had obliterated USC only a few weeks prior.  No worries this week however, as USC has fallen all the way to number 22 after their loss to Stanford and Oregon has climbed to number eleven following their victory over Arizona State.

Justice is served!  All is right with the world again!  Or is it? Take a look at the ranked Pac 10 teams:

WHAT?!? How could you possibly rank Oregon over Stanford?  Don't you remember? Just last week they beat them! What's that you say? Oregon State beat Stanford earlier this season?  Well fine, put them ahead of Stanford, AS LONG AS STANFORD IS AHEAD OF OREGON.  They just beat them, remember?

What was the problem with the poll last week again? Oh... 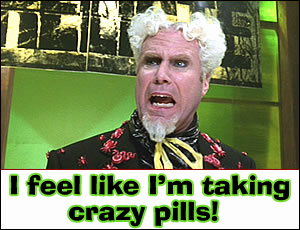