I will go ahead and warn you now.  There is no sports content in this post.  However, there is beer content.  If you cannot believe that CougCenter would fall to this level, feel free to discuss Urban Meyer or something in the comments.

Over the past few months I have discovered that one of the things I miss most about the Pacific Northwest is the availability of delicious beer on every street corner.  In Nashville there is a grand total of one microbrewery (Yazoo, which makes good beers).  There are some other "local" beers that show up in the grocery store.  They are from all around the South.  Many of them have very corporate looking labels and even more corporate flavors (Yazoo seems to be the exception from the rest of its Southern brethren).

So when I go out in search of a six pack, I usually have to venture to the liquor store or a more high-end type grocery store.  Today, I took a trip to the Whole Foods Market.  At Whole Foods Market, there is a nicer variety of craft beers than most other places in Nashville.  Some are even from the Northwest.  Sadly, if they make it from the Northwest and they are any good, they require a bit more "investment."

Take Rogue Dead Guy Ale for example.  As a six pack, Rogue is usually around 12 bucks.  Working with my Target salary budget, 12 dollars for a sixer seems a bit steep.  So I often save the Rogue for when I am at a bar and that little voice in the back of my head no longer cares about the value of the beer I am consuming.  Today, of course, that voice did care. 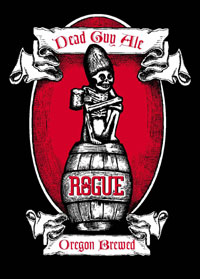 Luckily, as I perused the Whole Foods beer section I noticed the "pick six" deal.  This meaning that you can pick six beers, throw them in a one of the six packs they provide, pay 8.99 and be on your merry way.  That's right, 8.99.  Guess which beer can be included in the pick six?  Rogue.  Not to mention Dogfish Head beers, which are generally 11 dollars a sixer.

Being the savvy shopper I am, I made sure to fill my six pack with beers that all cost more than 8.99 when bought with their buddies.

My question is, why does Whole Foods do this?  They are a very successful business.  They must have some guy who looks at the beers available for their pick six promotion.  That guy must realize that many of the beers are more expensive than the sale price.  I don't get it.

I'm not going to complain though, I'm just going to sit back and enjoy some discounted Dead Guy along with some jalapeno chips.  Hope your holidays are going well.