Finally, some news on Casto - unfortunately, it's not as good as hoped for

Share All sharing options for: Finally, some news on Casto - unfortunately, it's not as good as hoped for

Vince Grippi is reporting tonight that DeAngelo Casto finally had arthroscopic surgery on the knee he injured while playing with Team USA in the FIBA U19 tournament in New Zealand, and while the prognosis isn't terrible, it's not as good as we all hoped for.

Back when the news broke of the injury, I noted that the extent of these kinds of injuries often isn't known until the doctor gets inside the knee to repair it. It looks like that's exactly what happened this time, as the original reported timetable of a 6- to 8-week recovery now has been stretched out to 10 to 12 weeks thanks to the surgeon having to repair two tears -- in both the lateral and medial menisci -- rather than just one tear.

If you're a geek like me and wondering just what that means, here's the picture of the knee I ran in the previous post. The meniscus is the cushion between the bones in the knee joint: 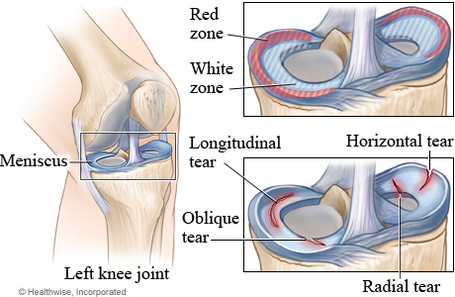 The words lateral and medial identify which side of the knee the meniscus is on, meaning Casto had tears on both sides of his knee: 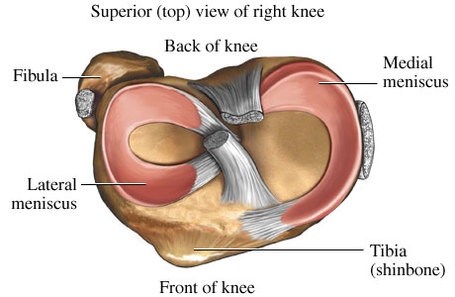 The good news is that these types of knee injuries don't typically stay with athletes or rob them of any of their quickness or agility. And as long as everything goes smoothly in his rehab -- and these sorts of surgeries have become rather routine for athletes and their physicians, so there's no reason to think it won't -- the 10- to 12-week timetable puts him ready to begin full-scale workouts somewhere around the end of September or middle of October, which is in plenty of time for the start of practices.

While this does suck as far as Casto working on strength training and offseason conditioning, this could be a huge blessing in disguise. If I remember correctly, Casto battled through some knee soreness during the season, which means there's a good chance that one or more of these tears had already begun. Much better to get them repaired now than once the season has already started.

There are some other links to pass along tonight that I didn't have time to post today, if you're so inclined to read them: