Wide receiver: the position of pride for Cougar Football for the better part of this decade. We've seen Jason Hill catch his way into the WSU record books and the NFL. Michael Bumpus was an electric receiver and return man. Brandon Gibson was a bright spot in Doba's final year, hauling in a wide open Apple Cup-winning TD. Devard Darling, Nakoa McElrath... the list of notable wideouts in crimson and gray over the past several years is extensive. Even your not-so-big-names like Scott Lunde and Trandon Harvey had their moments of glory (bubble screens still count).

That all changed for the Cougar receiving corps in 2008, which, like every other unit on the WSU football team, had a down year. Even with the most talented player on offense being a receiver (Gibson), the Cougars ranked 114th nationally in yards per pass attempt with 5.3. Some of that fault lies with the quarterback position (and all the injuries it suffered), but some of it does not. Wazzu only hauled in six passing touchdowns all season. For comparison's sake, Jason Hill averaged 12.5 touchdowns during the 2004 and 2005 seasons. Oh yeah, and the Cougars also had a total of 13 games last season to post that meager number.

Now, it's 2009, and Brandon Gibson is gone. The best remaining receiver is Jeshua Anderson, more of a track star than football star (not that there's anything wrong with that), and the rest of the crew is young. Really young. Fortunately, there are glimmers of hope all over the practice field this fall. Grippi reported an exceptional 62 straight receptions without a drop during a drill last week. Two of the CougCenter Elite Eight, our favorite prospects from the incoming recruiting class, were wide receivers: Gino Simone, and Johnny Forzani. The 5'11" Simone is already receiving high praise in practice for his abilities, as is the unofficial "pleasant surprise" award winner Kevin Norrell. Jared Karstetter, the talented kid out of Spokane, is looking good after making last year's catch of the year in the Apple Cup. You know which one I'm talking about.

As for tight end, Devin Frischknect is gone, but Tony Thompson appears poised for a breakout Senior year. Hopefully the whole group of TE's is prepared to block; Lopina/Lobbestael/etc. may need the extra protection. And if all else fails: we go to Skylar Stormo - because with a name like Stormo, he has to be some kind of a super hero.

Plus, you can bet all the wideouts have hit the weight room hard in the offseason, as we all know what the real secret to building muscle is. 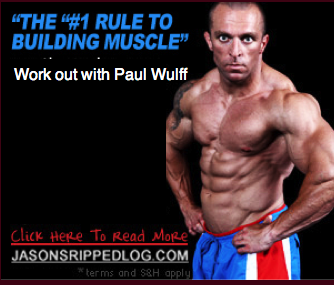 Jeshua Anderson, of course. Ocho Speedo has done a lot for the Cougars in his first two years at WSU, as a lightning-fast option behind Brandon Gibson. Now, he has to adjust to being the guy, the number one option for the Cougars at wide receiver. Can he take pressure off his young and inexperienced teammates? Can he handle the physical pressure of the opponent's number one defensive back? Do we have a quarterback capable of hitting him with the deep ball in stride? All these question marks make for added pressure on Anderson. And as we've mentioned earlier, this could be Jeshua's final season in crimson, as he follows his dream of becoming a professional track and field star.

Health. While Blackledge made a triumphant return to practice last week, Anderson, Forzani and Jeffrey Solomon are all nursing injuries. However, all are expected to be available for the starter against Stanford on September 5th. Still - can the wideouts stay healthy all year? If Anderson or another key receiver goes down, who picks up the slack? There are a lot of candidates, and depth has certainly improved from 2008, but all the backups are largely new or untested.

Opponents are mesmerized by Anderson's blazing fast speed, allowing Karstetter, Blackledge and Norrell to be effective number 2 and 3 options. The Cougar passing game comes alive and manages a more respectable 7.5 yards per passing attempt. They even score quite a few touchdowns along the way. The crew as a whole stays healthy, and one or both of Forzani and Simone gets to comfortably redshirt. Jeffrey Solomon and Randy Johnson (no, not that one) provide some added depth.

Jeshua gets hurt, or is just plain ineffective, leaving the Cougars without a reliable #1 target. The rest of the crew is average at best, and the receiving corps struggles every bit as much as last year. Tony Thompson doesn't have that breakout year we're expecting/hoping for, and the TE's fail in both the catching game and the blocking game.

Jeshua is a mildly effective, speedy lead receiver. Fortunately Blackledge, Norrell and Karstetter pick up some of the slack, and the result is a balanced if not exceptional pass attack. Forzani has to burn his redshirt doesn't have the opportunity to redshirt anyway, but adds some depth. Thompson is a great bonus option for us at Tight End, and even does some good blocking for the revamped Cougar running game. While the Cougars don't dominate everyone with their passing, they make some plays and a marked improvement from last year. WSU manages about 6.5 yards per pass attempt and finds the endzone 15 times - just getting beyond Jason Hill territory.