Share All sharing options for: The Tailgater's Guide to Cougar Football: Week 3

A weekly series from CougCenter, the Tailgater's Guide is dedicated to helping you prepare for all the action on Cougar Football Saturday; both on the field and off.

TV: None! So for sure we'll win.
Radio: Cougar Sports Radio Network

This is the first meeting between SMU and WSU.

Why you should care: Possibly the last chance for WSU to avoid the horror of an 0-12 season.

Most intriguing storyline: See above.

Key matchup: SMU QB Bo Levi Mitchell versus the Cougar pass defense. Hey, remember how awful the Cougar rushing defense was a year ago? It looks like our pass defense is turning out to be equally atrocious in 2009. The Cougars are currently 118th in the nation in pass defense as measured by yards per pass attempt. While it's a small sample size that's based off of, and it may regress some as the season wears on, it's part of the reason WSU can't keep opponents off the scoreboard. It's also the number one reason the Cougars are tied for last in the nation in yards per play allowed - with Florida Atlantic - at 8.6. That number means WSU opponents have averaged close to a first down on every play from scrimmage. Ouch ouch ouch ouch ouch.

One potentially lucky break for the Cougars: Mitchell is coming off of a rib injury that had him struggling to run from sideline to sideline just to get the play call in during SMU's last game. He may have to play through some pain Saturday, and that's never a good thing for a QB.

Why SMU might win: Bo Levi Mitchell plus the talented running of back Shawnbrey McNeal put SMU in a good position offensively. Their defense is suspect, but then again so is ours, so SMU could very likely take this one in a shootout.

Key Player (SMU): Shawnbrey McNeal. The Cougar rushing D was supposed to improve in 2009. And yet after giving up a worst-in-the nation 5.78 yards per carry last season, WSU is actually worse this year, surrendering 6.25. Awesome. Even if Mitchell and co. struggle with turnovers, SMU can put the ball in the hands of McNeal and score some points.

Why WSU might win: The Cougars face an uphill battle, but they can try to take advantage of a sketchy defense. SMU averages giving up 6.0 yards per play, even with an opening slate of Steven F. Austin and UAB. If Lobbestael/Tuel/Lopina/Bledsoe whoever it is playing Saturday can take advantage, and the Cougar running game can get going, WSU may be in business.

Key Player (WSU): James Montgomery. The football retirement of Jeshua Anderson now cements Montgomery as the most talented playmaker on offense, and he's going to be key if the Cougars can beat the Mustangs. Monty's start to the 2009 season has been impressive. He's averaging 5 yards per carry, 9 yards per reception and 24 yards per kick return. Montgomery could be a catalyst for the Cougar offense this weekend, and take some pressure off the QBs. 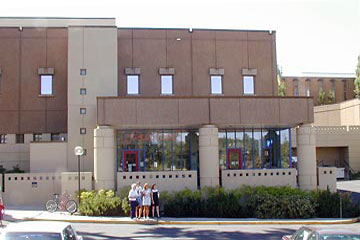 Pregame activity: Ferdinand's. Even in the gloomiest of Cougar football seasons, you can always count on ice cream to cheer you up. And nobody in Pullman does it better than Ferdinand's, even if their hours are ridiculously stingy and game day is really one of the few times you can count on them being open. Anyway, drop in, buy some ice cream, buy some Cougar Gold cheese, and you're set. Perfectly content before you watch the Cougs lose in horrifying fashion.

Pre- or postgame meal suggestion: Sella's. About a decade ago, my family and I went down to Pullman to tour WSU as a possible college destination for my sister. It was brutally hot - somewhere in the 90 to 100 degree area, and we took the walking tour anyway. The tour also felt painfully long then - maybe an hour or so, but it felt like three. Then, our reward at the end was touring un-air-conditioned Stevenson; enough to make me petrified of dorm life for the next four years. It wasn't the most shining display of WSU's assets.

When I toured Pullman at my turn to look at colleges, everything was different. I was welcomed with open arms by my then-prospective major, architecture (see how well that turned out). It was a beautiful fall day in the 70s. I saw the brand new rec center. Saw the recently renovated Honors Hall. It was more than enough to steer me away from being a Duck, which was my #2 college choice (I take pride in the fact that UW was #3). And, helping to seal the deal, I had lunch with my Mom at Sella's. Sella's gets a lot of talk for the calzones, but the pizza is vastly underrated. So is drinking beer and water and such out of jars. If I had a friend coming into town for one night, and one night only, and wanted to know the single best local place to eat in Pullman, I'd direct them to Sella's. Even if my placemat art is never good enough for the wall.

Travel Tip of the week: If you have some extra time to kill on the way down, and like scenery, allow me to suggest taking Highway 27 instead of 195 from Spokane. I only suggest it in the early fall when road conditions aren't an issue - although there are times in the winter when snow drifts on 195 actually make it a reasonable choice. You do need that extra time, because you'll be slowed down by numerous small towns and their out-for-blood police (still to date my only ticket driving to or from Pullman came in Tekoa, thanks to their staunch refusal to let you speed up to 55 on the outskirts). Still, the towns are really fun to see, the scenery is beautiful and it's one of those car commercial type drives where you have some curves but can still go a reasonable speed. You may get stuck behind a plow or two, but I found it's actually not as annoying as being stuck behind the guy that goes five under on 195 and refuses to pull over despite the line of twelve cars behind him.

So - if you're patient and want a drive through the heart of the Palouse, give 27 a shot.

Gametime snack of the week: Funyuns. Mainly cornmeal and not really an onion-based product, they're still pretty delicious. Try the Wasabi flavor.

Fun fact: they were originally supposed to be named "OnYums", but the name was already taken. Enjoy that useless information. 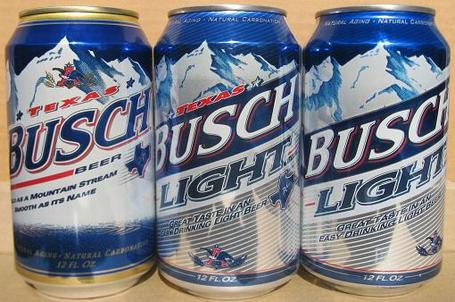 Gametime beer of the week: Busch Light. OK, Pullmanites, let's get this out of the way. Thanks to going to college here, Busch Light is the first beer I ever had, and with beer being an acquired taste, I hated it. Actually I can't even remember the last time I had it, especially since I discovered good, elitist, imported beer. But nevertheless, it's Busch Light, and I'm fairly certain their business performance today hinges entirely on the Pullman market. So go for it. It's probably nowhere near as bad as I remember.

PREDICTION: Like last week, the longer explanation is in the podcast. After last week, though, I can't help but play Debbie Downer. I really hope I'm wrong: SMU 38, WSU 35.

California 31, Minnesota 17 It's sad that Minnesotans are slowly abandoning the Metrodome for open air stadiums, in a place where I'm pretty sure there shouldn't be open air stadiums.
USC 41, Washington 13. Lest you forget, upset-watchers, that U-dub gave up 23 points to Idaho last week. Idaho.
Oregon 31, Utah 28. If the Ducks win, they deserve to be ranked again. And we can hang our heads in shame that WSU isn't nearly as strong a program as Boise State.
Arizona 24, Iowa 21. An upset pick in the midwest! But seriously, Iowa isn't that good, Arizona isn't that bad, and I want this one for the Pac-10.
Oregon State 28, Cincinnati 27. I really want this one for the conference. The Big East is a horrible league, and even though Cincy is one of the better squads, it's a tough trip to Corvallis.
Stanford 31, San Jose State 16. Finally, Coug fans get their chance to answer the key question, "how do we measure up against San Jose State?" I'm fairly certain they'll play Stanford better.
Arizona State 41, Louisiana-Monroe 10. Dennis sure loves his cupcakes this year.
UCLA 28, Kansas State 17. Looking at this slate it's clear this could be a statement week for the Pac-10. Let's hope it is, because then at least we can say we're the worst team in one of the best conferences. That's something, right?

Enjoy the game, and as always, go Cougs!