A Word With Bill Moos On The Pac-12

Share All sharing options for: A Word With Bill Moos On The Pac-12

There's been plenty of reaction from fans, coaches and athletic director to the details of the Pac-12 that Larry Scott laid out yesterday. Our own Bill Moos came out a big winner in the negotiations, securing equal revenue for WSU. The Cougars have historically been at an extreme financial disadvantage under the old appearance based system, but will now be on equal footing with the rest of the conference.

We got together with Moos to gather his quick thoughts on the matter and gain some insight into the process that went on behind the scenes in the last two months.

Your soundtrack for the interview. Play it.

Brian: Thanks for joining us, Bill. It seems like all 12 schools gave some ground for the good of the conference. Just how difficult was it for you to secure equal revenue sharing, something so vital for Washington State University?

Brian: Well, alright. That seems pretty simple. It's nice to know you have a career as a magician if this whole athletic director thing doesn't work out. Moving on, what was your reaction to the news that the Cougars would be on equal footing with the USCs and UCLAs of the world? 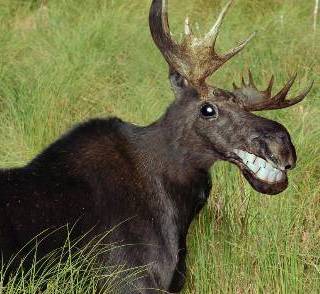 Brian: It looks like the negotiations have been rough on you. You've sure let yourself go in the past week, Bill. What are your plans for the increased revenue Washington State will receive from the deal? What's the first thing you'd like to do with the money?

Brian: That seems like a waste, Mr. Moos. I mean that guy has a hat made of money and you're "makin' it rain" with no purpose. Since I can tell you were excited, what was head coach Paul Wulff's reaction to equal revenue sharing? Was he pleased with the work you did?

Brian: Goodness, Bill. I'm going to have nightmares for weeks. Any final thoughts on the matter?

Brian: Thanks for your time, Bill. Keep it gangsta.

Complete credit goes to Yaaaardsma for the fantastic gifs he continues to make. All the gifs you see here are courtesy of him and his impressive talents.