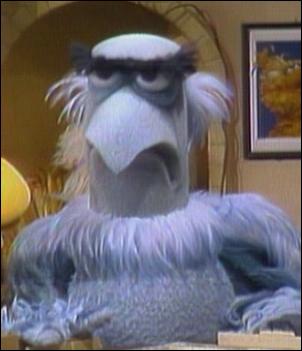 via images4.wikia.nocookie.net
The Time: 2pm PST

The Place: THTSP in Pullman, WA

The Coverage: No TV today. Apparently the official athletic site will be webcasting this game (for a fee of course!). Radio stations here. Go to wsucougars.com if you want to pay for audio. 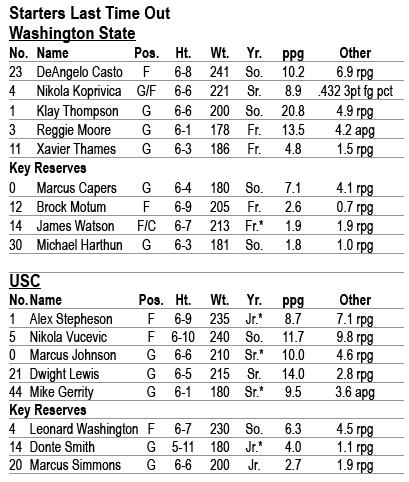 Reggie Moore was key in the second half comeback for the Cougs down in Los Angeles. He abused Mike Gerrity for easy layins and dumpoffs to his teammates.

Kevin O'Neill knows this and you can bet you he will be doing everything he can to prevent that from happening again. I suspect Reggie will be seeing some extra attention this afternoon. Someone else has to step up and have a big game. As Nuss pointed out over and over and over again last times these two met, USC's offense will disappear for long stretches (especially since they turn the ball over a lot). Those stretches will give opposing teams an opportunity, and the Cougs took advantage in their previous meeting.

Don't expect them to have an elite offensive game, as USC is the best defensive team in the country, but if the Cougs can just be average they can win.