Why I just can't care about this team anymore

Share All sharing options for: Why I just can't care about this team anymore

There are things that are both great and terrible about managing and writing for a popular website.

On the great end, it's awesome to be able to share great experiences with other fans as passionate as I am about my favorite team. Also fun is the ability to make an observation in my head, write it down for the world to see, and have others find it thought provoking. It's pretty cool.

Then, there's the terrible end. You know, the part of the spectrum where whatever emotional thought that's running through my head ends up flowing to my fingers, through the keyboard, and onto the site. I like to try and maintain this even-keel persona around here, but I'm just as susceptible to emotional fits as anyone else. I just think sometimes I'm a little bit more disciplined about screaming at my television in my house without exposing it to the world.

Last night was not one of those nights where I was able to do that.

I have reached my breaking point, and it's not pretty when a patient, hopeful person loses all patience and hope.

Because Grady, Craig and I have all tried so insanely hard to be the guys who keep a level head and try to coax reason out of everyone who participates in the site, I feel like I owe people a little bit of an explanation.

Think about all that Cougar athletics has subjected us to since August. First, the football team suffers through a second historically miserable season, winning just one game that nobody outside of the 20,000 or so people in Pullman that day saw. Every other game that was available for the general population to see -- save maybe for the USC game -- was an absolute massacre.

But basketball season was on the horizon, and with it, came hope.

It started off pleasantly enough, and although they did lose their two toughest games, there was reason to believe that this young squad was going to be able to figure out a way to get better as the season went along. I mean, they weren't even playing their best ball and they were figuring out ways to win. The conference season looked pretty good, as they started off 4-3, and would have been 5-2 if not for you-know-what.

Visions of at least the NIT danced in our heads.

How long ago that now seems. The Cougs have since lost eight of 10 -- more than half of those by double digits -- descending into the cellar of the Pac-10. If we are to lose to Oregon tomorrow, we will have the dubious distinction of fielding the worst teams in the conference in the two major revenue sports. Anyone who says that it's not that big of a deal because volleyball, soccer and baseball are all good is a liar. The two sports that matter most are football and men's basketball, and right now, we're the worst at both.

THE WORST. AT BOTH.

Granted, the basketball team hasn't reached the depths that the football team has, but this team has been soul sucking in its own unique way. I actually lowered my expectations for the remainder of the season significantly about two weeks ago, and decided to focus on the positives and hold onto those.

But that is damn hard to do when your team, playing for postseason positioning, commits 15 turnovers in one half of basketball. And that's the rub for me. It's not so much that this team is losing; it's that a team filled with freshmen and sophomores seems to be getting worse as the season moves along and not better.

Don't believe me? Check these bad boys out (sorry for the accidental series pop ups on the photos): 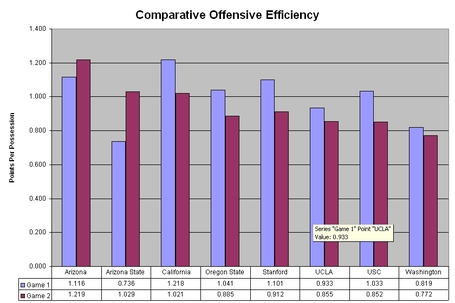 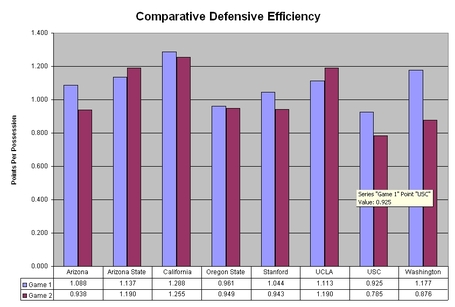 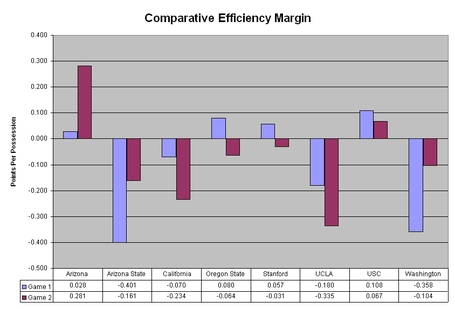 I understand this is a rudimentary way of looking at it, but if you're not bothered by the fact that there's not a way to measurably demonstrate that this team is improving, you must have had very, very low expectations for this team. I didn't have the highest expectations, but I think it was reasonable to expect that a team filled with first- and second-year players would improve as the season moved along. That they haven't -- and in fact my have regressed -- is nothing short of depressing to me.

When you put the football season and basketball season together, and then take into account that Grady, Craig and I have been here day after day, week after week, month after month telling you all to keep your chins up, fight the good fight, and keep the faith ... well, I hope you can see why I might have an emotional release and why I might feel a little beaten down at this point.

Some of you took exception with my comment that I hoped they lost the next two games. I understand why you do. But I really do want this season to end as soon as possible. This team needs to improve in a lot of areas, and it's not going to happen over the next week. Could they beat Oregon? Sure. Could they win a game or two in the Pac-10 Tournament? No doubt -- the ability's there.

Would any of that change the way I feel about this season? Not a chance.

A run to the conference championship game would do it. But you'll have to forgive me if I set the early odds of that happening at about 100-1, since it's probably going to take three wins -- including one against Cal -- for that to occur.

There is literally nothing that could happen tomorrow that would make me look forward to the Pac-10 Tournament, which is probably the greatest travesty of all Cougar sports this year.

They've killed my ability to care.

It took seven months, a 1-11 football team and a basketball team failing to exceed whatever minimal expectations we all had ... but it's finally happened.

So, that's what I mean about this site being awesome and terrible at the same time. Those of you who gave up on this season long ago have faded off into obscurity. My emotions and my feelings? They're on display for all to see as I try to come up with interesting things to say about these teams we all love so much. And I've just flat run out. I literally have nothing more to add to this travesty of a year of Cougar sports.

When I say I'm ready for this season to be over, it's the honest-to-goodness truth. And I hope you all can understand that. I don't think it makes me less of a Coug; I just think it makes me human. I've been banging my head against a wall for seven months now, and I don't really care to do it anymore. There's a tiny little part of me that holds out hope that they'll give me something to be excited about in the conference tournament, but I'm sure not counting on it. If it happens, great. If it doesn't ... well, I didn't expect any more than that, anyway.

I suppose somewhere, Don James is smirking. And I don't even have the desire to smack it off his face.

Someday soon -- as we head into baseball season, or spring practices, or whatever -- I will.

But not right now. Sorry.