I just got finished listening to Dan Beebe shower himself with praise for saving the Big 12 conference. It was an effort that was so laughable, I just couldn't let it pass.

All of the events of the day were so ridiculous, it's hard to believe. For a recap of what's gone on so far, be sure to read Nuss' morning post. This is more supplemental reading to the foundation that he set in place.

I want to start off with the forgotten step-child in all of this: Missouri. Remember when Missouri seemingly held a Big 10 invite and was rumored to be one of the schools that caused the Big 12 meetings to break down two weeks ago? My how times have changed. Missouri is stuck with no place to go, for now, and forfeited their share of the buyouts that Nebraska and Colorado had to pay to the Big 12. Consider yourself screwed by Nebraska and Tom Delany.

But wait, they weren't done. This morning, Missouri Governor Jay Nixon had this to say:

The Missouri governor says the remaining Big 12 schools could have a better shot of making the NCAA tournament. He said poor win-loss records and weaker schedules by Nebraska and Colorado were dragging down the rankings of other Big 12 schools.

So this was your plan all along, Mizzou. Cut the fat and create a basketball oasis in the Big 12. It's brilliant! Except basketball isn't the breadwinner in college athletics. Football is. All of the realignment talks centered around football. It's a nice attempt to save face, but Mizzou helped cause this situation and ended up losing in the end.

The conference expansion race also introduced us to the sideshow that is Dan Beebe. Beebe has put out a public persona that no parts are bigger than the whole in the Big 12. He says the deal was for the betterment of all the parts. All the parts except for Texas Tech, Oklahoma State, and the 5 other leftovers.

Let's take a look at some quotes from Beebe's last press conference.

Beebe: "It was not that close, we had it all the way"
Really Mr. Beebe? You were in complete control of the situation? So when Larry Scott had your members lined up and ready to sign on the dotted line, you had it? Texas ran the show. They played you like a puppet.

Beebe: "I trust Jim Delany"
If you rewind to April, Beebe said a similar thing in regards to Delany. Delany just got done pantsing Beebe. He head faked Mizzou to create dissension in the ranks, then stole Nebraska, the anchor of the Big 12 North. It will take Delany no time at all to make a move on Mizzou or any other Big 12 school should he so please. If he wants a parts of the Big 12, he can have them.

Beebe: "I think (the TV package) was some element of it. We still have tremendous value. I don't want this portrayed as this was all dependent upon the TV deal."
The fine upstanding gentlemen that two days ago were ready to bolt to the lucrative Pac-16 were willing to save the Big 12 out of love for the conference. The history of the Big 12, all 13 years of it, was just too big of a lure to overcome. It was about money and a TV deal. Nobody buys what you're selling.

Beebe: "There are some institutions that have very high market value. It wasn't just Texas. Oklahoma and A&M were pusued by multiple conferences. There wasn't any one institution that was the critical institution."
DeLoss Dodd would like to thank you for towing the company line. He put his voodoo doll down when you said the right thing here. Texas, and to some extent A&M, had you by the balls. The tail is wagging the dog in the Big 12.

Beebe: "We're going to come out of this with a greater sense of unity than any conference has had. Like renewing the vows."
The big 3 that you just bribed are going to have some unity. The other 7? They're all back at the drawing board looking for any and every out they can find. Those forgotten 5 had nowhere to go today, but as soon as someone offers them a chance, they're gone. By increasing the revenue gap between the top 3 and the rest of the conference, you've effectively broken the conference.

Beebe: "There would be remaining valuable members. They would want to reconstruct the conference. Those that were nervous about being left behind wanted us to do some planning."
I'm glad Kansas, KSU, ISU, Baylor, and Mizzou all wanted to keep the conference intact. That conference would've been in the national title picture. With all the excitement behind a new conference without the Texas or Oklahoma schools, how did you ever get them to bend to Texas' demands?

Beebe in response to a question about re-branding the Big 12: "I've heard there's some conferences that don't have the number in their name and they try to cleverly put their number in. We'll look at that" 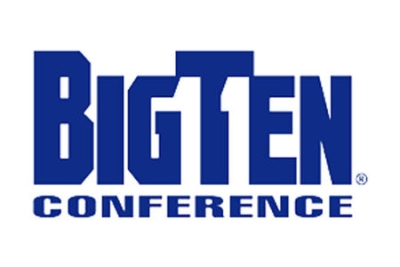 Beebe: "Adding the 9th football game will generate alot of interest. It something that will satisfy the public. Having a conference championship game puts our BCS chances at risk. Our coaches don't want one."
You're darn right it does, Dan! I can't wait to see the barn burner that is Iowa State - Texas. How about Kansas State - Baylor. Oh my, I'm getting all excited just thinking about it. With your new mediocre conference, only one game matters: Texas-Oklahoma. The rest of your season is just foreplay for the main event. Just move it to December and call it a conference championship.

Beebe: "Megaconferences are bad. If there are far regions out there, it hurts the student athlete with travel."
So the Pac-16, with two conferences organized geographically, was bad? The one where Texas plays in a division with schools from states that are all nearly adjacent to it? At worst, the Big 12 leftovers have to make one inter-division trip per year and only have to travel to the Northwest once every 2-4 years. Those poor student athletes. Maybe the schools can console themselves with piles of money.

Beebe: "We have a distribution that is fair. It depends on how people view it. It's not discriminatory. It's dependent on the profile of the program."
Look, I don't hate A&M. In fact, I think A&M played their cards almost perfectly in this. But you're gonna tell me that they belong in the same league as Texas and Oklahoma? The way the Big 12 shares revenue is discriminatory and will create a rift that can't be overcome. No matter what, Texas, A&M, and Oklahoma will be in the top tier of the revenue pyramid. I hope the other 7 members enjoy mediocrity.

Larry Scott and the Pac-10 proposed a model in which every school gets an equal share of the TV money. It was a model that levels the playing field and eliminates a scenario where there is upheaval from the bottom. It appears that wasn't good enough for Texas. Texas was always in a no-lose situation. In the end, they could always go back to the Big 12, assert their dominance, and play the role of savior.

The Big 12 is a broken model. If any of this looks familiar to you, it should. The path of the Big 12 is following the path of the former SWC. A few defections to start it, followed by a massive and swift downfall later on.

Two weeks later, we're back where we all started. The Big 12 wanted a pledge of solidarity and got one at the cost of Nebraska and Colorado. The lynch-pin in the oath is a TV deal made up of false numbers and handshakes with TV executives. The solidarity pledge is, in essence, a gentleman's agreement. There's no way this could go wrong.

Dan Beebe just put a band aid over a broken artery. It's only a matter of time before the Big 12 bleeds out and we're doing this all over again. The next time it happens, the Big 12 schools will have no leverage in the situation.