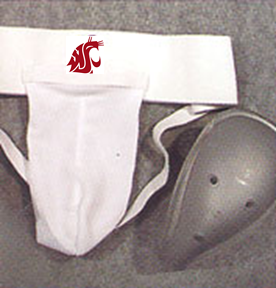 Sometimes there's so much stuff floating around out there that it makes sense to just throw it all together into one post, rather than post them individually as FanShots.
The first link goes with yesterday's post on finances. There's a relatively new site out there whose sole purpose is to raise awareness about financial issues surrounding WSU and raise funds for the athletic department. I promised them some time ago I'd highlight the site, so here you go. Head on over and take a visit.

Cougar Athletic Supporter
"We need more donors. We all want the Cougars to be successful on and off the field. Our counterparts in the Pac-10 are way ahead of us in both donations and funding. If we want to keep up, WSUAF needs more cash. Our objective with this humble little site is to raise awareness among WSU alumni and fans about the need for greater involvement among the Cougar community. We’ll also be providing information on the many fundraising campaigns in progress and the different ways people can support them."

Other good stuff out there today: