Of all the positions on the Cougar football team in 2010, quarterback is the one that gives us the most hope for the future. Jeff Tuel is firmly implanted as both our quarterback of the present and of the future, and his growth and maturity will do a lot to improve our outlook going into the next two seasons. And while the last two falls have been futile exercises in WSU football history, passing is one area where we haven't been completely deficient. The Cougar QB unit last year averaged 5.7 yards per pass (108th nationally) and completed 52.4 percent of their passes (109th). And, yes, Cougar football has gotten so bad to the point where I list stats that aren't the worst in the country as positives.

Still, Tuel exceeds the norm among last year's Cougar QBs. He threw six of the team's 11 passing touchdowns, and completed 58% of his passes for a yards/attempt average of 6.5 - easily the best on the team (at least among actual quarterbacks and not players involved in trick plays) and a number that would've put the Cougars in the top 100 nationally. If he can simply improve upon that a little, or maintain those numbers over the course of a full season, WSU will be in better position to compete for a Bowl game in 2011.

Quarterback will also be a position of frustration, because it is the one most closely tied to another unit this year: the offensive line (tease for a later post!). Jeff Tuel, for example, should be a redshirt freshman, but he isn't, out of necessity. The last two years have seen Cougar quarterbacks brought down by the bushel, and a myriad of injuries are connected to that. Can you remember any other unit, at any time, suffering as many broken backs as WSU quarterbacks have recently? Two teams last year had the most fundamentally broken offensive lines, and the race for that title wasn't even close. Miami of Ohio, giving up 4.83 sacks per game, and WSU, conceding 4.42. The next closest of any of the 120 FBS teams was Tulsa at 3.75. The leader was Boise State at 0.36.

There really isn't any denying that a successful 2010 for the Cougar quarterback unit involves Jeff Tuel staying upright the whole time. If that happens, the Cougs will find themselves in a better position to win what may be the only meaningful game of the fall: the Apple Cup. If not, well, I don't think I need to tell the backups to be on their toes about playing time.

# = Has used redshirt. This is our best guess based on the preseason depth chart and published reports.

One and two on the depth chart are no brainers; the picture becomes a little foggier after that. I list Connor Halliday as a number three, but he should be looking to redshirt (unless, of course, injuries force Wulff's hand). Quarterpunterback Dan Wagner is right behind - listed as #3 on the 'official' WSU depth chart even though the coaching staff refused to give him a chance to actually put the ball in the air during his limited playing time last season. With all due respect, unless Wagner's made major strides in the offseason, it will probably be the same scenario if he plays this season.

David Gilbertson - son of my favorite Husky head coach of all time - is the wild card on the depth chart. One would assume a coach's son to have considerable knowledge of the game, and if the physical tools align he may be something of a diamond in the rough. If one can use that term to describe a #3 quarterback.

The depth isn't as good as last year when Kevin Lopina was still around. And it's hard to believe Marshall Lobbestael is the "veteran" of the group. But it's still nice to know WSU could break the glass on Halliday's redshirt in case of emergency, or plug in Wagner or Gilbertson and know they won't have a quarterback that's completely overwhelmed by the situation. 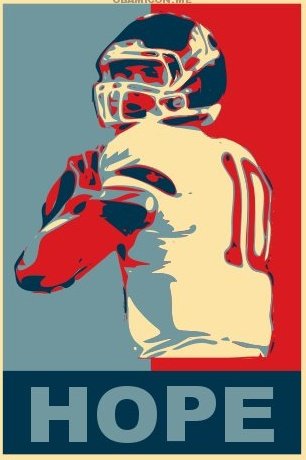 Also: Jeff Tuel. We all assume he'll repeat and/or improve upon his 2009, but what if he doesn't? What if he struggles in the first few games? Do we call for junior Marshall Lobbestael to take the helm? Do we ride out a Jeff Tuel slump in the hopes that he'll get any bad passing out of his system now? What if the outlook isn't as bright at the end of the season as it is now? Even though I outline a different one below, that's the real worst case scenario. If WSU enters 2011 with a (gasp) quarterback controversy, it's a future of dark clouds with only Halliday as the silver lining.

Tuel blows up and starts to be mentioned with the best quarterbacks in the conference: the Lucks, Lockers, etc. His numbers are solid enough to earn him honorable mention all-Pac-10 and he avoids interceptions like the plague. Tuel establishes himself with a 5 TD, 0 INT performance against Montana State. At the end, he leads WSU to a shocking upset of #22 Washington in the Apple Cup, putting a major dent in Jake Locker's Heisman campaign.

Tuel gets hurt in the first game. Lobbestael gets hurt. Halliday's redshirt is burnt, and then he gets hurt. David Gilbertson looks promising before his wrist is broken reaching for a first down on a scramble. Dan Wagner would play, but his arm was already burnt in a freak gasoline fight accident. Wulff tries the Lone Star Dietz playbook out for a few games, with no forward passes and Jeffrey Solomon at quarterback, but due to ineffectiveness the Cougs have to call up Justin Smoak from AAA Tacoma to take the helm the rest of the way. He gets hurt in the Apple Cup.

Like Marty Schottenheimer said on HBO's "Hard Knocks", if a quarterback can maintain the level of play of his rookie season the following year, it's progress. I don't know if that applies to college quarterbacks, but it seems to fit here. If Tuel can complete between 55-60% of his passes and creep near the 7 yards per attempt average, it's a win.

It's likely he'll do that, and it's also likely he'll get hurt at some point in the season and Marshall Lobbestael will have to take the helm for a few series. That's the sad reality of the situation. Nevertheless, both QBs should improve, and all Coug fans should be downright giddy about this position's depth chart going into next fall.