Share All sharing options for: Lane Kiffin: A Photo Safari

USC head coach Lane Kiffin is one of the most photogenic coaches in the NCAA. So beautiful is Kiffin that he was voted into Esquire's sexiest woman alive contest, even beating out top-seeded Natalie Gulbis.

The SB Nation photo tool comes in handy again today, giving us a plethora of Kiffin photos to browse through ahead of Saturday's game against USC.

After the jump, let's get our Kiffin on.

Who's a sexy Kiffin? 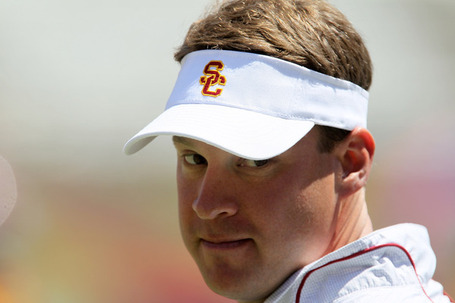 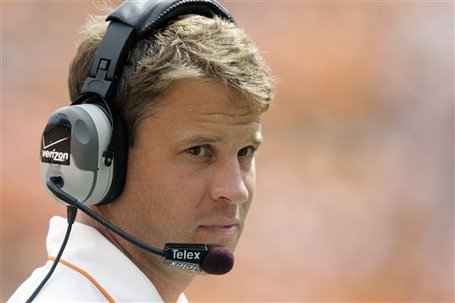 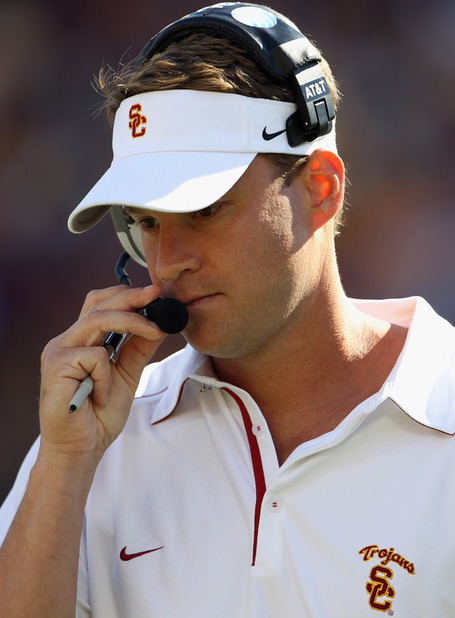 Kiffin keeps it G'd up on the mean streets of Knoxville 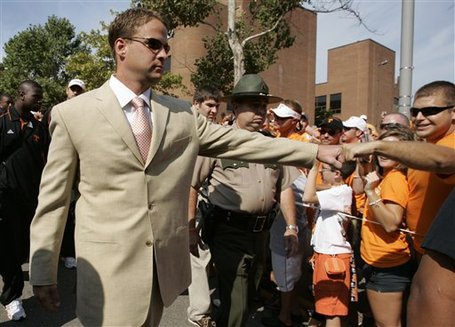 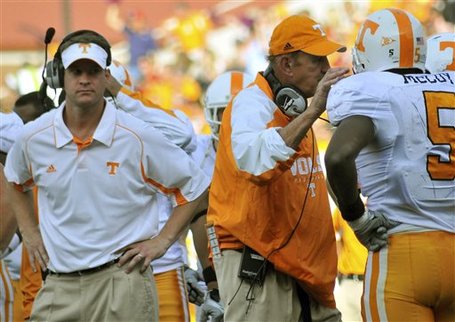 I know, it's rough having to work hungover. 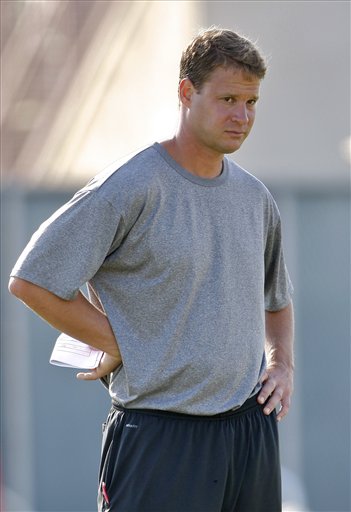 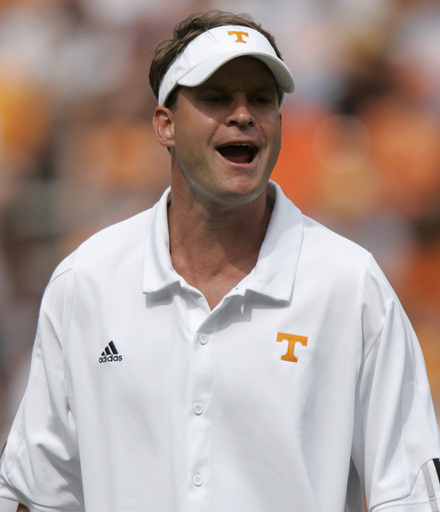 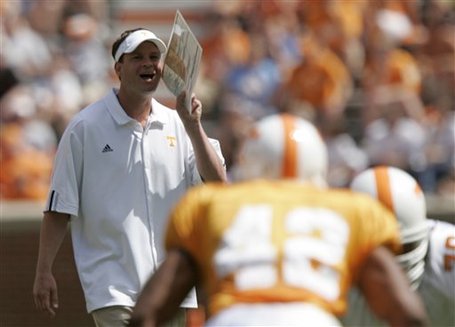 OK, now this is just getting ridiculous. 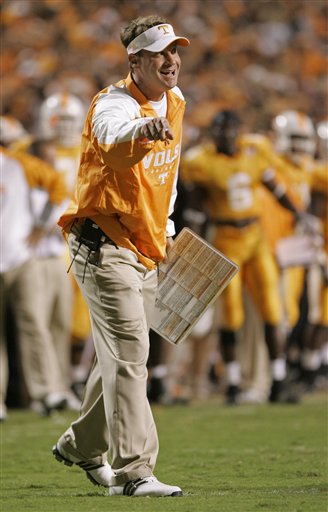 After being asked what an extra point is... 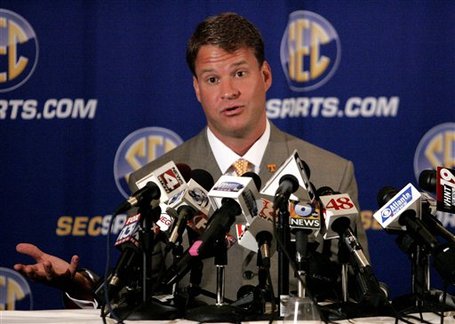 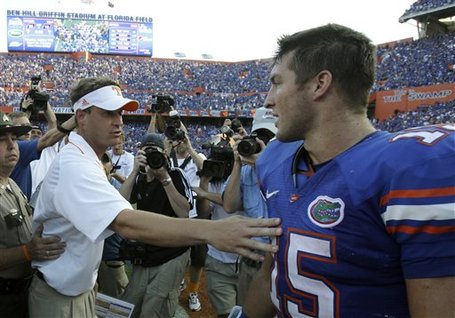 This one doesn't even need words. 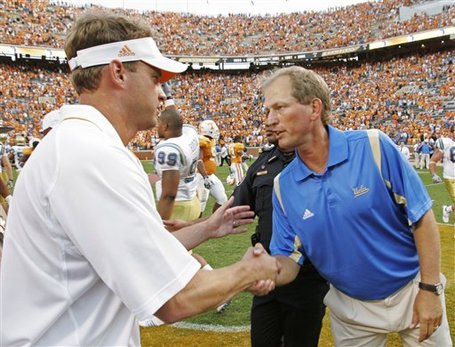 Did Kiffin have a son we didn't know about? 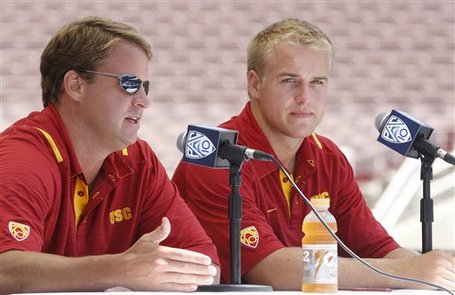 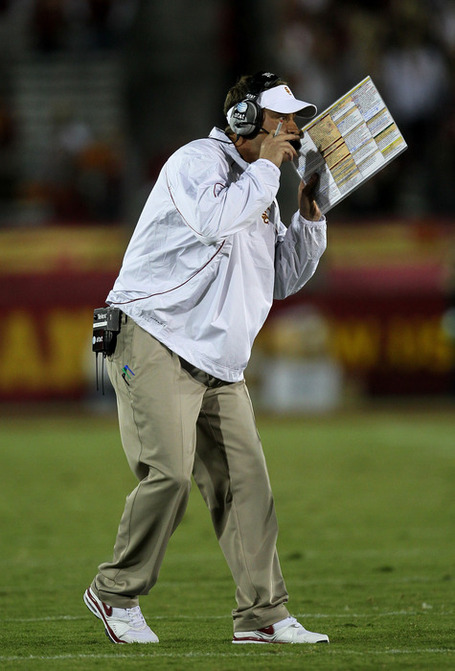 "Before you try this two-point conversion, there's something I need to tell you..." 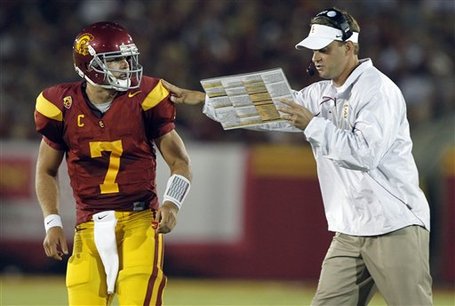 "Check out that fat guy coming down the steps with a tray of beer, five bucks says he bites it." 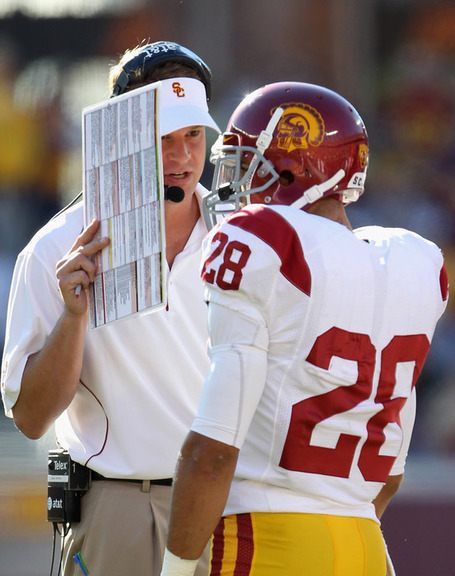 Coach O going for two in his Dockers. 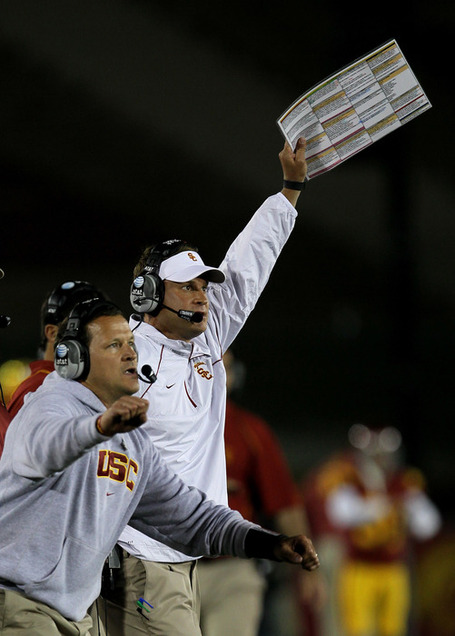 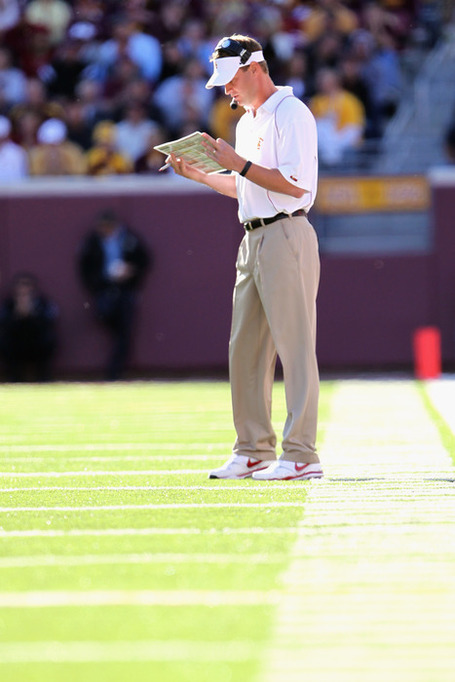 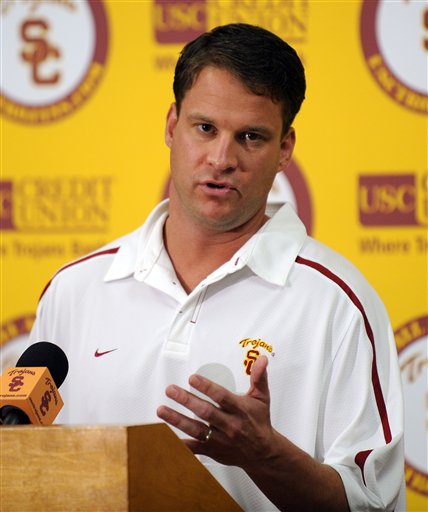 After. Same face, but you can't live in LA without those Platinum Blonde highlights. 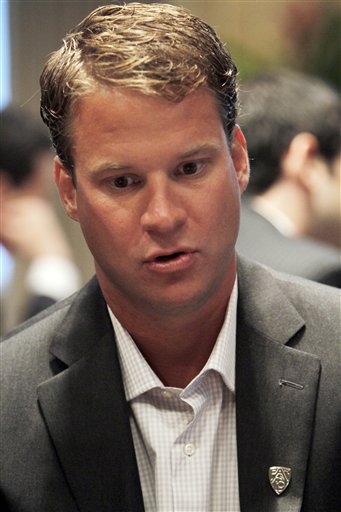