While it was a rough week for his team on the field, Washington State athlete Reid Forrest's Heisman hype is hitting its stride.  It appears our efforts at CougCenter have not been ignored.  Earlier today, in a press conference from United States Secretary of the Interior Ken Salazar:

What Reid Forrest has accomplished in his short time at Washington State has been truly remarkable.  The world has never seen an athlete with his combination of speed, power, grace, and punting ability.  Have you seen that video of him punting the ball over Mount Rainier?  Holy cow, that was truly remarkable.  I mean, we are in talks with the military on how we could use his DNA to produce super soldiers...

Salazar went on to list the merits of Reid Forrest for nearly an hour, until a press member was finally able to step in and find out if Secretary Salazar called this press conference just to gloat about one the United States' prominent citizens or if he actually had some other point.  Blushing and clearly embarassed, he moved on to the real reason for the press conference:

Sorry, when I get talking about Mr. Forrest, I just can't stop.  He's just so freaking swell.  Anyways, I have brought you all here today for a few big announcements.

In celebration of this day there will be parades all across this great nation and our National Parks system has a few surprises to unveil that day, which we hope can do justice to the majesty and power of Mr. Forrest.

Secretary Salazar would not tip his hand as to what these "surprises" will be, but lucky for all of you, a couple of our loyal readers and commenters have the inside scoop on some of the changes that have been made.

First, from our resident expert photographer and video technician,Yaaardsma, we see that Washington State's own Olympic Park, one of Earth's most beautiful and unique places, has been renamed in honor of this special occassion: 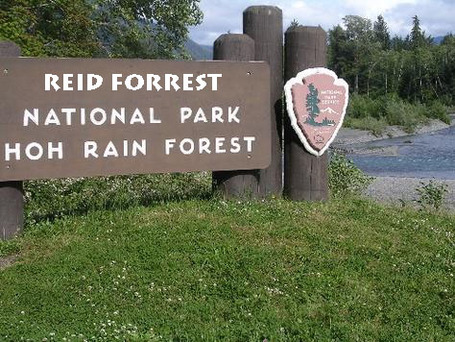 While something of this nature is to be expected, as Olympic National Park is located entirely in Reid's home state, we have evidence that the feds are willing to take it up a notch, and place Reid Forrest up there with on our nation's most revered presidents.  Reader well you win some and lose others recently took a trip to Washington D.C. where he discovered this: 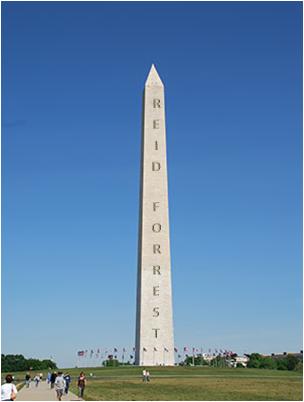 Now, it is clear that Ken Salazar has a giant mancrush on Reid Forrest, so it would not shock me if there are more surprises to come.  If any of our other readers come across something else they've seen, let us know and post it in the comments. It seems that our beloved punter/running back is finally getting the recognition he deserves.  Don't forget to mark next Friday on your calendar and to try and find your nearest Reid Forrest for Heisman Day parade.  This is an event that not only Coug fans, but the human race, should cherish.