Updated with a much, much better view of Wilson's double-move.

We've talked a lot about setup plays meant to draw a certain reaction from the defense over the past few weeks. For an offensive coordinator, calling a game is a balance between immediate results and future returns. Run a certain route combination enough, and a defense will begin to cheat, opening up a double-move.

On Saturday in Boulder, Washington State relied heavily on intermediate routes in the center of the field. Outside receivers ran dig routes -- 10 yards, plant hard on the outside foot and work to the middle of the field -- early and often. It's a staple in the Cougars' route tree, and something Jared Karstetter typically runs when the Washington State offense needs a quick seven to 10 yards.

It was this route -- the dig -- that setup Marquess Wilson's 63-yard game-winning touchdown with just over a minute to go. By showing that route combination over and over, Washington State trained the Colorado secondary to expect the route, and baited it into jumping the route. Why the corner and safety jumped Wilson's route with time winding down and a three-point lead is beyond me, but I'm sure we'll take it.

WSU broke in 10 personnel in a two-by-tow formation. Wilson was split out to the short side, with Karstetter to the wide side. Wilson's route is the only one that matters here -- it was an all or nothing play. The other three receivers run what amount to clear-out routes, with the two receivers to the wide side working back towards the sideline and the slot on Wilson's side running an out. Because those routes are timing-based, if Wilson's double-move didn't work, the play likely would've been dead, with no outlet to use. 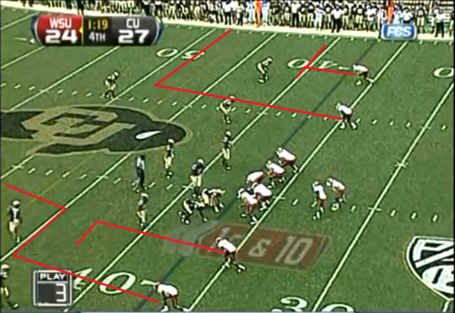 Just before the snap, the back motions across Marshall Lobbestael's face to pickup the blitz. It's a subtle, but important shift as it puts him in position to pick up a free man. Also notice how close this play was to not happening. 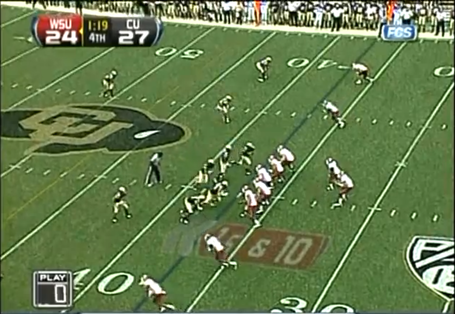 The routes begin to develop outside the frame and Lobbestael sells it with a pump. Remember how we always talked about his tendency to lock-on to a receiver? In this case, that weakness actually created an advantage. Lobbestael stared down Wilson the entire way, then pump to bait the defense into jumping the route. He gave away the dig route and dared the corner and safety to jump it. 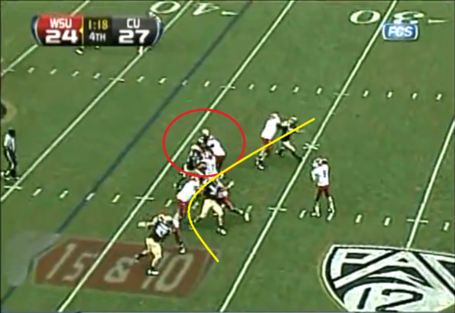 And boy did they jump it. Lobbestael pumps, reloads and fires, hitting Wilson in stride with nothing but green in front of him. 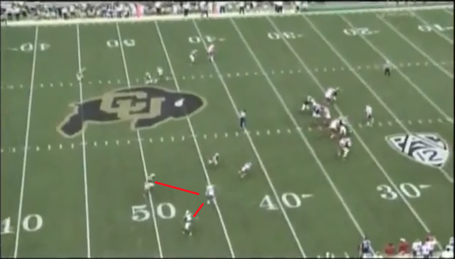 The corner and safety find themselves leaning the wrong way and are powerless to stop Wilson as he flies by. 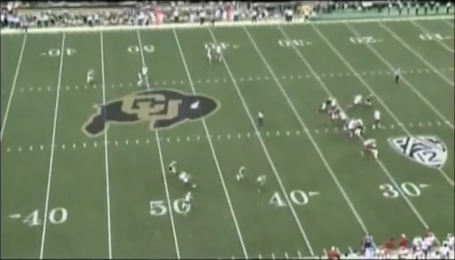 Unlike the last time Wilson found himself wide-open, he hauls in the catch and jogs into the end zone. Ballgame. 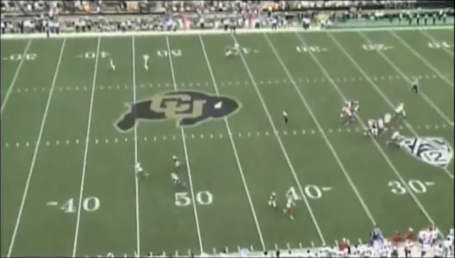 The playcall itself was brilliant, and was the product of an entire game's worth of work. Washington State worked the dig on the outside early and often, then hit a double-move at the perfect time, drawing the coverage in as Wilson blew by for the score.

Offensive coordinator Todd Sturdy draws a lot of flack, but in this case he reached into the bag of tricks and pulled a rabbit out of the hat to end the game. It was an excellent play and perfect execution, leading to an incredible win,