One last thing. In the answer to a question I said Logan Mayes had played in two of the last three games. That was based on the official participation list included in the game books. But I was informed today the UCLA participation list was revised heavily because the Bruin stats folks had, to quote someone who was at the game, "no clue." (I'm quoting myself, but tell anyone.) Anyhow, film showed Mayes played a few plays against the Bruins so he's played in each of the last three games.

Two things here. First, Grippi is right, the stats for the UCLA game were terrible. Wrong yardlines, wrong player stats, nothing available until well after the game. I've seen some poorly done stats, and at least UCLA got the final score correct, but having "no clue" is very accurate.

Second, it's a good thing Grippi is retiring in December because otherwise Bruins Nation would probably petition the Pac-12 media department to have this paragraph edited because it is disrespectful. 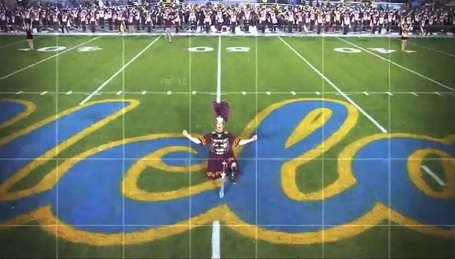 WSU's practice a bit wet - SportsLink - Spokesman.com - Oct. 19, 2011
• To put a nice spin on it, Washington State has had better practices this season. Longer ones too.

This week's Pac-12 picks - Spokesman.com - Oct. 19, 2011
Going 14-2 against the spread the past three weeks is officially a "roll," according to this book I bought in Vegas. But, being the listed line is for your entertainment purposes only, that’s all it is. That and $1 will get you a cup of coffee these days. A bad cup of coffee.

WSU's Winston knows how to finish - Spokesman.com - Oct. 19, 2011
PULLMAN – Carl Winston and Anthony Carpenter have been friends since they were six years old, football teammates just as long.

Scout.com: Daugherty says Cougs ready to contend
PULLMAN – June Daugherty, a perpetual ray of sunshine when it comes to Washington State women’s basketball, may have outdone herself this time. "I think we’re going to definitely be a (Pac-12) contender this year if we can stay healthy," the coach declared. "Why not?"

Oregon State Beavers rundown: Washington State is improved, but ... | OregonLive.com
CORVALLIS - Washington State coach Paul Wulff says his team is "drastically improved,'' which may be true, but how good are the Cougars, really?

Leave Cougars at home - Spokesman.com - Oct. 19, 2011
The arguments/positives/rationalizations for Washington State playing one of its Pacific-12 Conference home games on a neutral football field in Seattle have been given a more breathless airing than Demi’s weight loss, and they all ring pretty true.

WSU vs. OSU: Cougars Take on Beavers at CenturyLink Field - SB Nation Seattle
Oct 19, 2011 - The Washington State Cougars are taking their home game on the road for their annual neutral field game( aka The Seattle Game), only this time it comes against a Pac-12 rival in the form of the Oregon State Beavers.

Pac-12 football: Midway surprise: Cougs go 3-3
Washington State trailed juggernaut Stanford by a mere field goal Saturday at halftime. It was homecoming on the Palouse, and, if just for the length of the break, the Cougars were a legitimate threat to the nation's No. 7-ranked team.