GIFs From The Game

Share All sharing options for: GIFs From The Game

It's not everyday there are so many big plays in a game that it is actually hard to remember them all. After Connor Halliday put on a laser show Saturday night, it's easy to forget just how many big plays there were. As a result, I decided to highlight ten of the biggest plays of the game in the only way I know how, GIFs.

To avoid melting hard drives, all of the GIFs will work only if you click on them. All of the video comes from the highlight package produced by WSU Athletics, so thanks to them.

The play that opened the floodgates. The pessimist in me saw this play and said, "don't drop it, don't drop it." Followed by, "don't slip on snow, don't slip on snow."  Just based on this GIF and my memory of the Colorado game, this looked like a very similar route to the game winner in Boulder. 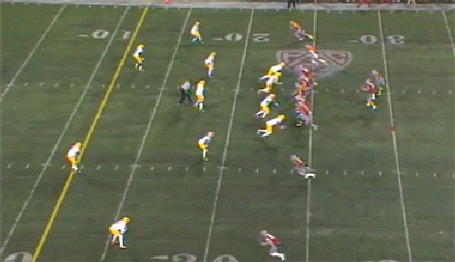 A great double move by Wilson, which combined with a pump fake from Halliday allows Wilson to get behind the defender. Wilson has proven to be a very effective underneath receiver this season. Teams can't simply sit on the deep route like last year making double moves like this even more effective. 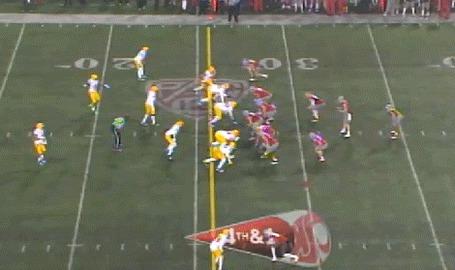 A huge conversion on a really well designed play. Great protection by the offensive line and a solid blitz pickup by Galvin. I'm fairly certain Andrei Lintz only catches touchdowns or first downs so no surprise this ball went to him. 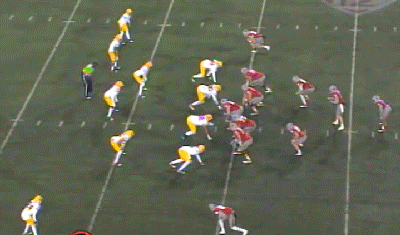 Great pocket, lots of time to throw. Halliday stares Wilson down a bit but it doesn't matter as two ASU defenders crash into each other. Lintz is wide open in the flat, but Halliday already threw to him once and let's not get crazy. 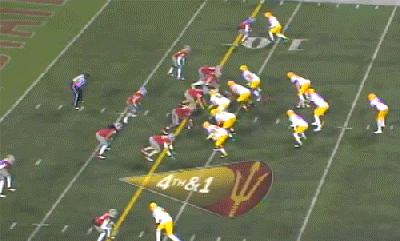 Easily the biggest defensive play of the game. Brandon Rankin king kongs the guard then takes out the runningback's legs stopping him for a loss and keeping Arizona State off the board.

More after the jump 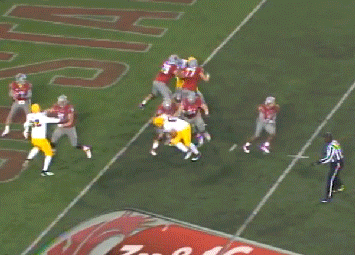 Facing a 3-16 from their five yardline, it looked like WSU was going to be forced to punt. Then this happened. Of note, Halliday had at least five seconds to throw here but I couldn't include it all in the GIF due to file size limits. Also, #47 if you are looking for you jockstrap it can be found in the Martin Stadium lost and found. 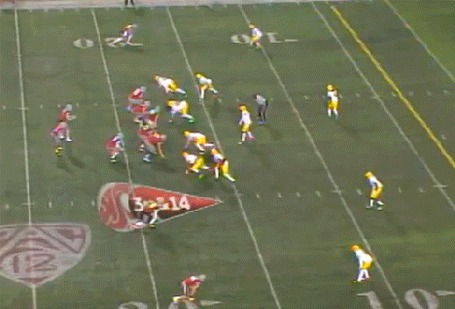 Raise your hand if before this play you were thinking WSU would kick a field goal, go up by six then go on to lose by one. Alright, you can all put your hands down. Fun fact about this GIF, when I watch it I like to make a "pew pew" noise as Halliday throws the ball. Finga gunz are an optional addition to the sound effects. 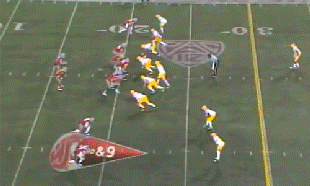 When in doubt, just throw it up to #86 and he is probably going to do something ridiculous. Leaping, spinning, tap the toe catch? He was just getting started as you will see later.

Carl Winston converts on third and one 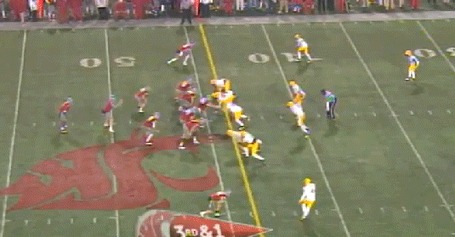 It might not have been pretty, but hey it got the job done. I don't think we mention him enough, but Carl Winston is much improved this season and he runs hard. For a little guy, he has been extremely effective gaining tough yards and delivering the blow. 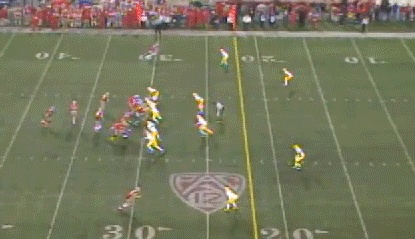 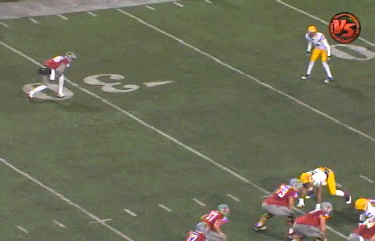 This play was so nice it gets two GIFs. Another double move, another ridiculous catch where Wilson shows off the body control that makes him so good. It appears the ASU defender's strategy to defending Wilson in this game was to throw your hands up in disgust after you've been Moss'd. Either that or wave no catch to the official. Take note Desmond Trufant.