Our own Brian Floyd is on the scene of the 2011 Apple Cup at CenturyLink Field. He offered up some interesting pictures of the playing surface via his twitter account. First, find what is wrong with this picture: 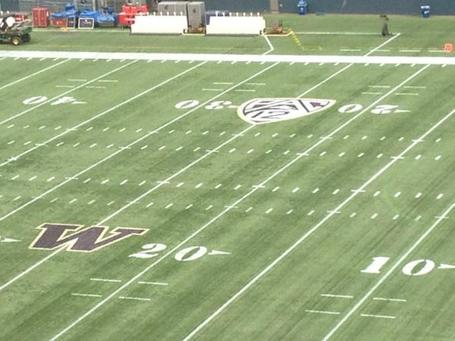 That's right, we have ourselves two sets of hash marks. I'm sure most of you know this, but just in case you don't, the outer hash is the college one. What are the odds that Pac-12 officials mess that one up? In this case, we may have to break the golden rule of probability and say it is 110% likely.

Second, we would like to remind you that this is supposed to be a University of Washington home game. When WSU played Oregon State at Qwest Field, the endzones were blank and there was a Cougar logo at midfield. Today, that is not the case: 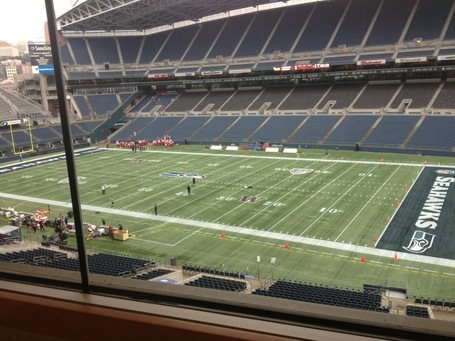 The Washington Huskies play their entire 2012 schedule at CenturyLink Field. It will be interesting to see how this all works out and exactly how much unintentional comedy that Pac-12 refs provide.