HOT COUGAR ACTION: Letters To The Editor Or The Comedy Section?

Share All sharing options for: HOT COUGAR ACTION: Letters To The Editor Or The Comedy Section?

Typically, I avoid linking to letters to the editor for the same reason I avoid Bleacher Report, they are usually terrible. Then I found this beauty and well, it was just too good not to link to it. In fact, I enjoyed this particular letter to the editor so much, I decided to devote an entire post to breaking it down piece by glorious piece.

Congratulations to Washington State University Athletic Director Bill Moos on his early Christmas present. I hope he is happy, and proud. I disagree with his assessment of football coach Paul Wulff, and his team, as doormats of the league.

When I read the first sentence I thought, great ANOTHER I love Bill Moos piece. I mean, I'm fairly certain we have already flooded the market with those. But then, I read that last sentence and realized this was no fluff piece. No this was something special.

It's really too bad Halloween is more than 10 months away, this guy already has his costume picked out.

Have you checked Mike Leach's resume? He is a law graduate, he left Texas Tech with ill feelings, and sued them.

That is funny, because I did indeed check Mike Leach's resume and all I saw was this: 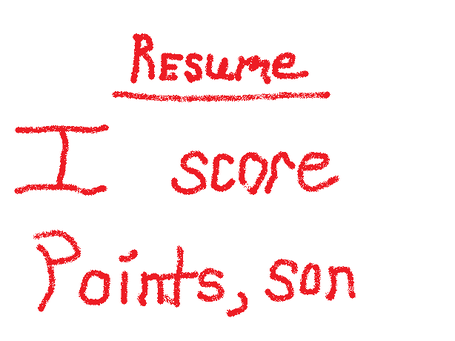 Slick Rick, a law graduate, claimed ignorance in a basketball-pool scandal, a very predictable, presidential excuse. I fear a win-at-all-costs attitude is a slippery slope from which nothing good can come. Ask Joe Paterno.

Oh my gosh, Rick Neuheisel and Mike Leach both graduated from law school! Clearly, Leach is going to run some kind of ponzi scheme in Pullman. Also let's just throw Paterno in here as well, even though neither Neuheisel or Paterno relate to Leach in any way possible. David Stern graduated from law school too and he moved the Sonics. Clearly Leach is going to move WSU to another city! What have you done Moos?!

The time and effort he invested into these young people is an investment in their futures. That is what I call "invisible wins" and that is more important than any bowl game. How many Ivy League teams go to bowl games? Enough said.

Invisible wins? BigWood's brain just exploded. Also, the Ivy League is an FCS conference so there is a reason they don't go to bowl games. I'm really disappointed I overlooked all of those invisible wins when I was banging my head against the wall during the last four years.

Remember, first and foremost, to thine own self be true. Good luck, and Go Cougs.

Ah, ending it with a Shakespeare quote, of course he did. Now, I'm no Shakespeare expert, but I would take "to thine own self be true" to mean you act on your own beliefs rather than conforming to others. Isn't that exactly what Moos did? Am I being trolled right now? Did WazzuMadBro write this just to mock us all?

It's a business, and WSU means business with coaching hire | Yakima Herald-Republic
Paul Wulff was family. But major college football is a big business, not a family business, so Wulff was deemed expendable as Washington State University's head football coach. He is not the first company executive to get the ax when results don't meet expectations.

Mike Leach’s Seattle intro is further proof that Cougs are serious about change | Seattle PI Sports Blog - seattlepi.com
If the Pullman scene was Mike Leach’s official maiden voyage as the new face of Washington State’s football program, Tuesday night’s event at the Fairmont Hotel in Seattle was simply further confirmation that the Cougars ain’t messin’ around on this one.

Leach filling out WSU coaching staff " Kitsap Sun
Mike Leach is known for his outspoken personality and willingness to talk about most anything, but Washington State's new football coach would not confirm or deny media reports on assistant coaches that will be joining him in Pullman.

UCLA will lose assistant football coach - latimes.com
Meanwhile, assistant coach Jim Mastro is expected to take a job with Washington State, according to a person in the program who was not authorized to speak publicly on the subject. Mastro, the Bruins' run-game coordinator, was hired away from Nevada in February to massage UCLA's "pistol" offense.