I have to admit I showed up to this game a little late and in a terrible mood.  Immediately after watching the Cougs lose in overtime to UCLA, I hopped in my car and rushed off the to the Nashville Municipal Auditorium.  When I got downtown, I found it difficult to find a parking spot, which made things worse.  I made it into the arena and to my seat with about 12 minutes left in the first half and Morehead State up 19-11.

For the rest of the first half, I wasn't in the game at all.  Morehead had a comfortable lead and the Wazzu game was still dominating my thoughts.  Maybe I'm too emotionally invested in sports to be a real-life reporter.  At least I have this pretend gig for now.

At halftime, watching Morehead State's mascot do the "Dougie"  for the second straight night turned it all around for me.

(Continue after the jump) 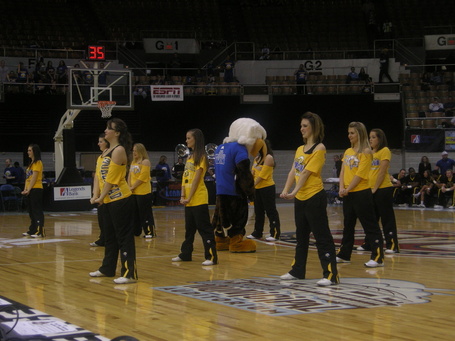 The second half started out more exciting.  TTU made a run to cut the lead to three.  However, just after that happened, Morehead State scored a quick five points off a three and steal.  Tennessee Tech wasn't able to threaten again until a frantic comeback brought them within four late in the game.  It was too little, too late for the Golden eagles, as they eventually fell by a score of 80-73.

My vote for tournament MVP, Demonte Harper of Morehead State, was making an impact all over the scoresheet.  He finished with 27 points, 11 rebounds, and 8 assists.  What sealed the deal for me came with 5:06 left in the game when he grabbed the mop and cleaned up some sweat off the floor.  There was also a huge block after TTU had stolen the ball late in the game and had a chance to cut it to six with 2 minutes left, but the mop thing was way cooler.

Kenneth Faried had another spectacular day for Morehead State.  Faried finished with 24 points, 15 rebounds, and 5 blocks.

Kevin Murphy of Tennessee Tech led all scorers with 30 points.  His efforts were huge in Tech's late comeback.

The All-Tournament team consisted entirely of the two teams in the championship game:

I'm pretty sure most of the media that were there and voted for this were either only there for the championship game, or the the last two rounds.  I included Terence Smith of UT Martin on my ballot.  He dominated the first two rounds of the tournament and was the main reason UTM was even in the quarterfinals.

Tennessee Tech's Kevin Murphy possesses the ball in the second half. 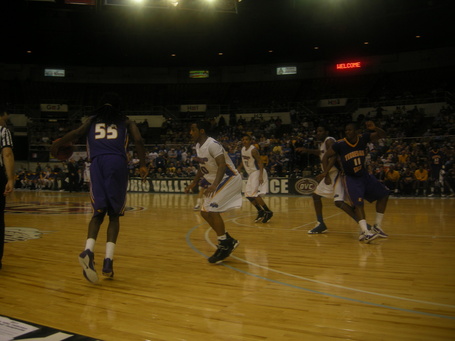 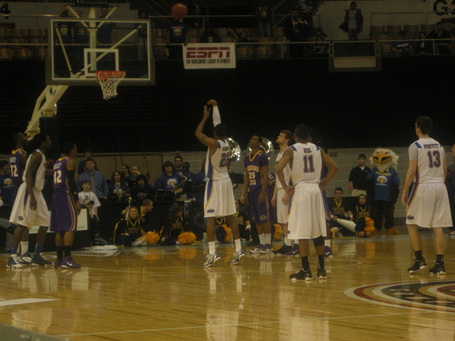 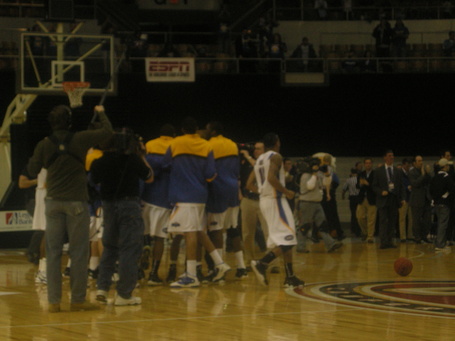 TTU players after the loss. 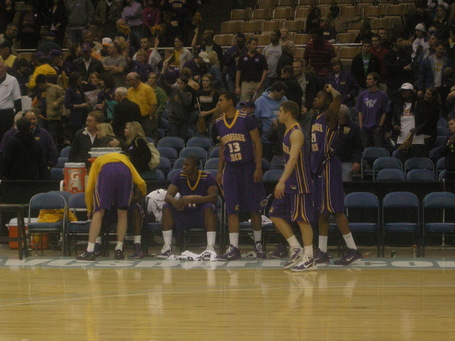 Demonte Harper receives whatever all the players and coaches receive when winning the OVC conference title. 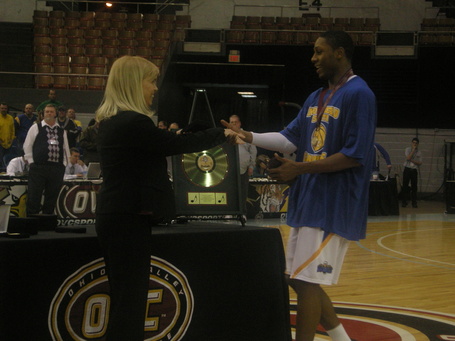 Kenneth Faried poses for me. 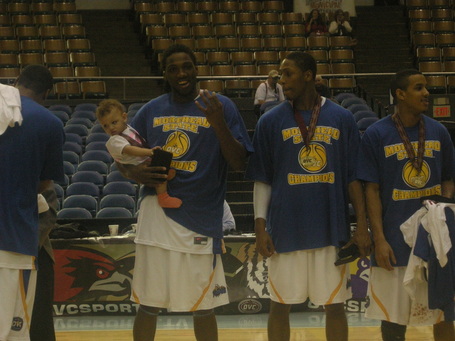 Morehead State gets the trophy. 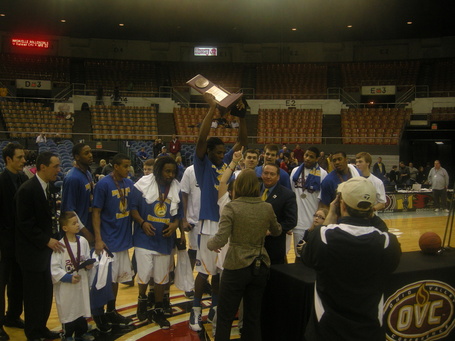 Cutting down the nets. 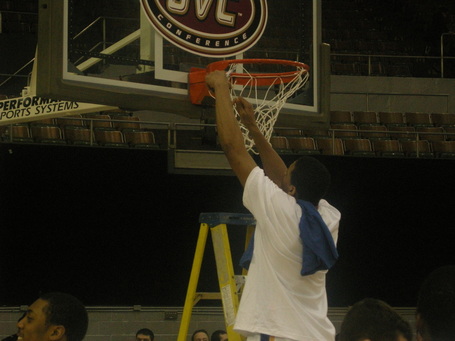 That's wraps it up for me for the OVC tournament.  It was an awesome privilege to be able to sit courtside for all seven games and an experience I'll never forget.  Thanks for letting me take up space on the front page for this, I hope you enjoyed it.

I'll be back to wrap up the "tour."  Barring any NIT games or something like that, it is likely over for this season.