Share All sharing options for: Travis Long Provides A Moment Of Hilarity For WSU Against Idaho State

There were a lot of moments of dominance in WSU's big victory over Idaho State, but none made me laugh more than this play turned in by defensive end Travis Long.

In the spirit of Brian's breakdowns from this week, I've decided to bring you the fun in the form of still pictures, minus the actual strategy, since there isn't really much strategy in here -- this is just pure, unadulterated athletic ability for entertainment purposes.

First, the set up. You'll notice the Cougs are in the 30 stack they were in the vast majority of the day. Long is lined up on the inside shoulder of the left tackle, about to be subjected to yet another double team -- it's been five on three all afternoon: 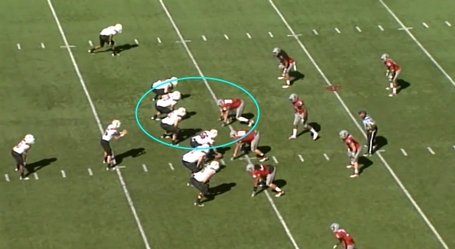 Then, the fun begins.

As the ball is snapped, it's clear what the linemen are trying to do: Get the defenders to the ground by cutting out their legs so the quarterback can throw a quick slant. Both Anthony Laurenzi and Long -- who has rushed to the outside of the tackle -- have two defenders diving at their legs. 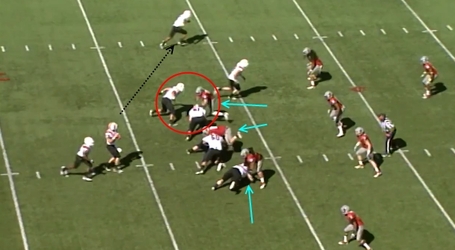 Of course, Idaho State didn't account for one thing: Travis Long is a cyborg. He not only pushes the tackle to the ground to remain on his feet -- Toni Pole also accomplished that -- he managed to also get up field, leaving his two would-be blockers eating a mixture of artificial grass and ground up rubber, and set his sights directly on Yost. OH NOES MISTER QB! 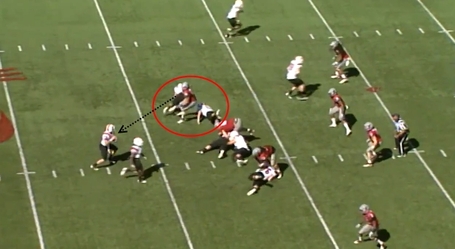 Rather than simply make a bee line for the quarterback, Long recognizes what's unfolding in front of him and makes himself as big as possible, as if he was intimidating a bear (which I'm sure he does in his spare time). 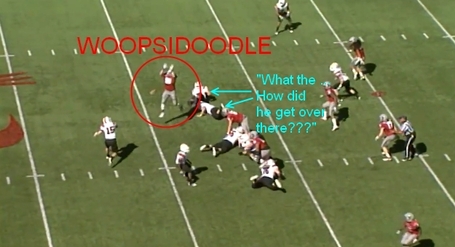 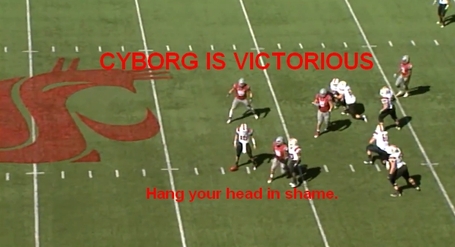