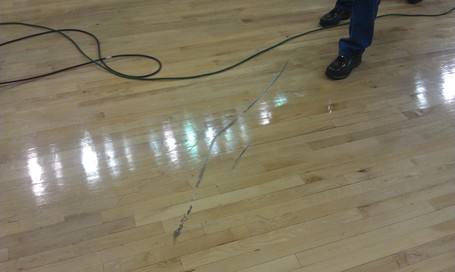 Accident investigators are on the scene at Alaska Airlines Arena in Seattle, taking measurements and piecing together reenactments of a serious incident that occurred on Sunday night. As you can tell from the photo above, the victim -- a well-dressed man seated courtside in close proximity to the scorer's table -- attempted to hit the brakes and avoid a collision. We're sad to report, however, that he was unsuccessful.

It's unclear what the victim was trying to do leading up to the accident, though one could surmise he was attempting to stop a crime in progress. His efforts, however, were in vain as the Washington Huskies beat his associates like they stole something. Instead, his accident serves as a metaphor for what unfolded on the Huskies' home court. 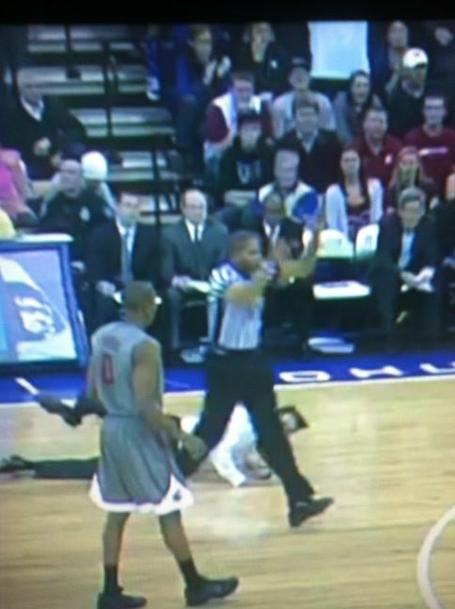 Washington State head coach Ken Bone, or the victim in this case, was able to dust himself off and get back to work, but his failed brakes and subsequent fall took a toll on himself and his team. There's been no word on the extent of his injuries, but we'll assume he walked away with a broken spirit and bruised pride.

Edit: We've secured video of the incident. Warning: It's not for the faint of heart.