Pac-12 Odds: Picking Against the Spread for Week 8

Kyle Sherwood looks at the Pac-12 lines for Week 8 and makes his picks.

Share All sharing options for: Pac-12 Odds: Picking Against the Spread for Week 8

I needed this bye week as much as the team did. The Pullman to Vegas to Pullman to Clink to Corvallis to Pullman grind I've gone through over the past six weeks, along with the unconscionably ridiculous amount of alcohol required to forget them has taken quite the toll on my body. It's time I take that same amount of booze and consume it on my couch.

Speaking of taking its toll, how is the latest Cougar loss treating you? I stayed the entire game, but had mentally checked out by around halfway through the second quarter once it became painfully obvious the direction the game was heading. I began to focus on the fantastic mullet on the Crowd Management Staffer in my section; our band began to focus on playing our fight song when CAL picked up first downs; our scoreboard focused on remaining blank for the entire game (note: we didn't miss it, we knew we were losing); and our receivers were focused on everything NOT having to do with catching a football. Everybody's checked out. Our seniors aren't alone: we're all corpses preparing for the inevitable 0-9 season. Bring on basketball so we can check out of THAT by Christmas, too. And then we'll start the vicious cycle of convincing ourselves the entire offseason that 2013 is going to be a different story. 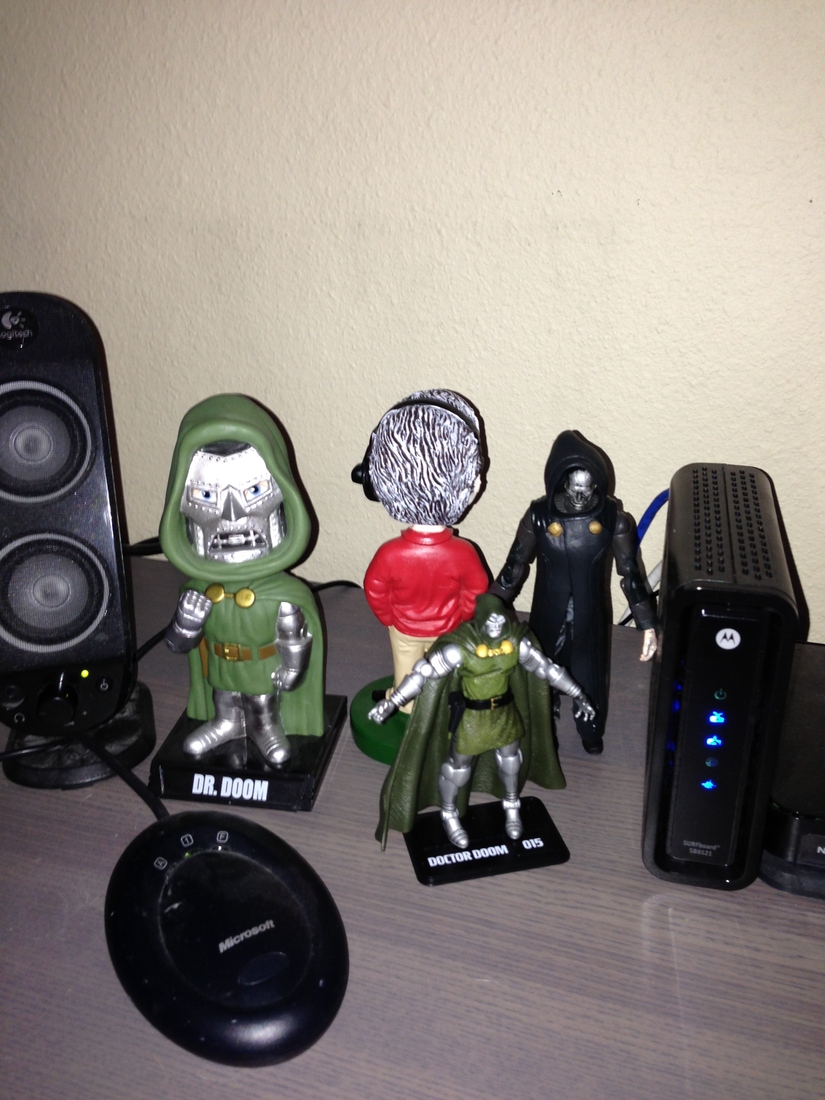 I stole this idea from a friend of mine, but here is my Mike Leach bobblehead on my desk and he is on timeout. You'll note the Dr. Dooms are all facing forward because Dr. Doom actually beats the Fantastic Four every once in a while. Coach, you're facing the wall until you win a Pac-12 game, please don't take until 2014 to memorize the grooves in the drywall.

On the plus side, I DID go 5-1 last week! The only thing keeping me from perfection was Cody Vaz carving through a BYU defense that gave Mike Leach and Jeff Tuel fits. Lesson learned that you can't base the quality of a team by how well they play WSU; You'd think from the last 5 years, I would've picked that up by now. Here's hoping I learned my lesson for week eight.

On to the picks:

OREGON (-9) at ARIZONA STATE: I will say this every week, until its wrong: ride ASU and their 7-0 record ATS. Also, try to tell me the Devils aren't going to win tonight after watching this:

A 50-story Sparky just straight-up murdered an entire football team, then took his flaming trident and used it to blow up the stadium! That might be the greatest thing I've ever seen in my life, and I've seen Neil Diamond in concert, bonobos humping at the zoo and a guy eat an entire glue stick for six dollars. This is the new #1. Take the Devils and the points.

STANFORD (-2.5) at CALIFORNIA: As much as I'd hate it if the Cougs played a rivalry game in October, it would be a great feeling to actually play it before the season is over for all practical purposes. Manufactured drama is still drama! This year, rather than a Stanford shellacking sending Cal straight to the Kraft Fight Hunger Bowl, the October Big Game will be merely a bump along the way to the Kraft Fight Hunger Bowl. Take Stanford, give the points.

COLORADO (+40.5) at USC: USC's first string is obviously seven or eight touchdowns better than the Buffs, but what's it going to look like in the 2nd half when walk-ons are playing on defense? And by walk-ons, I mean anyone who walks onto the football field. Will Ferrell, Snoop Dogg, George Lucas, Lisa Ling, Dr. Drew, LeVar Burton, bring it on (sidebar: it was really depressing to read the "famous USC alums" Wikipedia page and contrasting it with how much WSU brags about that John Candy thing in Volunteers.) Colorado stays within six touchdowns and covers.

WASHINGTON (+8) at ARIZONA: This game is on the Pac-12 network, so since I have DirecTV, I will likely be watching the "Redneck Rehab" marathon on CMT. Anytime you can watch Tom Arnold take someone out of their regular clothes and back into their old Looney Tunes t-shirts and jorts, this is something you have to take seriously. Just from watching the preview, I saw more hollowed-out wiffle ball bats used as beer-bongs than I did people wearing shirts with sleeves. If there isn't a CougCenter gamethread for this thing, I think we've lost our way as a website. Oh....and UW covers.

UTAH (+10.5) at OREGON STATE: Call this a gut feeling, because there's no logic behind this, but this just feels like one of those games that inexplicably goes into overtime. The Beavers have played teams close this year, but it was when they were the underdog. They haven't had a good scare yet, and Utah's defense is probably good enough to keep this one close. I like the Beavs by a touchdown, but take the Utes and give the points.

Good luck to you all and here's hoping you finish the weekend with a small fortune, provided you didn't start it with a large one.