Washington State and other Pac-12 fans like to joke that the Husky fans are still stuck in the early 1990's. Washington was dominant during that period and some Washington fans talk as if 1991 was just last week.

Well, we may have discovered why some Husky fans act as if it's 1991 still. Our man Kyle Sherwood is on the scene in Pullman and discovered that at least on Washington fan has yet to update his early 1990's wardrobe. 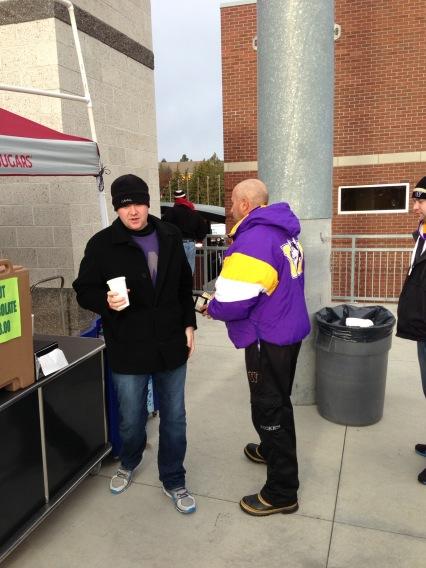 That my friends, appears to be a Starter jacket from sometime between 1990-1993. It comes complete with some obnoxiously bright yellow, which obviously was the inspiration for Oregon's current uniforms.

While you could criticize the fan for not updating his wardrobe, you have to give him credit for taking care of his clothing. That jacket looks like it's in mint condition. No stains, tears, nothing. Maybe that's because he keeps it in his closet unless the Huskies are good.