I remember attending my first senior day at Washington State, early in my college career. Everyone was there to see the graduating players off, but before the real show got started, Tony Bennett and his staff trotted out a few young men in suits to present them with framed photos and flowers. I had no idea who these people were, and I'm not sure many others did, either.

The gentlemen in suits, typically found on the end of the bench, were managers -- the unsung heroes of the program. These dedicated students take care of the small things, from the logistics of the program all the way down to the laundry and equipment. If a player wants to hit the gym and put up shots after midnight, a manager tags along and rebounds. The job means long days and little sleep during the season

As we say goodbye to this year's class of seniors -- Marcus Capers, Faisal Aden, Charlie Enquist and Abe Lodwick -- we also bid adieu to an excellent manager, Neil Stover. I've never actually met Neil in person, but I've been able to get to know him through the magic of Twitter.

Long ago, when I first started writing for CougCenter, we began to banter back-and-forth on Twitter. It became a long-running conversation about basketball, then sports in general, then life. He's a smart kid that's going places -- something readily apparent to anyone who's talked to him.

So you're probably wondering who this young man is and why I'm writing about him graduating. Start here:

You see, Mr. Stover has made such an impression that he has a fan club. And a giant cardboard cutout head. We're in uncharted territory here. 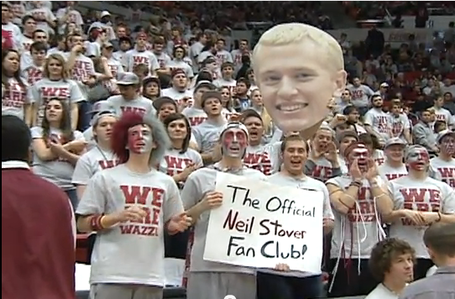 And now for the action shots. These should go on a resume. What exactly does a manager's job entail? Plenty of this: 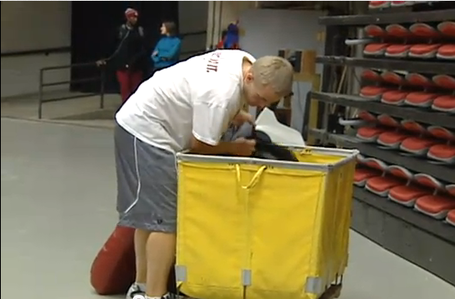 It also involves plenty of diligence. You know, like making sure you didn't forget a uniform. 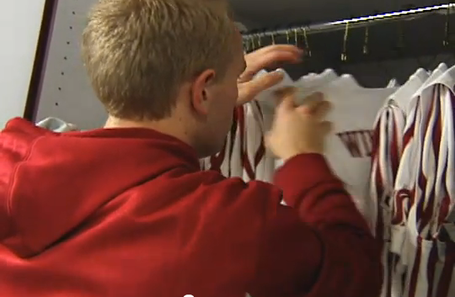 A manager must always be organized while assisting the coaches. Neil has excelled at this, obviously. 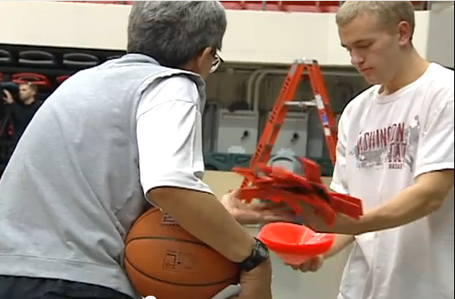 Programming skills? You bet. Also, I think a player is taking a mime picture of him in the background. Even the players know he's a star. 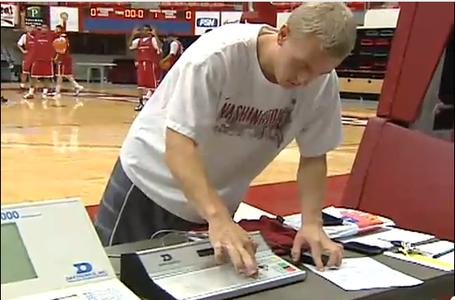 And, of course, the most important job of a manager: laundry. Lots and lots of laundry. 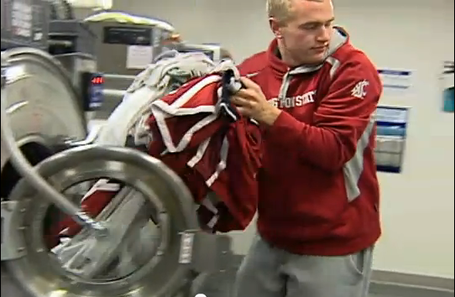 If you recall, there was a uniform oddity last season -- at least I think it was last season. It's been impossible to find a link to the oddity, but at one point WSU had to wear its alternates unexpectedly for a game. To this day, I still blame Neil -- it will always hang over his head. The reason for the unexpected change was an outbreak of the wrinkles. And since he's the laundry boy, I'll maintain it was his fault. Wrinkles are a manager's worst nightmare!

In all seriousness, Neil has left quite the impression on me. His work ethic is second-to-none -- lengthy days with no sleep while balancing school and catering to the basketball players and coaches is quite the feat. His loyalty to the team is admirable, and he'll stand up and argue what he believes is right.

He also has a pretty neat story about his college career. If you haven't read it yet, please take the time to do so. It's a good look back at his time in Pullman, but more importantly it's a fitting story for anyone who's been through college, growing and changing along the way.

And now for a shameless advertisement. If you happen to be reading this and are looking to hire a broadcasting major, be sure to get in contact with Neil. He worked as an intern with ROOT Sports over the summer, doing all sorts of work at Safeco Field with the Mariners, and just knows his stuff. #HireNeilStover

So 600-something words later, the point of this post is simply to thank Mr. Stover for his service, because managers need love, too.