There is just something about Spring. Rejuvenation, rebirth, everything is blooming and quarterbacks are competing for the starting job. In an interview with Howie Stalwick, Mike Leach covered a lot of topics including who would start at quarterback next season.

Asked if Tuel is the clear-up No. 1 quarterback, Leach said, "I look for him and Halliday to battle it out in the spring."

It's no surprise quarterback will be up for competition, every position is up for competition, especially with a new coaching staff. What surprises me most is Connor Halliday would be ready to compete for the starting job in the spring. It's been roughly two and a half months since Halliday lacerated his liver against Utah. Some initial reports had the recovery lasting into April. The fact Leach expects him to compete for the starting job is at worst a sign Halliday is healing well.

If the starting position is indeed decided during spring ball, I would fully expect Tuel to win the job. While recovering from his injury, Halliday missed valuable development time and will at best be rusty once spring ball starts. Tuel was already the favorite, but a spring competition only stacks the deck in his favor. Then again, I wouldn't want to battle anything out against this guy. 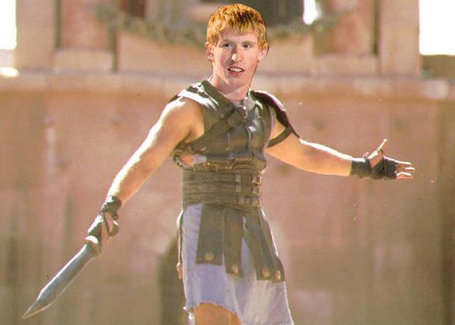 A few other notes from the article.

Cougars seek offensive help for Motum - Spokesman.com - Feb. 8, 2012
PULLMAN – All eyes, seemingly, are on Washington State forward Brock Motum. Or, at least, more eyes than before. As the team’s leading scorer – his 17.2 points per game are second most in the Pac-12, behind only Jared Cunningham of Oregon State (18.0) – Motum is starting to receive more and more attention as the top performer on a struggling Cougars team.

Steve Puidokas to be Inducted into Pac-12 Hall of Honor - The Washington State University Official Athletic Site
PULLMAN, Wash. - Washington State men's basketball great Steve Puidokas will be one of 12 honorees inducted into the Pac-12 Hall of Honor presented by Bank of the West during the 2012 Pacific Life Pac-12 Men's Basketball Tournament, the Pac-12 Conference announced Tuesday.

Husky Men's Basketball Blog | UW's NBA stars not among Pac-12's richest | Seattle Times Newspaper
t's not a shocker Washington State is at the bottom of the list, but didn't expect the total earnings ($3.2 million) to be so low among former WSU stars.

The 12-11, 4-7 Washington State Cougars and 15-8, 5-6 Oregon State Beavers are hoping for some late season momentum to improve their standing in the Pacific-12 Conference. WSU is going to Oregon this week trying to sign off on their first Pac-12 win of the year on the road.

SportsMinds: WSU Baseball: Practice Report And Coach Marbut Audio
Instead of editing the last post with the audio from my interview this afternoon with Coach Marbut I decided a new post might be in order.