Share All sharing options for: Martin Stadium Renovation: Photos And Videos Of The Cougar Football Project

If you haven't seen the Martin Stadium renovation project up close yet, you're missing out. It's remarkable how quickly the stadium is transforming, and the skeleton of the new press box and suites is taking shape. Over the past five months, construction crews have been hard at work and the results are quite impressive.

If you're not in Pullman, you can track the progress of the renovation at the Cougar Football Project website. You'll find a ton of information there, as well as ways you can help with the project.

It's hard to capture just how huge the new section of Martin Stadium. It's imposing, to say the least, and our little stadium is looking more and more like a big-time complex. The small press box area is gone, and in its place stands a three-story behemoth.

Here's a quick video I shot while standing on the sidelines of the press box side of the field. It still doesn't do the renovations justice, but standing underneath it all sort of captures how large the thing is.

After the jump, photos from a couple different angles.

These were taken from almost right underneath the renovation, from the sideline. 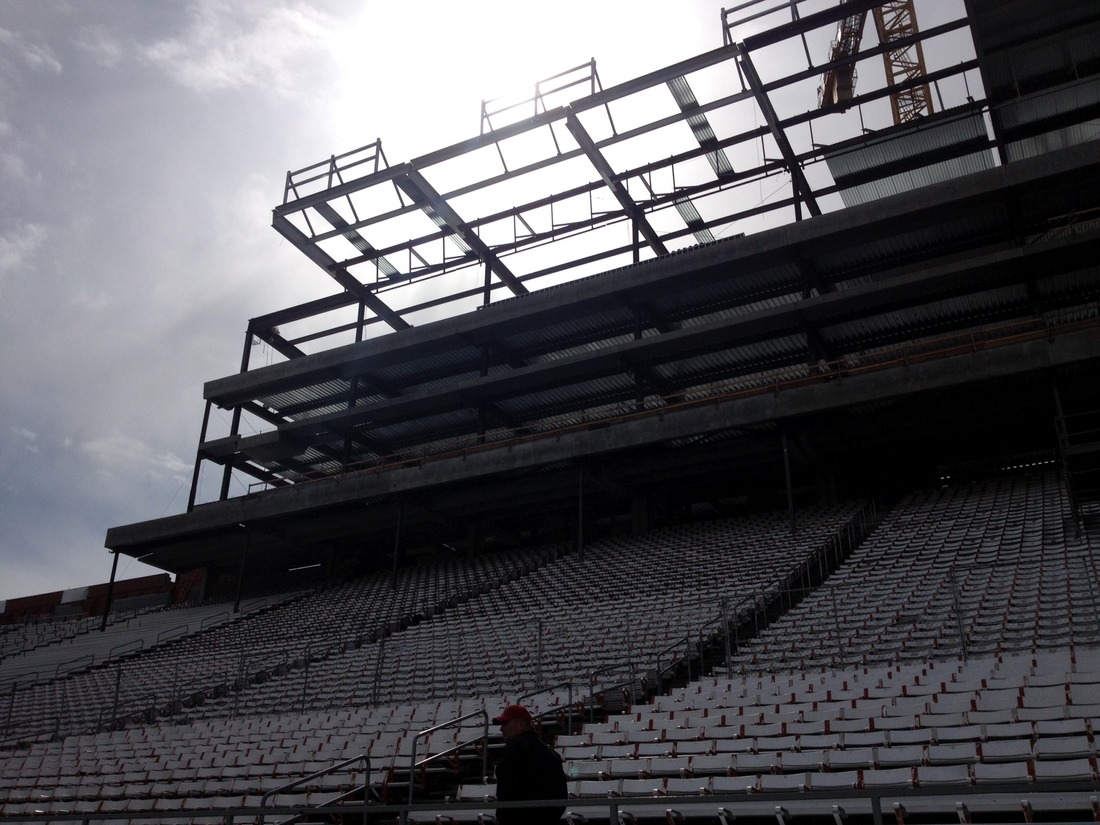 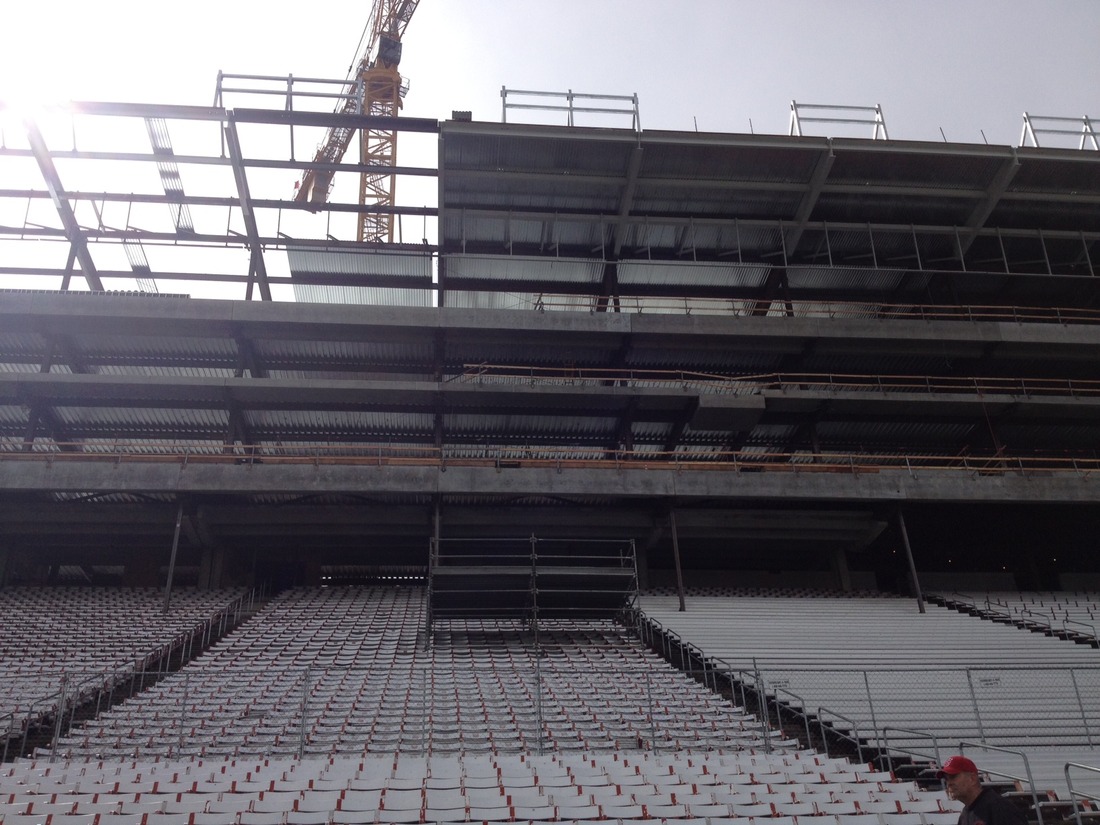 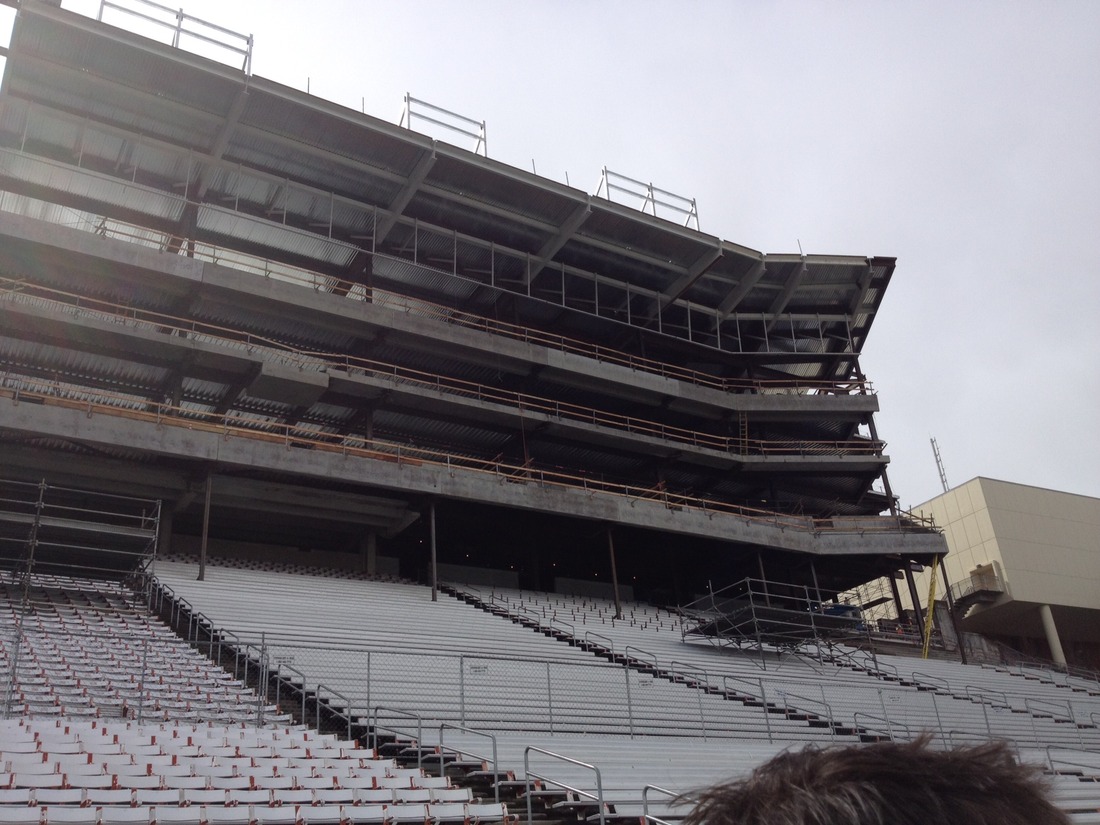 The following photos are taken from between the tunnel and goalposts. 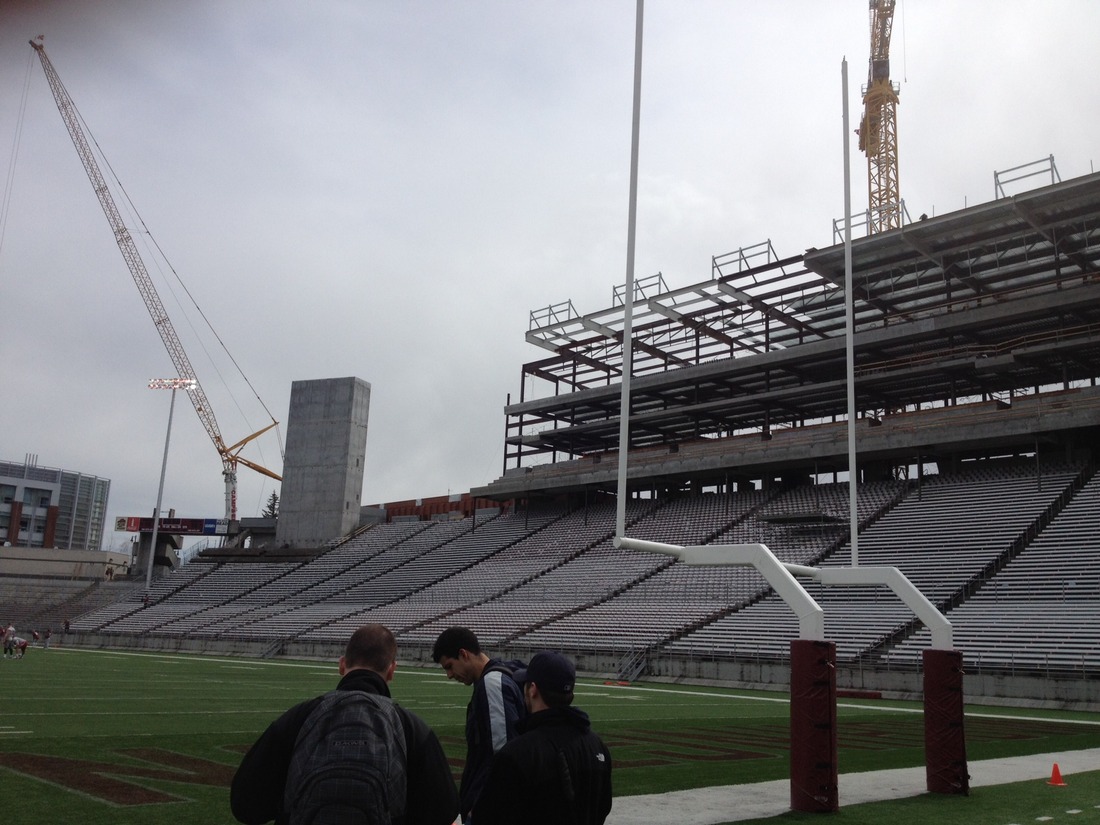 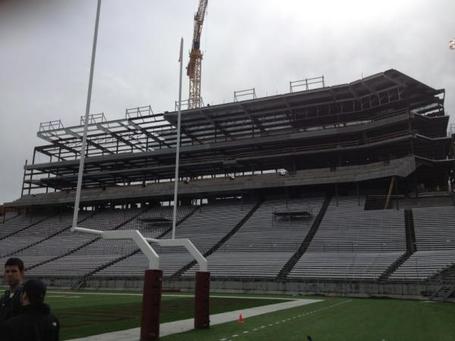 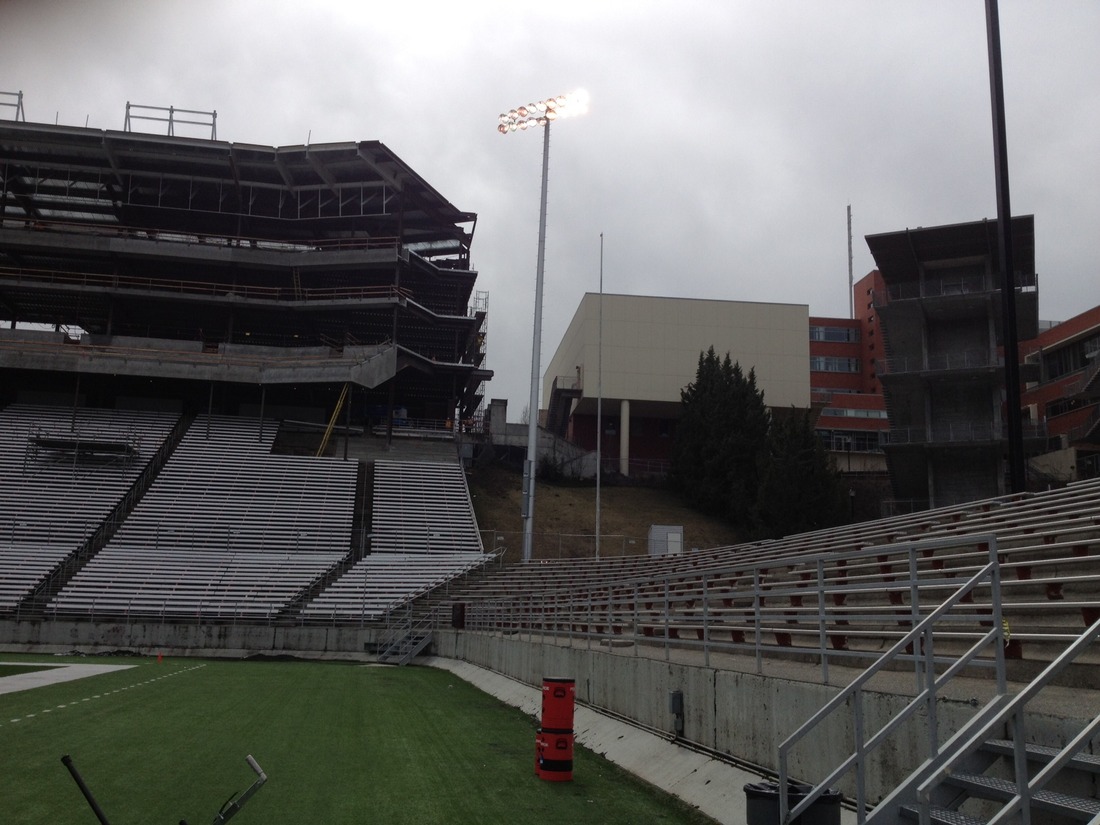 Note the size compared to the elevator leading to the CUB. I've said it many times, but the renovation is massive in size.

We'll continue to track the progress of the renovation as construction crews power ahead, trying to get the whole thing done. There's still a long way to go, but the hope is for the project to be ready enough to be put to use for the first home football game of the year, against Eastern Washington in September.

If you like what you're seeing and want to get involved, visit the CFP website. The athletic department has big plans, including an impressive football operations facility. But it won't get done without fans and alumni stepping up to the plate.