Okay, so we were kidding around a bit with our video of Mike Leach's bear hunt on Friday because we didn't have visuals on the bear he took down. Leach said he shot a bear somewhere in the neighborhood of 7-feet and 350 pounds, but it's kind of hard to visual what that might look like. Personally, I was thinking something like Shaq. 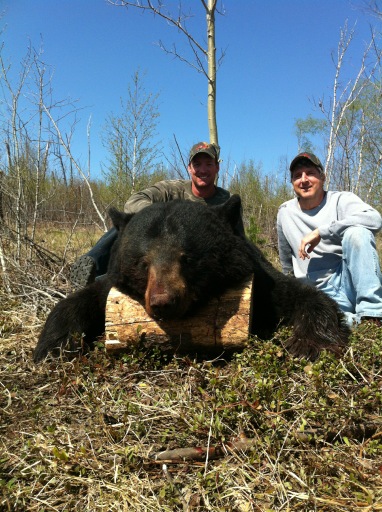 If you're interested in the hunt, you'll also be able to follow along. Leach had a video crew with him, he said, and the hunt will be broadcast on the Outdoor Channel sometime in the future. We'll be keeping an eye out for details.

Mike Pawlawski, a Cal Bear, also got himself a bear, though it looks tiny in comparison to Leach's.

Finished our bear hunt in Alberta with @coach_leach heading to the keys to fish with Urban Meyer HC of OSU and son Nate twitter.com/Pawlawski/stat…

Can't tell if Leach is going fishing too, but that'd be awesome.