My go-to highlight whenever someone asks is usually Chris Jackson's first touchdown in the 1997 Apple Cup. It was sort of the capstone moment of that magical season, the point at which you just knew nothing was going to keep this team from the Rose Bowl.

But for this one, I want to change it up a little bit. Given the recent events in my life, I want to pay homage to my wife, Sarah, who has been amazingly strong through all of the challenges our family has faced over the past few years. She graduated with her bachelor's from The Evergreen State College last week, starting with one child at the beginning of her journey and finishing up with three, including putting the finishing touches on her classwork from a hospital after Trystian was diagnosed with cancer.

She's truly my hero, so I picked one from my favorite WSU memory with her: The 2003 Holiday Bowl, which we attended on our honeymoon. The highlight? The final sack of Chance Mock -- which seemed like the 50th sack of the game -- that sealed the outcome. Said Mock after the game: "They were coming from everywhere."

(Many thanks to Sean Hawkins over at WSU Football Blog for posting this a few years ago.)

People always laugh about us going to this game, but it's two different kinds of laughs. When my friends laugh, it's in a "that's so awesome!" kind of way. When her friends laugh, it's usually in a "goodness, your husband really is insane about his Cougs, and I'm not sure if that's actually a positive" kind of way, since, you know, we went to a football game on our honeymoon.

But as it turns out, it really was just a stroke of dumb luck that it happened.

We were engaged in August, and we really didn't want to wait long to get married (we were 26 and 24). We also wanted to do it at a time when we'd be able to take a honeymoon right away. Being a school teacher, that meant doing it during Christmas break, so we settled on December 27 within a couple of weeks after the engagement.

As we thought of honeymoon destinations, we knew we needed something pretty inexpensive. But we wanted to go someplace warm. Someone suggested San Diego, and a couple of cheap airline tickets and an Entertainment book hotel room later, our trip was booked in September.

As December approached, my mind was squarely on two things: Planning the details of the wedding and surviving my first year of teaching. (Fellow teachers can appreciate how stressful the latter thing is.) I was enjoying the Cougars' season, but wasn't really focused much on it.

So my dad comes up to me and says, "You know, there's a real chance the Cougs could end up in the Holiday Bowl."

Him: "Well, you're going to be in San Diego for your honeymoon at the same time ..."

Me: "Oh geez. I can't ask Sarah to go to a football game on our honeymoon."

Me, looking for a way to not have to ask her to go to a football game on our honeymooon: "Well, I'll bet the tickets will be out of our price range -- we're already on a super tight budget."

Him: "I'll buy them. YOU HAVE TO GO. You'll kick yourself forever if you were there and you don't."

Obviously, I wasn't so sure about this plan. I honestly don't remember how I approached it with her, but I do remember her reaction: "Sure -- I'd rather we go to the game together than have you miserable in a hotel room, knowing the game is just down the road and you didn't get to go."

So go we did! It was unseasonably cold in San Diego that week, but I do remember we kept each other warm in the stands in that totally sappy, on-your-honeymoon sort of way. That WSU beat a top 5 Texas team that expected to walk all over the Cougs made it that much more memorable.

This is just one example of how Sarah understands me better than anyone else on the planet, something she's demonstrated over and over and over as I do silly things like yell at the TV and spend way too much time trying to make writing into some sort of viable career. 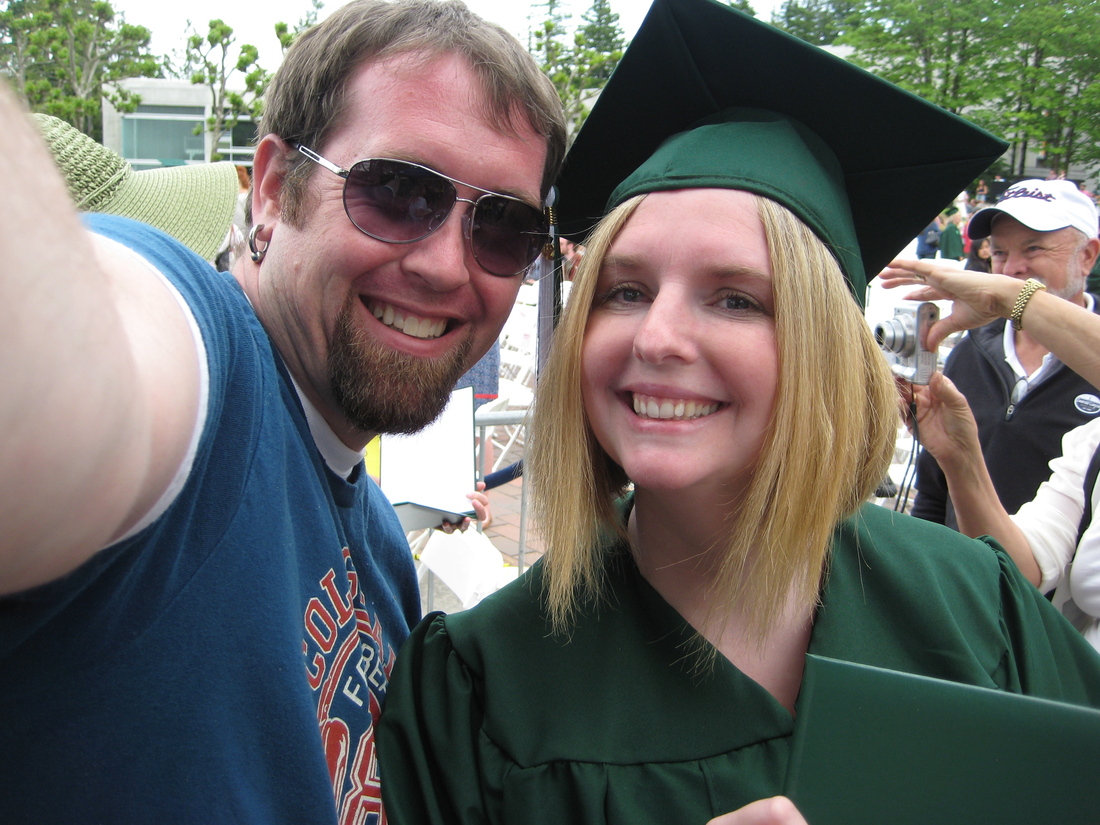 So what's your favorite highlight? Share it in the comments below.