How Would Mike Leach Do As A Guide On The Oregon Trail? We Find Out

Share All sharing options for: How Would Mike Leach Do As A Guide On The Oregon Trail? We Find Out

Mike Leach is a man of many talents. We know what success he's had as a college football coach, but he's also an excellent chef, marriage counselor and weatherman. The real question is, what occupation can't Mike Leach excel at? In order to put all of his skills to the test, we presented him with his biggest challenge yet, a guide on the Oregon Trail.

With his bear hunting experience and recent affinity for Davy Crockett books, Leach goes into this challenge with a slight advantage over your run of the mill college football coach. How did he do? We take a closer look after the jump.

It all starts out in Independence during May of 1848. Being the true coach he is, Leach decided to bring along four players on the journey. Jeff Tuel, Marquess Wilson, Travis Long and Deone Bucannon are all along for the ride. 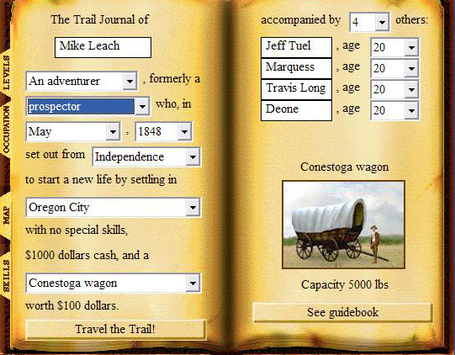 Before leaving town, Leach was sure to stock up on supplies. Beginning with just $7.04 to spare may not be the best idea but as Leach says, "you're gonna die in 100 years anyway, live dangerously." 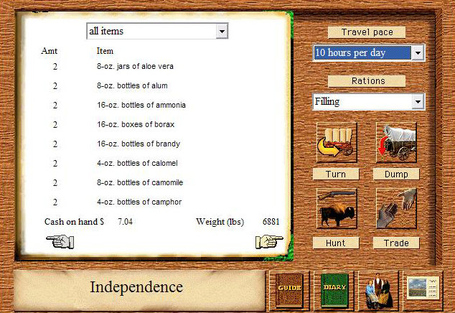 Leach has plenty of experience dealing with injuries as a football coach and it's a good thing, because two pop up just a few miles into the trip. 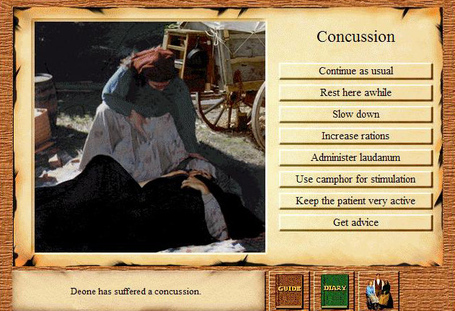 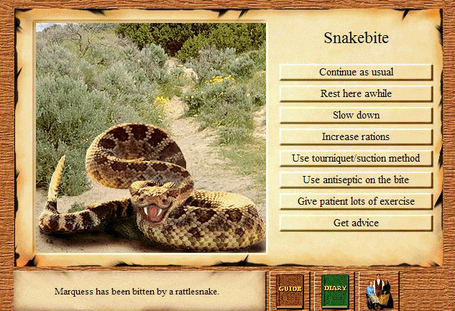 After dealing with injuries, Leach goes hunting and finds a familiar target. 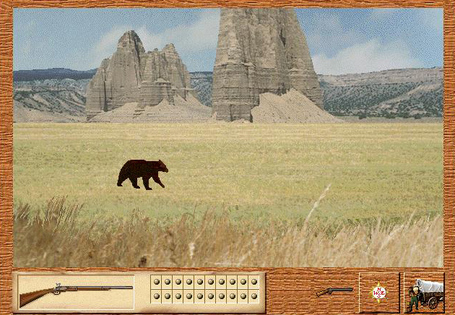 Things seem to be going well, until this happened. We are going to have some serious issues at safety next year you guys. 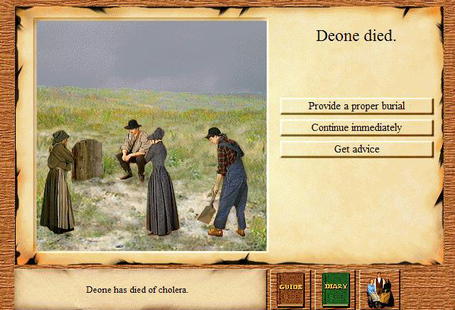 Still reeling from the death of Deone Bucannon, Leach gets some more bad news on the injury report. At this point, it's hard to tell where being a football coach stopped and being an Oregon Trail guide started. 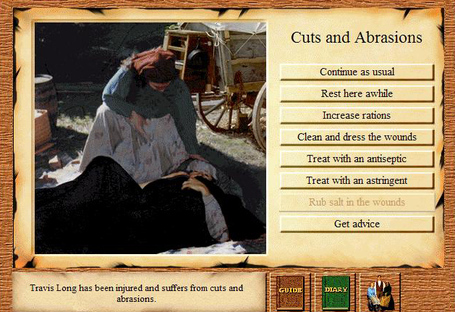 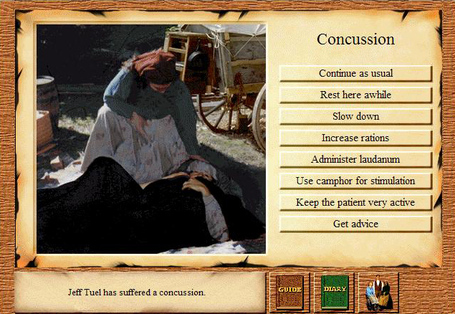 After dealing with player injuries throughout the trip, Leach runs into some trouble of his own. This one looks like payback. 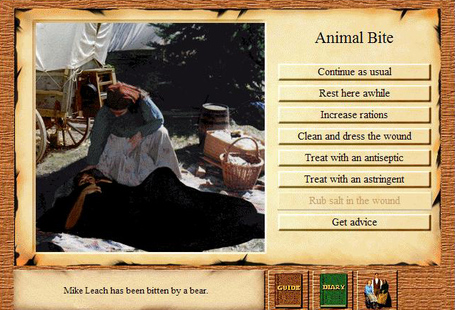 To add insult to injury, while Leach was recovering from the bear attack, the boosters grew restless and this happened. Oregon Trail guiding is apparently a cutthroat business. 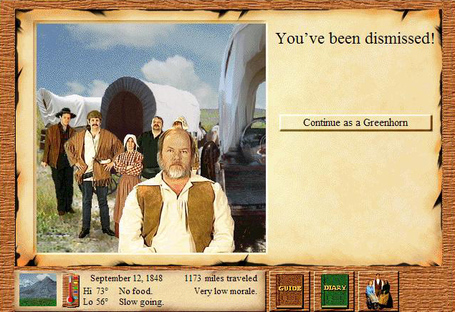 If you thought Leach would give up after being dismissed, you thought wrong. Just 400 miles and radio show later he was back in the captains chair. 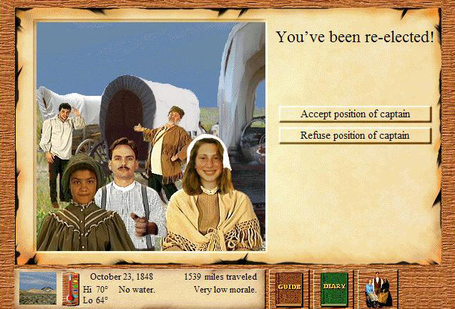 As a coach Leach is used to hearing complaints from players and even their parents and apparently it's the same as a guide. 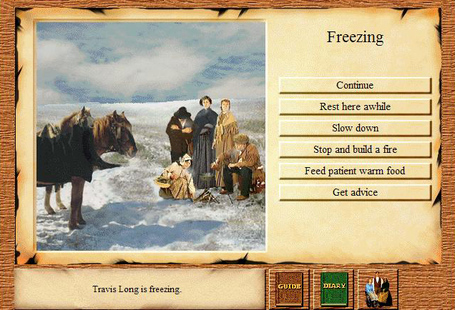 Oh, apparently that complaint was serious. Hopefully it's not too cold during the Apple Cup or WSU may test its linebacker depth. 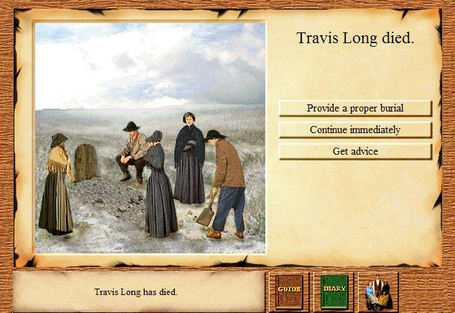 The rest of the trip proves to be no obstacle as Leach successfully navigates the Columbia River and arrives in Oregon. We also find out Paul Allen is a descendant of Leach. Allen of course attended WSU briefly before co-founding Microsoft. That sure came full circle nicely. 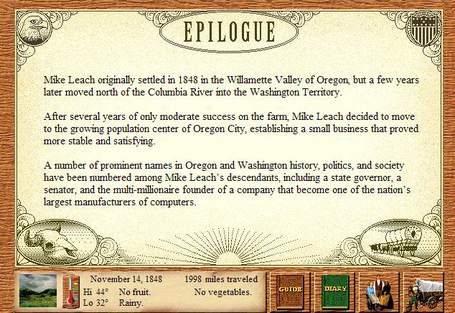 So, what did we learn here? Well, for one being an Oregon Trail guide is very similar to coaching college football. Nothing but injury reports and restless boosters to please. We also learned Travis Long does not like the cold and apparently cholera is nothing to mess with.