Martin Stadium Is Alive, Calm Before The Storm

Share All sharing options for: Martin Stadium Is Alive, Calm Before The Storm

FROM PULLMAN - Martin Stadium is completely lit up this evening in a full game day (or night) setup. It's a sight to behold; much different than the past with The Cougar Football project illuminating the field. All of the press box and luxury suite lights are on as crews put the finishing touches on the newly renovated structure just hours before unveiling it, officially, to the world.

As we've mentioned before, the Cougar logos on the side of the project are both backlit -- the one facing Stadium Way and the one near the entrance. The project itself glows, with plenty of lights inside the suites, press box and club lounge. It's truly a sight to behold. 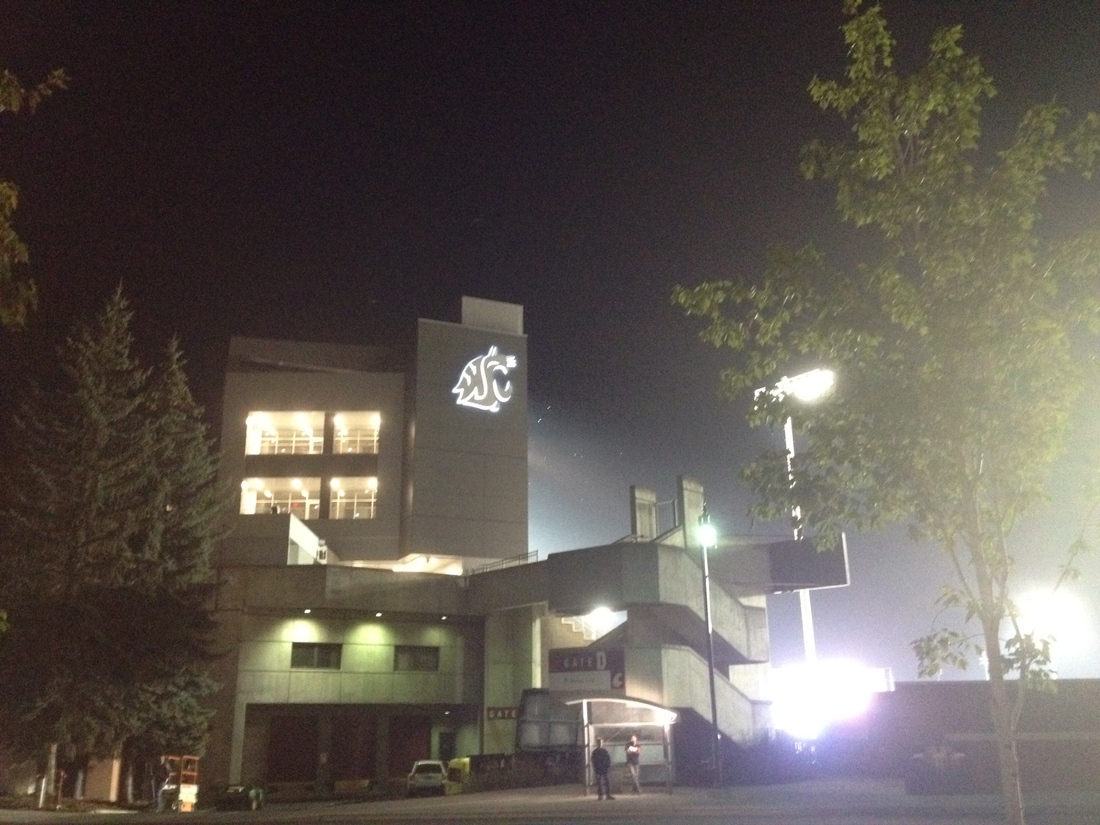 Since Saturday's game will be played in broad daylight, this was a nice test run. Those in Pullman are able to get a nice peek at the renovated stadium driving by Stadium Way. The lit up Martin Stadium sign with Bryan Tower in the background is a pretty sweet view from Stadium Way. 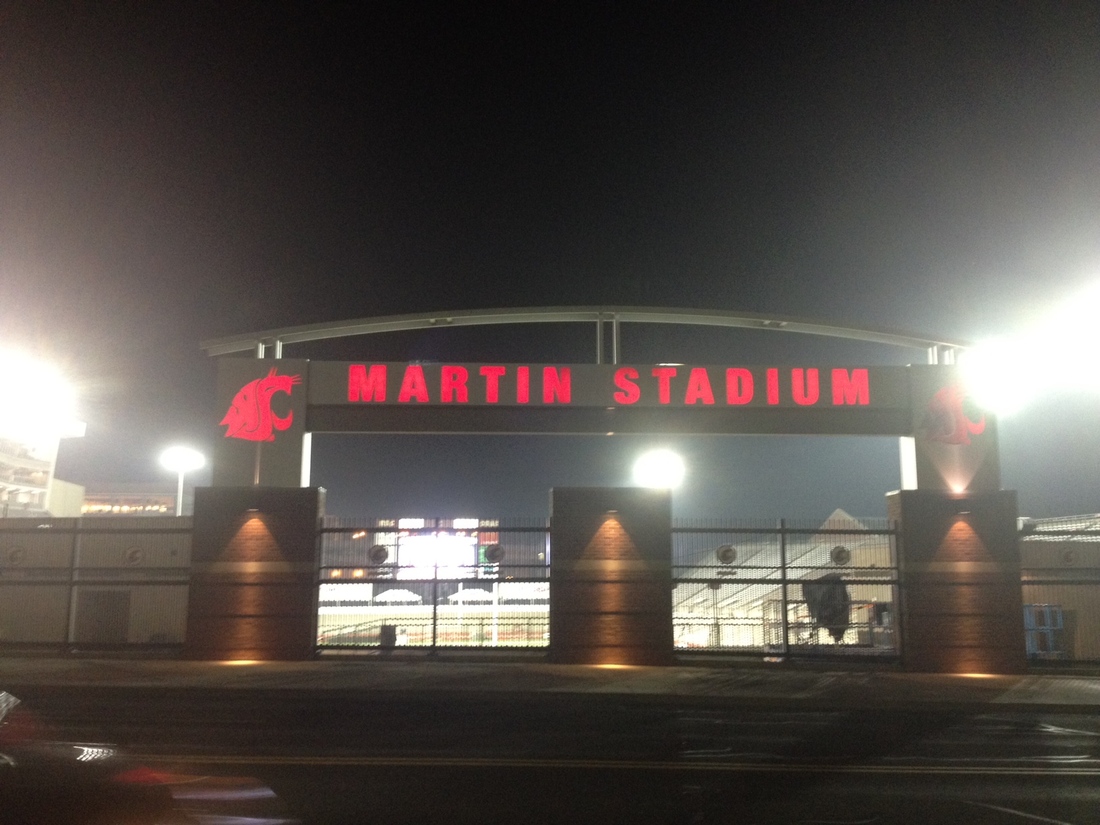 Just about 12 hours until gameday. Get excited.

If you're wondering, the scoreboard read 28-3 in favor of the Cougs.