Will Washington have its top quarterback for the Apple Cup?

The Washington Huskies didn't skip a beat without an injured Keith Price last Saturday against the Oregon State Beavers, but that doesn't mean they are ready to let Cyler Miles take over the reins at quarterback for the Apple Cup. Price sat out the 69-27 win over OSU with a shoulder injury sustained against UCLA. Meanwhile, UW racked up 692 yards of total offense.

But just 162 of those yards came through the air, and Washington head coach Steve Sarkisian no doubt wants to see what Price can do against a WSU pass defense that has struggled this season.

Price is still recovering, but he isn't yet ruled out for Friday against Washington State, according to the Tacoma News Tribune's Christian Caple:

"So he’s in much better shape this week than he was last week," Sarkisian said. "He’s not 100 percent. He’s not fully recovered. That’s very clear. It’s just a matter of, as we get closer to the game, is he in a position where he can go out and perform at the level that … enough to go out and perform well against a good team, against a good defense on Friday at 12:30. That’s what we have to assess."

In 10 games this season, Price has connected on 65 percent of his passes for 2,662 yards, 19 touchdowns and just four interceptions. Miles doesn't having the same experience running the offense, and struggled with two interceptions against UCLA when thrust into action after Price's injury. His numbers have been solid overall in limited action, completing 36 of 56 passes for 412 yards. 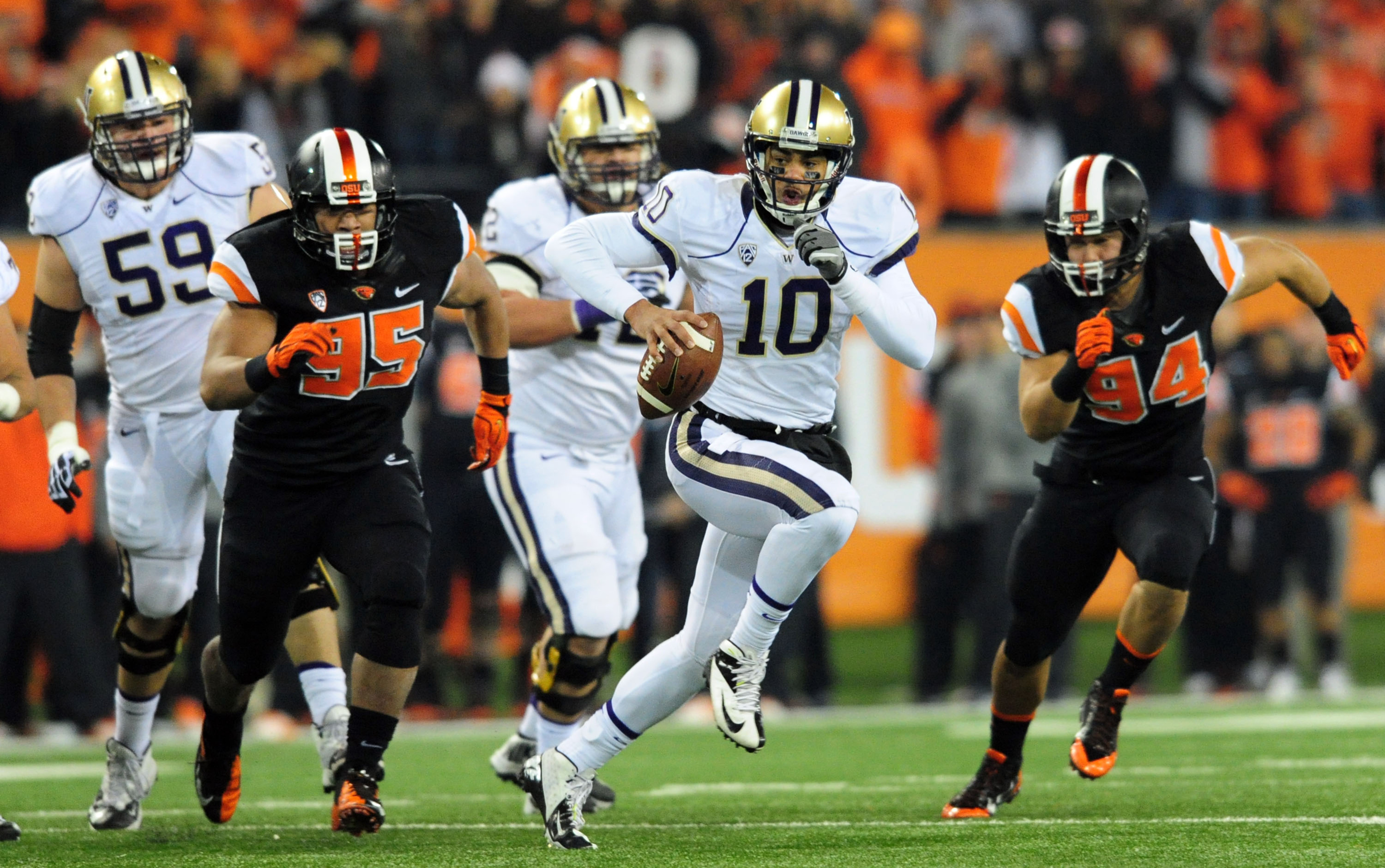 Even with UW's QB situation unresolved, Vegas pegged the Huskies as double-digit favorites.

While Price does have the ability to pick up yards with his feet, Miles is the greater threat to run at this point. The freshman has gained 170 yards on 21 carries.

The Cougars have performed better on defense, at least in terms of limiting big plays, when faced with a quarterback who cannot beat them over the top. This was evidenced most recently against Arizona and QB B.J. Denker. Does Miles have the ability to hit the deep routes that WSU will surely leave open from time to time? That is still unproven.

What is proven? Price can do that. Or, at least Price can when he is healthy. Sarkisian said he is not "100 percent" and a shoulder injury is obviously going to impact the passing game.

And that is the choice Sarkisian has to make: Go with the unproven freshman, or going with the injured senior who has been among the Pac-12's best when healthy.

If you are the WSU defense, who would you rather see in the Apple Cup?