How has WSU fared against the spread in past Apple Cups?

"All bets are off in a rivalry game." Or so they say.

They especially like to say it when one team is heavily favored in the betting line, as UW is for Friday's Apple Cup; the spread, which opened at 14 1/2 in most places, has reached as high as 16 1/2. 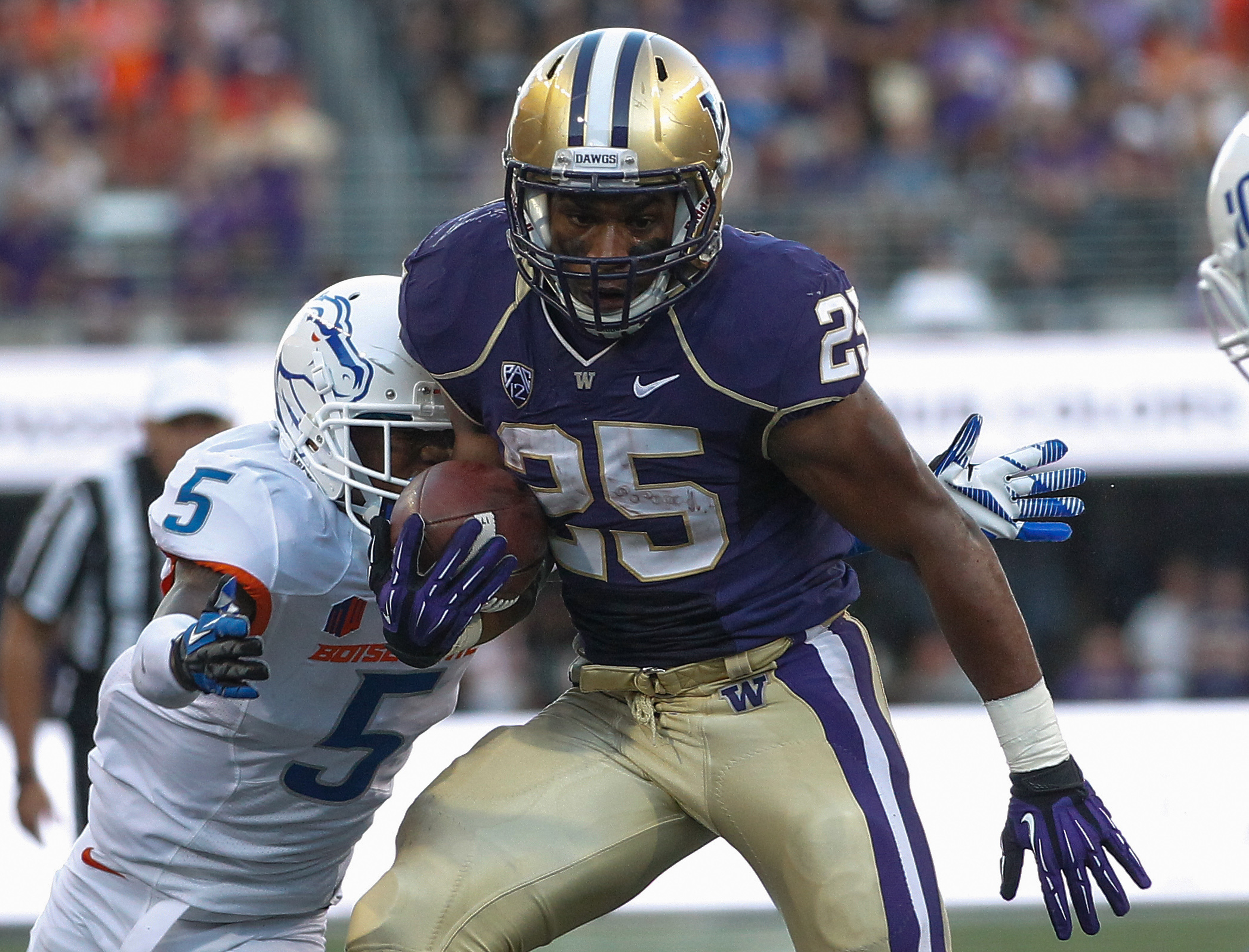 It will be a double-digit upset if WSU wins on Friday. (Photo: Otto Greule Jr. - Getty Images)

Collegiate football representatives from the University of Washington and Washington State University have played 105 times, the first being in 1900.  Prior to 1962, the series between the Huskies and Cougars was played for the "Governor's Trophy". Since then the two teams have played in the Apple Cup.

That's nearly a 2:1 advantage to the Huskies.

There's something illogical about UW claiming Husky Stadium is one of the loudest and best home field advantages in college football, then ignoring how that probably played a role in their skewed winning percentage over WSU.  Either Seattle is a great home field advantage and the all-time series wins are horribly biased toward their direction because they've had so many more games there, or their home field doesn't matter at all and we'll count everything -- you can't have both. Until someone decides which is true, we'll start tracking the data from when the teams started playing a true home-and-home rivalry format.

Those numbers aren't so great. But they're also not anything a nice little winning streak couldn't turn around. It wouldn't take decades, just a few seasons and the percentages move back to even.

WSU's longest winning streak is two games; let's see if they can 'play the next play' enough times in a row to match that streak this Friday.  Who really cares about historical numbers anyway? Guarantee our players don't.

After Alex Brink's awesome run in the mid-00's, Mike Leach might be the next "Husky Killer". 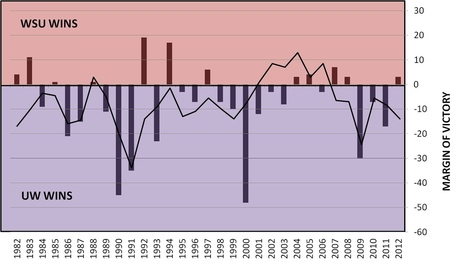 The Y-axis is the margin of victory. Columns are the difference in final score, with WSU victories being in the positive direction. The black line is the betting line for each game, positive values mean WSU was favored (giving) points and negative values mean UW was favored.

Here's tabled data for your enjoyment. Positive numbers in the line mean WSU is getting points (underdog), negative numbers mean they are giving points (favorite).  We aren't entirely sure, but think these are the opening lines, not where they closed at kick-off. Big thanks to Chad Lybeck for finding all this at Sunshine Forecasts