The 2013 Apple Cup, the 106th meeting between the Washington State Cougars and Washington Huskies, kicks off Friday at 12:30 p.m. PST on FOX. For the first time in 11 years, both teams will come into the annual rivalry game with winning records.

After a 55-21 drubbing at the hands of Arizona State on Halloween night, not many would have believed WSU would have more wins than losses at this point. That ASU loss dropped the Cougars to 4-5 and needing to win two of its final three games to reach bowl eligibility. 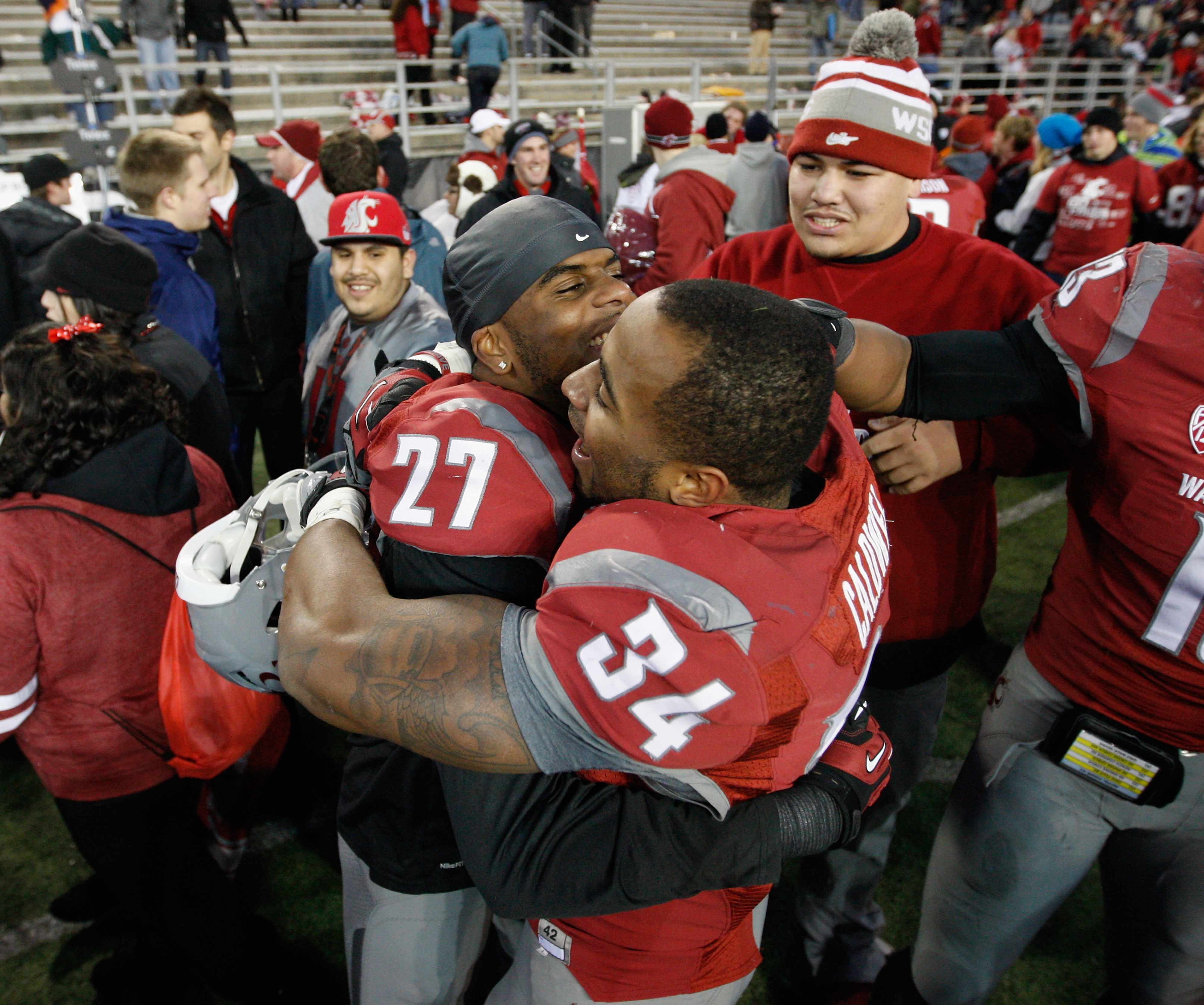 Friday marks the 35th meeting of winning teams in the Apple Cup. We examine the first 34.

Following a bye week, the Cougars came out with an upset win over Arizona in the desert, then followed that up by beating Utah for their first home conference win of the year. The latter put the Cougs at 6-5, meaning the team will most likely head to a bowl game for the first time since 2003, regardless of the Apple Cup outcome.

Washington didn't need late-season heroics to reach bowl eligibility, but it got a key win over the Oregon State Beavers last weekend. The 69-27 victory was the Huskies' only conference road win of the season, in contrast to WSU's three road victories and just one home win.

WSU currently holds the Apple Cup after defeating the Huskies, 31-28, in overtime last season. That game featured an 18-point fourth-quarter comeback from WSU, the biggest in the history of the rivalry.