The Apple Cup just got a little bit tougher for the Cougs.

The folks over at B/R must not have thought the news SEO-worthy, because they hid it deep within their team schedule pages. WSU will be playing Washington in the final game of the regular season, but not the one you think (H/T to Michael Preston): 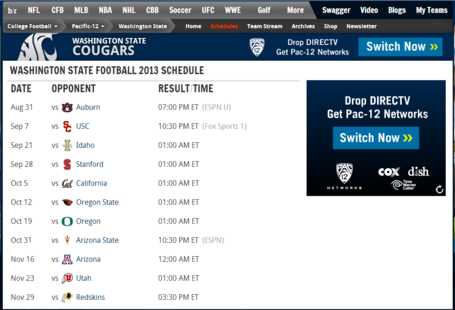 As Coug999 points out, WSU has also trimmed its schedule down to 11 games with the omission of Southern Utah.

Playing an NFL team seems like a tall task for Washington State. Robert Griffin III is likely to be healed from his knee injury by November, and Washington employs an entire 53-man roster of NFL caliber players. WSU does not.

But there is good news! B/R says Washington will be playing a rigourous schedule this season, including many weekends with two games (H/T Kyle Sherwood): 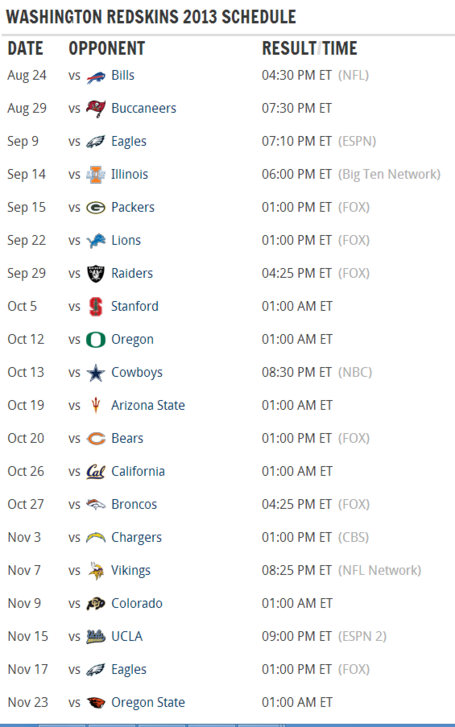 Now, what about the Huskies? According to B/R, it appears that UW is on some sort of double-secret probation. The Dawgs' schedule features just four games for 2013 (H/T Dan Shirley): 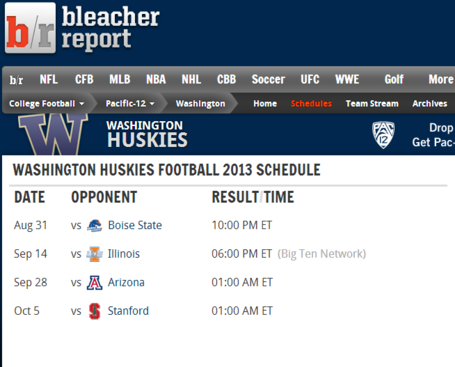 This is some truly great reporting from B/R--long known as a pillar of journalistic excellence. It was a modest move to bury these major pieces of news, so hats off to them.