The Bruins and Ducks battle for the Pac-12 Tournament title on Saturday night. Can UCLA overcome its rebounding troubles and a key injury to avenge an earlier loss to Oregon?

The Oregon Ducks gave up a chance at the Pac-12 regular-season title with the loss in their final game, but they have a chance to make amends and secure their spot in the NCAA tournament against the UCLA Bruins on Saturday night. The Ducks and Bruins meet with the conference tournament championship up for grabs at the MGM Grand in Las Vegas, Nev. at 8 p.m. PT on ESPN.

Oregon defeated UCLA in the only previous matchup between the two schools, a 76-67 victory at Pauley Pavilion on Jan. 19. That was part of a 7-0 start to conference play for the Ducks that set them up to contend for the conference crown down the stretch. Oregon's Dominic Artis played a key role in the win, tallying 14 points and six assists in 25 minutes of action. Artis was then hurt against Washington State the next time out, and the Ducks' league title hopes began to fade.

Artis has been back for the last five games, but he has been far from the same player. He lacks the efficiency with his shot and the ability to distribute that he showed earlier in the season. If Oregon is to defeat UCLA a second time, Artis will need to play a bigger part. 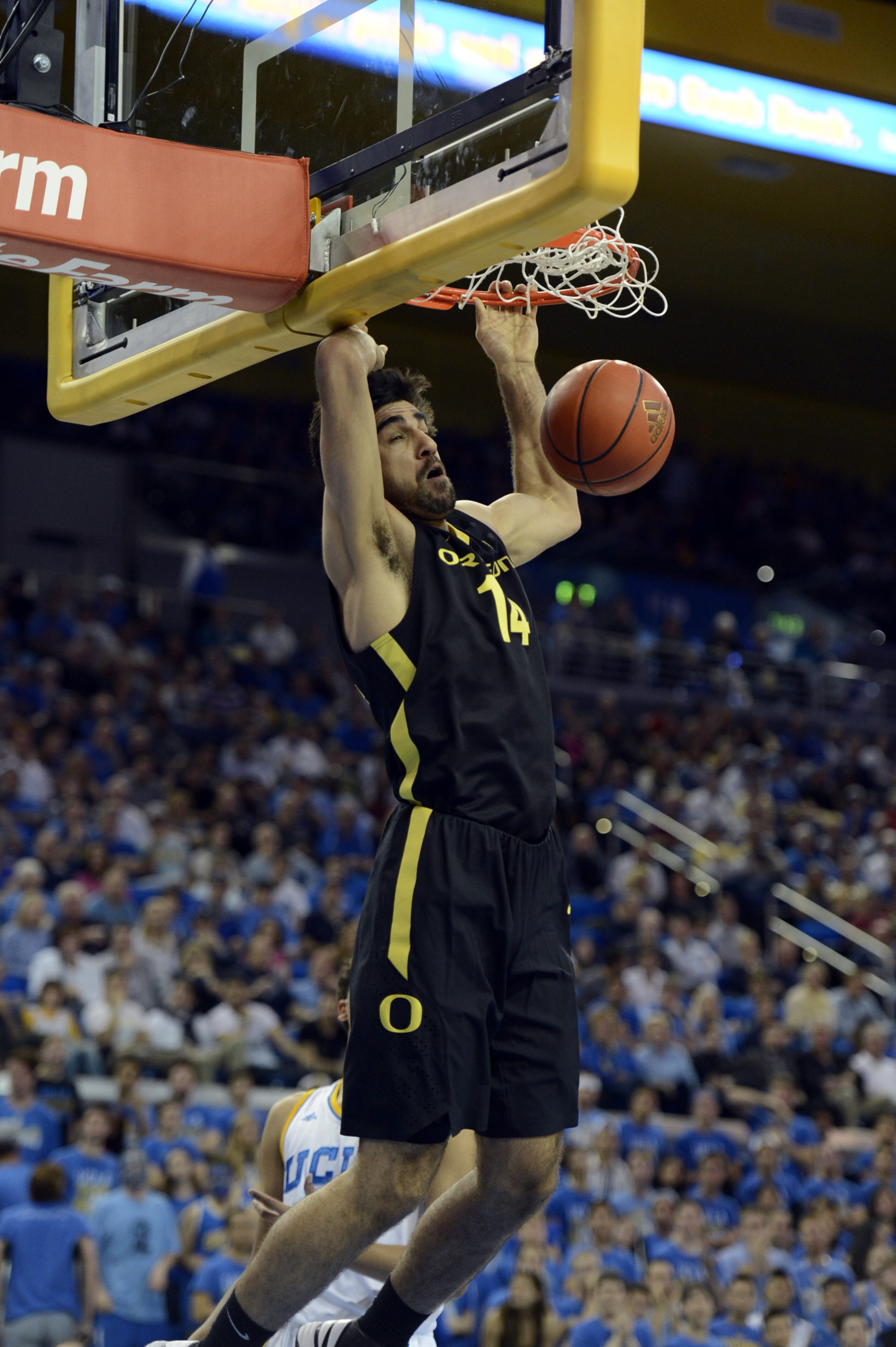 While Oregon has struggled offensively, especially in Artis' absence, their defense has allowed them to win games. Forward Arsalan Kazemi isn't as athletic or flashy as Colorado's Andre Roberson, but he impacts the game on the defensive end just as much. Kazemi was third-nationally in defensive rebounding percentage, grabbing 28 percent of opportunities while on the floor. Additionally, he led the Pac-12 is steal percentage and is adept at setting his feet and drawing charges. Kazemi has led a Duck defense that second in defensive efficiency during conference play, allowing just 0.96 points per possession.

The game figures to be a defensive battle, as UCLA was fourth in the league allowing 0.97 PPP. While Oregon is able to clean the defensive glass, the Bruins rely more on forcing turnovers and defending the perimeter for success. UCLA's Pac-12 opponents turn the all over 21 percent of the time and shot just 28 percent on three-pointers.

One of those perimeter defenders won't be around for the title game. Freshman Jordan Adams re-broke a bone in his foot on the final play of UCLA's win over Arizona in the semifinals. Adams' absence will be felt on the defensive end as well. He was the team's most efficient scorer, shooting 54 percent on twos and 84 percent on free throws. 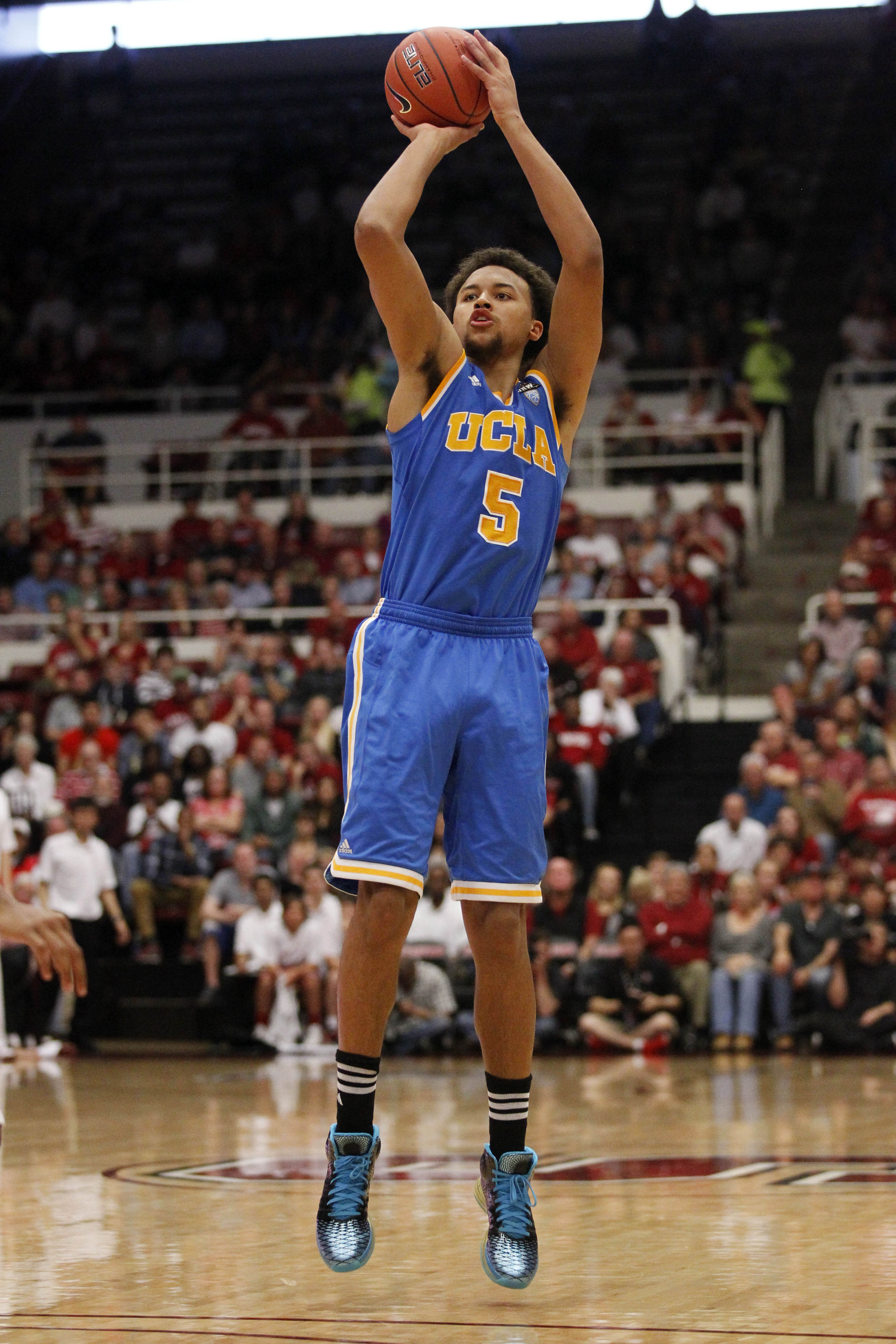 With Shabazz Muhammad already taking 31 percent of the shots while on the floor, it's unlikely that many of Adams' shots will be redistributed to him. Fellow freshman Kyle Anderson may have to take a more aggressive role. The smooth 6'9 forward with point guard skills isn't a threat to shoot from the outside, but has the ability to drive the lane (in slow motion) and get to the free throw line.

The Ducks were able to defeat UCLA by dominating the glass (as many teams have done against the Bruins). Oregon grabbed 35 percent of its own misses while limiting the Bruins to just 21 percent of theirs.Teams that have beaten UCLA have been able to exploit their rebounding weakness (think WSU's absurd performance on the boards). The Ducks are set up well to do just that.

Kenpom predicts a close game and basically a toss-up. UCLA is the slight favorite with just 52 percent confidence and an average score of 71-70. Both teams are expected to be under 1.0 PPP, but the pace should be lively. The Pac-12 Championship should be an entertaining game that comes down to the wire.