Football and men's basketball each slightly improved their numbers in the most recent report, which tracked student-athletes who enrolled in 2006.

The NCAA released its Graduation Success Rate data for 2013 last week, and WSU saw slight gains in its numbers for both football and men's basketball.

GSR tracks the percentage of student-athletes in a cohort who graduate within six years of initial enrollment. In this case, the 2013 figures reflect the 2006 cohort. Unlike the federal graduation rates, GSR takes transfers and students leaving in good academic standing into account.

The WSU football team's GSR rose from 53 percent in 2012 to 57 percent in 2013, while the men's basketball team's GSR increased from 78 percent to 80 percent. Here's a look at the results from the last four years with the Pac-12 median figures for each sport included for reference (click here to embiggen): 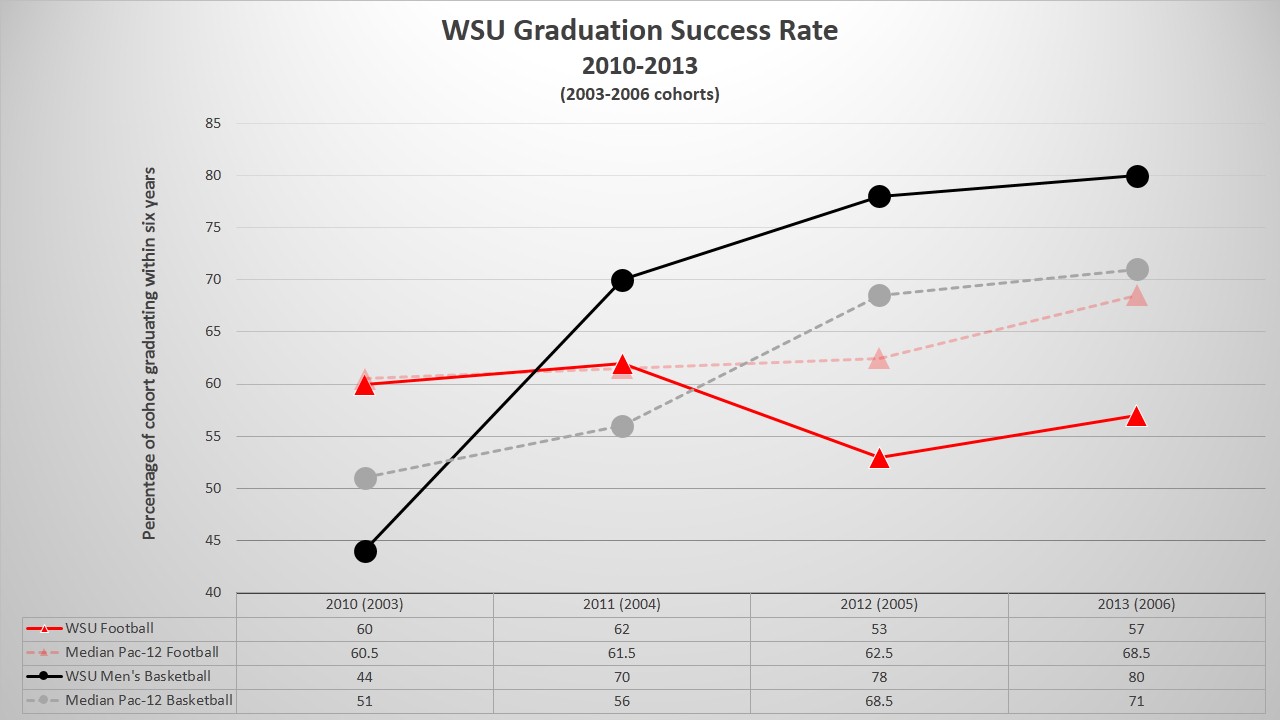 If the drop in the football numbers beginning with the 2005 cohort alarms you, consider that the 2006 cohort would span the final two years of the Bill Doba era and all four years of Paul Wulff's reign; as you know, an unusual number of players from Doba's last couple of recruiting classes washed out. Given that most student-athletes graduate within five years of enrollment, next year's numbers will mostly be a reflection of progress made under Wulff. I'd expect the number to increase once again, given that things stabilized later in his tenure (as they often do for a coach).

As for basketball, the 2006 cohort came in during Tony Bennett's first season as head coach, playing three years for him and then finishing up with Ken Bone. There's not much else to add here, other than I would anticipate the numbers looking excellent again next year before taking a huge hit the following year -- that 2008 cohort is going to include a lot of guys who didn't graduate, including DeAngelo Casto and James Watson, two guys who it is assumed were not on track to graduate when they left.

You can look up all the data for any school and sport here, in case you're curious about other schools or WSU sports.

To finish it off, here are the numbers for the entire Pac-12 in football and men's basketball for 2013. This will serve mostly as an opportunity to say, "Well, we might be below the median for the conference, but at least we're not Cal ..." 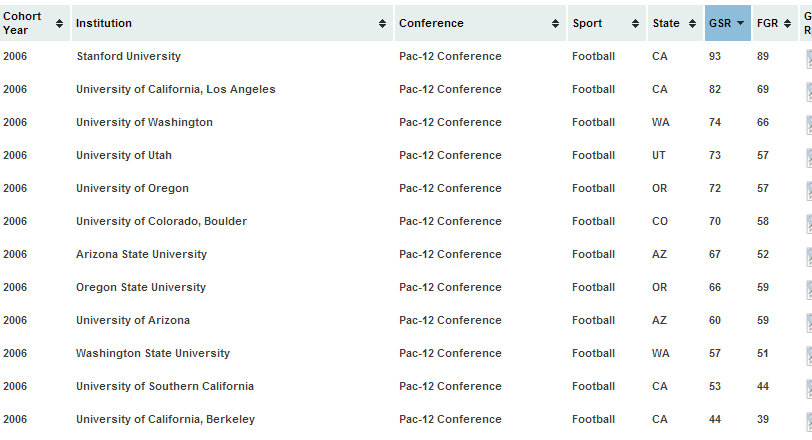 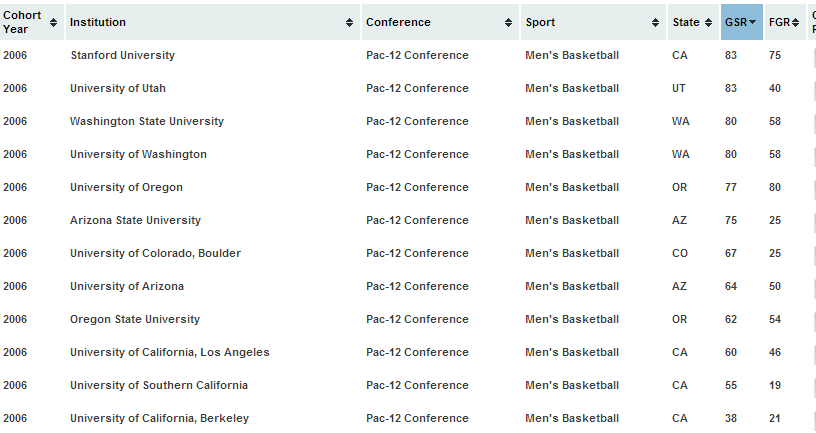