Tony Picard, 400-pound running back, wants to go to WSU

The oversized runner from White Swan High School near Yakima has become an internet sensation practically overnight. And he only has one college on his mind.

Share All sharing options for: Tony Picard, 400-pound running back, wants to go to WSU

In just about three days, Tony Picard of White Swan High School has gone from relatively unknown local oddity to internet famous thanks to a video that shows the 6-foot-4 and 400-pound running back -- yes, running back -- toting the football and predictably trucking his poor undersized opponents.

The video (above) has picked up more than 2.2 million views on YouTube, resulting in Picard and his coach, Andrew Bush, making the media rounds, including an appearance on CNN's "New Day" this morning. It's your typical morning news interview, but there is an thing of note in there. 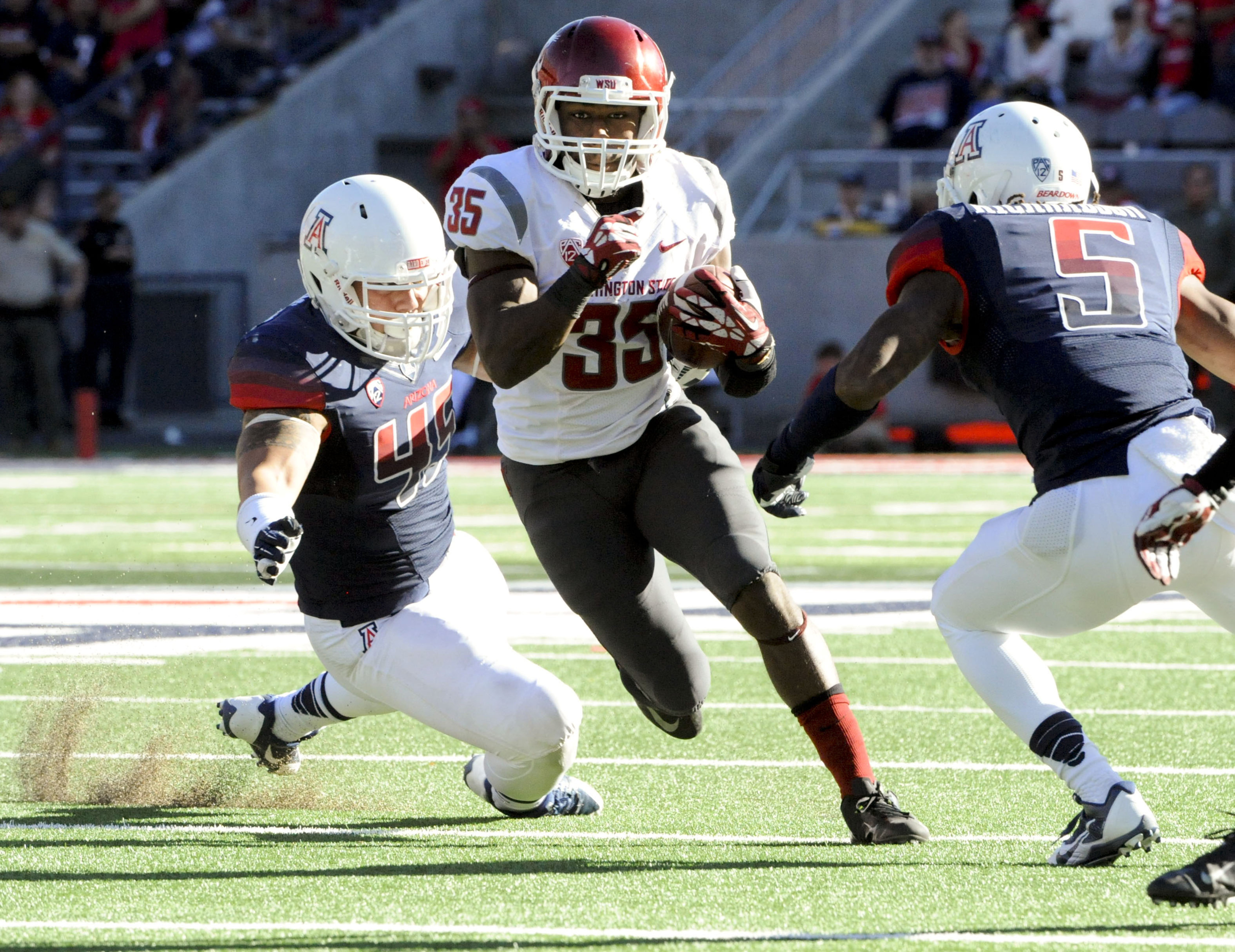 One of the hosts asked Picard -- whose school is about 30 miles southwest of Yakima -- what he'd like to do after high school.

Host: "Tony, you're a senior in high school now, about to turn 18, if you could play for any school, any college, any university, what school would you pick?"

[fist pump by a smiling Bush]

Here's to guessing Bush is a Coug, just like us.

Now, as near as we can tell, Picard hasn't received any interest from WSU (or anyone else), although Bush said he's getting some calls in the wake of the emergence of the video. It should go without saying that any school that is interested wouldn't see Picard as a running back but as a lineman.

Is the kid a legitimate Pac-12 prospect? I'm guessing coaches don't see him that way, or his name likely already would have been out there. There aren't a lot of secrets any more; the coach even made reference to Picard attending Central Washington's camp, meaning he hasn't been hiding or anything. So it's hard to believe he hasn't come across anyone's desk at this point.

But who am I to step on the kid's dream?

Bush (interrupting): "But he is open to other colleges ..." (laughter)

He'd have a lot of work to do to shape his body to really have a chance. You want WSU to take a chance on this kid? Scholarship? Preferred walk-on?