The Cougars look to leave the Old Spice Classic with two wins when they face St. Joseph's on Sunday in Orlando.

The Washington State Cougars have played their best basketball of the season at the 2013 Old Spice Classic, and they'll look to continue that trend against St. Joseph's on Sunday. The two sides will vie for fifth place in the tournament at 9 a.m. PST on ESPNU.

How did WSU get here? 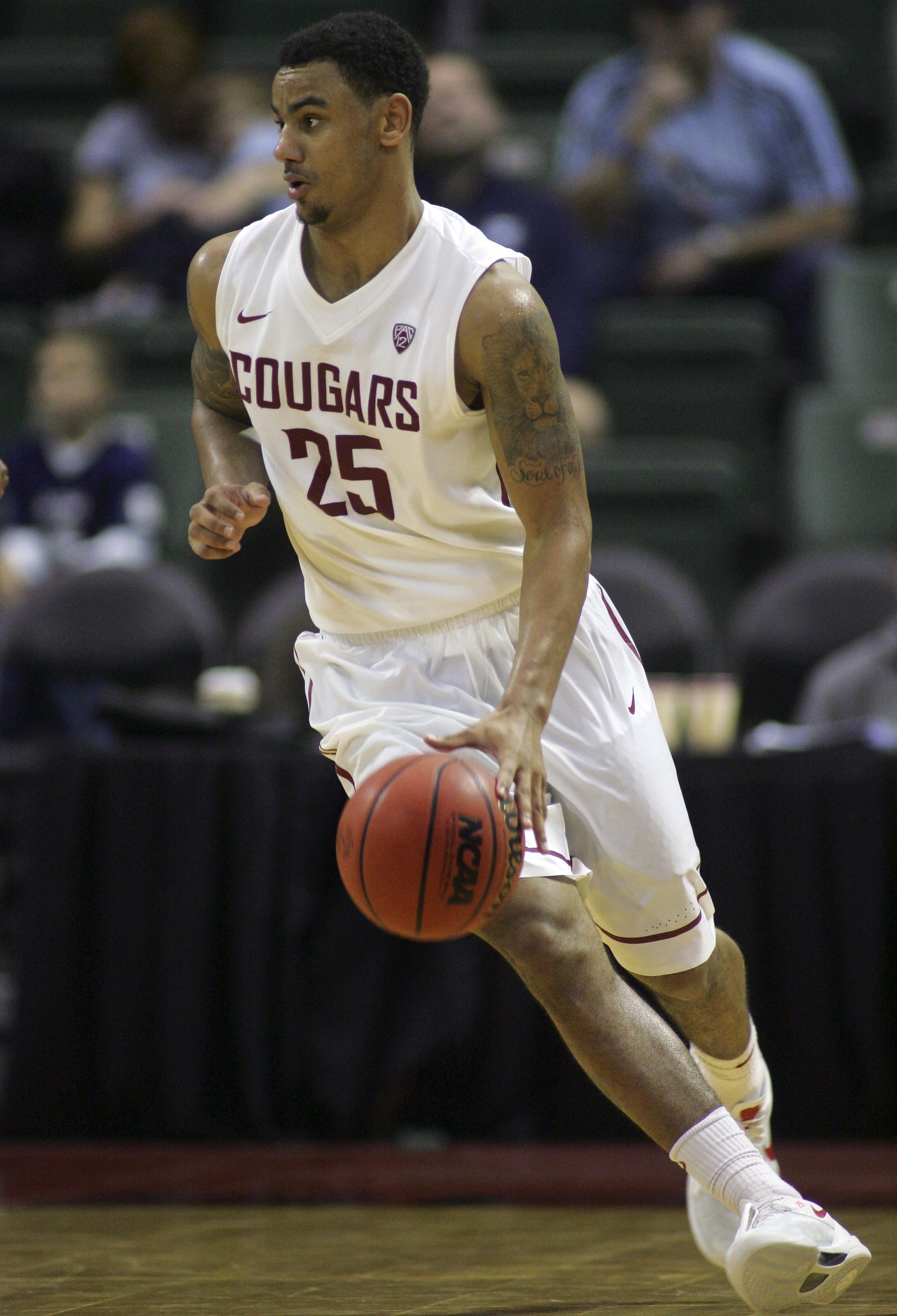 Check out the recap of WSU's comeback win over Purdue.

WSU reached the fifth-place game by beating the Purdue Boilermakers on Friday. In that contest, the Cougars overcame a cold-shooting first half to outscore Purdue 52-27 in the second en route to a 69-54 win. Washington State's frontcourt had its best outing of the year with the help of transfer Jordan Railey, who put up 13 points on 6 of 7 shooting.

DaVonte Lacy followed up his 26-point performance in a Thanksgiving loss to Butler with 16 points in the win over Purdue. The junior has taken well to an increased role in the offense so far this season.

St. Joseph's opened the Old Spice Classic with an 82-65 loss to LSU then beat Siena, 78-66, to set up the meeting with Washington State. The Hawks are 3-2 on the season overall, with the other defeat coming at the hands of Creighton.

The Hawks can shoot -- they rank 44th nationally in effective field goal percentage. A lot of that has to do with St. Joe's outside shooting, where the team is knocking down 40 percent of its 3s. Put that up against the WSU defense that has seen opponents make 41 percent from beyond the arc, and the Hawks could be in for a good day.

The good news for WSU: It is giving up significantly fewer 3-point attempts this season, about 28 for every 100 field goal attempts against 38 last season.

On defense, St. Joe's has been able to control the glass and limit fouls. The Hawks are grabbing almost 73 percent of opponents' misses, 56th-best in the country. Their opponents are also shooting just 35 free throw attempts for every 100 FGA, seven less than the national average.

Those two defensive strengths don't have a huge impact on WSU's game. The Cougs haven't crashed the offensive boards, as they are 210th in offensive rebounding percentage. They also rely on free throws for just 22 percent of their offense, which is just a bit below average.

Washington State's new defensive plan is supposed to be predicated on pressuring the basketball more, which in turn should create steals and speed the game up. The latter has been true -- WSU has the 41st shortest average defensive possessions nationally. The former isn't necessarily obvious, as the Cougs are still just average in steal percentage.

However, WSU is taking the ball away on nearly two percent more possessions this season, raising from 331st to 164th in the country.

And St. Joe's may provide an opportunity to do even better. The Hawks do well in taking care of the ball overall, but they are susceptible to steals. St. Joe's has had its pocket picked on 10 percent of possessions, 257th nationally.

Defensively, the Hawks' opponents have shot the ball well, particularly from long range (37.8 3P%). That bodes well for a WSU team that lives and dies by the three. Almost half of WSU's FGA are from behind the 3-point line.

Galloway has been on fire to start his senior year, hitting 52 percent on 2s, 45 percent on 3s and 82 percent on free throws. Add in a minuscule 5.1 turnover rate, and out pops Galloway's 138.1 offensive rating.

Kanacevic has an interesting stat line. The 6'8, 255 senior is predictably effective on the defensive glass, pulling down nearly 26 percent of opportunities. At the same time, he leads the Hawks in assist rate by playing a role in 30 percent of his teammates' baskets while on the floor. He also turns the ball over a lot, so expect Kanacevic's to have a hand in possessions frequently.

Kernich-Drew has struggled with his shot this season, leading many to wonder why he is seeing so many minutes. The redshirt junior is hitting on just 31 percent of his threes, and he has taken a lot of them (almost five a game). Could this be a game where DKD breaks out against a St. Joe's team that hasn't defended the perimeter well?

Iroegbu has been relatively quiet during the Old Spice Classic. He hasn't shown nearly as much of the driving and facilitating he did in the first four games of the season. WSU could use his aggressiveness against a St. Joseph's team that runs a tight rotation and could be deeply impacted by foul trouble.