As part of the full Las Vegas experience, a number of notable acts from the strip will be making appearances at the MGM Grand.

Share All sharing options for: Rock of Ages, Jersey Boys to make cameos at Pac-12 Tournament

Longtime WSU fans are constantly reminded of the differences between Tom Hansen's Pac-10 and Larry Scott's Pac-12, but perhaps nothing exemplifies the difference in eras more than this.

Not only has the conference's basketball tournament moved to Sin City. Not only will it take place in a casino - the MGM Grand. The Pac-12 has announced it truly is going Full Vegas while there: Rock of Ages, Jersey Boys, Boyz II Men, and other noted Las Vegas acts will be making cameos at the event. 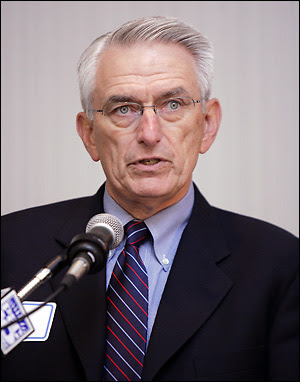 This is just your latest reminder that the Pac-12, under Scott, truly understands that entertainment is a huge part of college athletics. It stands in huge contrast to the stodgy regime led by Hansen, who appeared determined to keep "intercollegiate athletics" and its "student athletes" in the 1960s.

Here's the full entertainment schedule for the tournament: