It's a versatile play that can be used both to gash the defense big gains and also get just that little bit of separation in the red zone.

Share All sharing options for: Air Raid Playbook: The Wheel

Like other Air Raid pass concepts, wheel routes not only exploit man coverage, but are also useful against the zone. A wheel route is ran by the inside receiver. He takes a few steps outside toward the flat, then cuts upfield on the outside of the wide receiver. 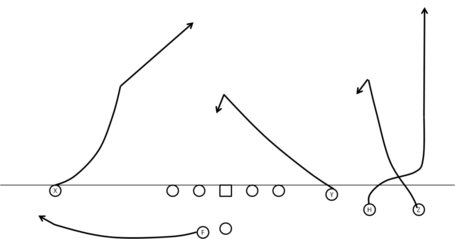 Coach Leach likes to use the combination of a wheel route with a curl by the outside receiver. We've seen the other routes vary in some plays, but this particular combination is used heavily, regardless of what the other routes are doing. Any time two receivers cross, man coverage is susceptible. Using the wheel in combination with a curl also allows the route to exploit zone coverage by vertically stressing the sideline zone.

Another typical wheel combination - with a slant route - is used in a different variation. We've seen double wheel routes ran using this concept, both in goal line situations and in the middle of the field. 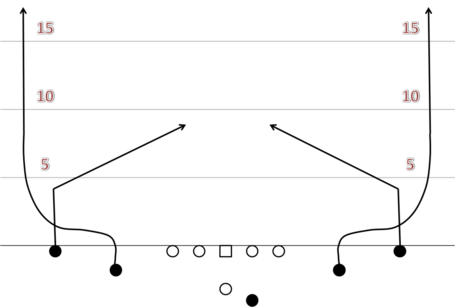 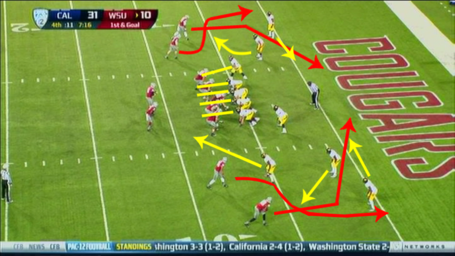 For a more in depth break down of this play, and some others from the game against Cal, follow this link.

The wheel can be called for within another pass concept, like shallow cross, or used in play action. Below are a few other examples of plays that utilized the wheel. Red circles indicate a completion, blue were incomplete, and the logo in the bottom left tells what game it was from. The down/distance is in the upper right of each diagram. 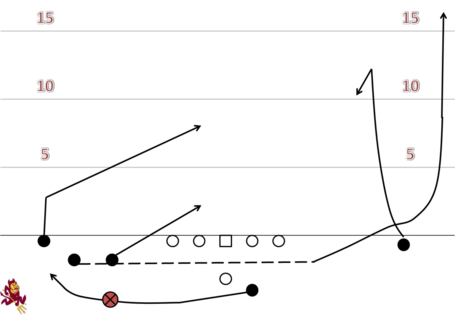 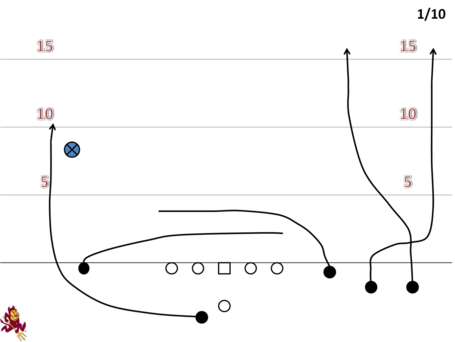 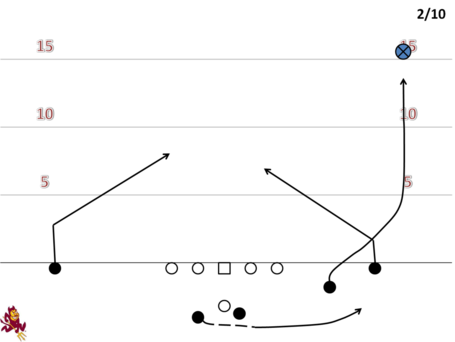 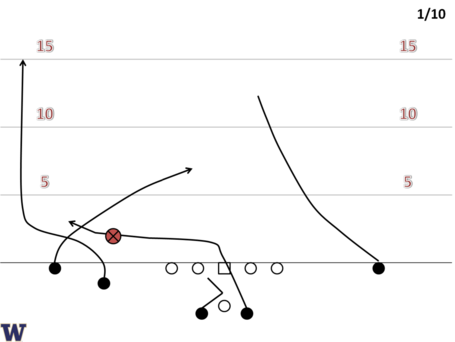 The wheel doesn't necessarily have to be the centerpiece every time it's called. In the play shown above from the Apple Cup, the wheel is used more to run off the corner during the play action than to be the primary target.

Additionally, as you know, Coach Leach will use running backs as viable receivers in route concepts, and the wheel is no different. Running backs are very difficult to track through the line of scrimmage, whether off a play action fake or just on their routes. After coming through the line, the RB will break to the flat outside, then cut upfield outside the numbers. Ideally this route is called against man coverage, isolating a RB one-on-one with a linebacker who will have to chase him to the flat then turn and run down the sideline -- something he's unlikely to be comfortable doing.

The wheel is another route that should be fairly easy for you to spot on TV, and definitely from the stands.