That one play where Dominique Williams is wide open forever.

The shallow cross can be assigned to X or Z in addition to the H-Shallow example we saw with the mesh. A shallow route is one step upfield then straight across.

As with every crossing route, the receiver will sit in the first open hole in a zone defense or keep running versus man coverage. The shallow cross created big plays for WSU pretty consistently last season, and in particular for one Dominique Williams.

Looking at H shallow from the Oklahoma Sooners playbook, which is called "Ace Rip 6", we can see the basic concept. Two vertical routes to the outside will draw safety/corner coverage deep, opening up the field underneath. A dig route is ran opposite the shallow route, settling into the first open zone, and a route occupies the flat where the shallow came from. 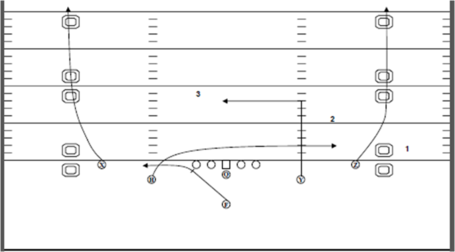 This play, X Shallow, from the game against Cal, is a pretty decent flag bearer for the concept. 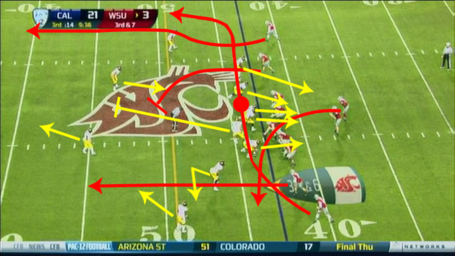 A more memorable example from the Apple Cup 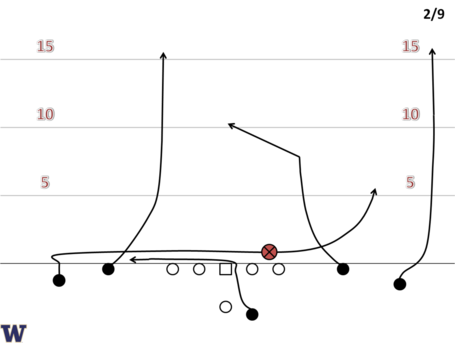 We were able to see a variety of shallow cross routes from WSU last season. In addition to the two GIFs above, some other plays we observed were; 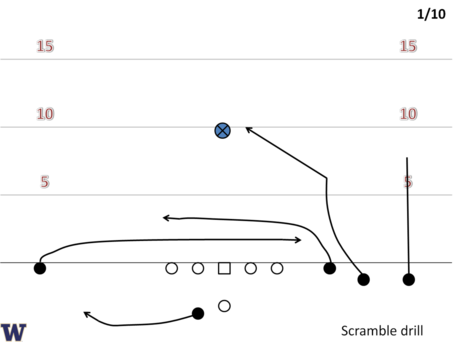 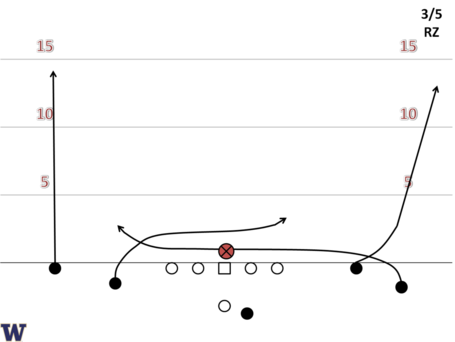 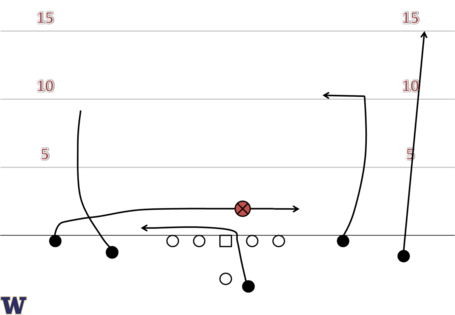 Like the mesh, you should be able to see this play develop on TV too. Look for the outside receivers running the shallow crossing route instead of the inside receiver. Oh and they'll be wide open sprinting down the field after they catch it.