When the Air Raid wants a big play, it usually goes to Four Verts. But Y-Cross is pretty good in that regard, too.

This week leading up to the Crimson and Gray game, we are continuing our Air Raid playbook series. The hope is that you'll get a better understanding of how the offense works and why it's conceptually able to exploit defenses, and if you're able to apply that to enhance your enjoyment of watching the Cougs, all the better.

Our next concept is a weakside flood called "Y-Cross". You may have noticed the general left-to-right (from the QB perspective) flow of the Air Raid concepts across the field. Defenses notice that, too, so Y-Cross keeps them honest.

As with the other concepts, let's start with the BYU origins. 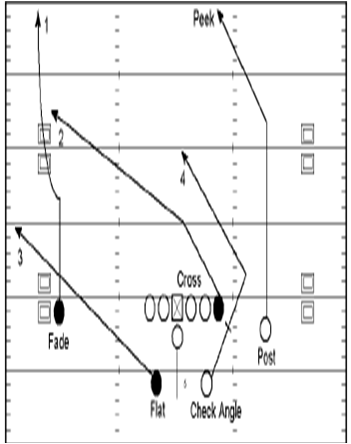 Coach Leach made his changes at Oklahoma, which may start to look a little familiar by now. Running backs are usually assigned to the flat, instead of the interior routes they ran at BYU. 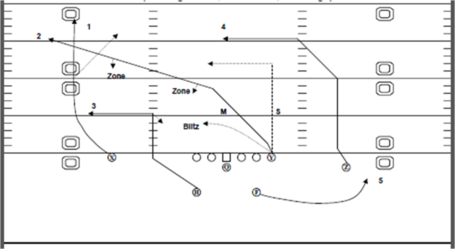 From the 1999 Oklahoma Sooners' playbook LINK

X is the first read to the outside. In the early days of the Air Raid (pre-Four Verts), Y-Cross was the "big play generator". X will either fade to the outside, or cut to the middle of the field depending on safety positioning. His job is to take the top off the defense.

Catch up on the Air Raid series here.

The next read is Y on the cross route, which has a lot of options: 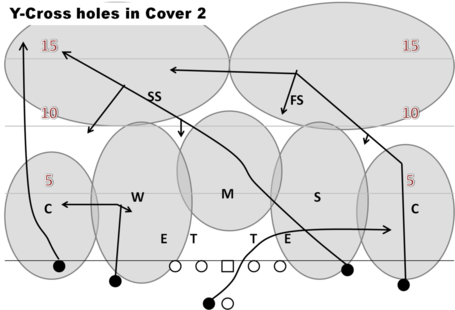 H is the third read on an option route. If the corner sits (Cover 2), H can turn inside and set up in front of dropping Will, otherwise he runs to the flat, always settling in the first open zone.

The next read is Z on a post dig route. He'll inside release and push upfield, selling a backside post for a few steps then breaking across the field. Z will sit in the first open zone, or keep running across if he's facing man coverage. The final checkdown is the running back swing to the flat.

Y-Cross is a little harder to "reverse engineer" from what we see the receivers do, simply because of all the variable routes receivers can run. Below are a few game examples we believe we saw. Typically, the cross route will be easiest to spot, then look for the dig route from Z. 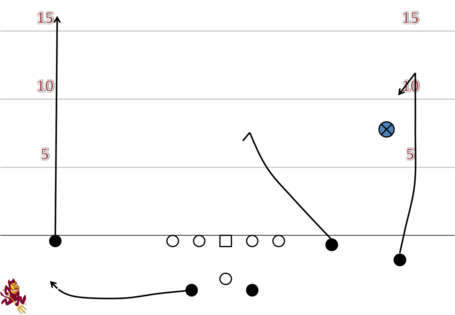 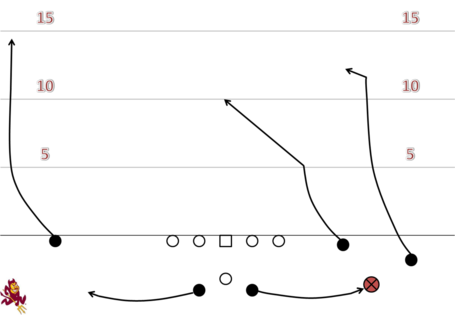 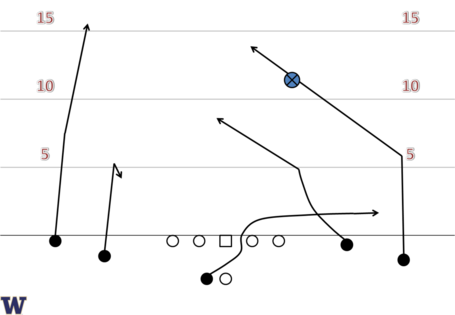 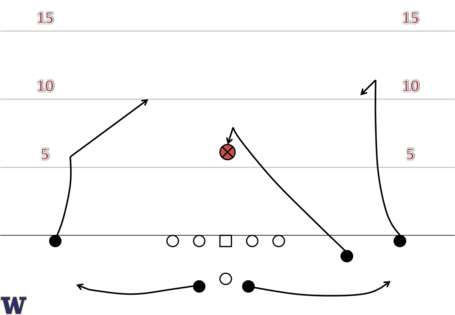 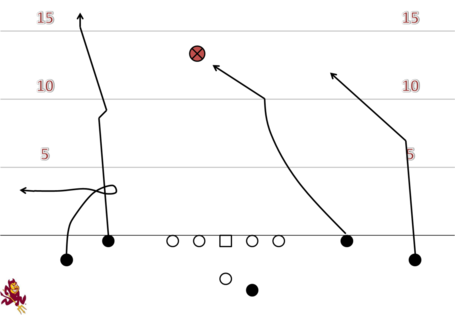 A nice wrinkle with the outside receiver running a stick route.

Then, of course, there's the greatest Y-Cross in the history of WSU. Mike Price obviously didn't run the Air Raid, but you can see how these different offenses overlap conceptually. After all, Leach talks in Swing Your Sword about learning not just from BYU, but from Price's one-back offense.